At the intersection of the fiscal cliff, health and the Farm Bill 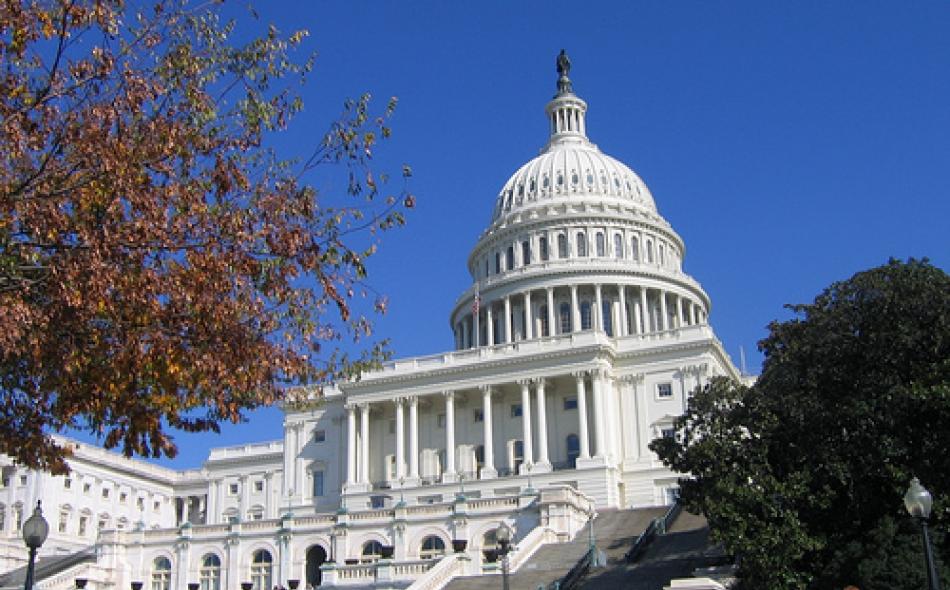 President Obama has called for $1.2 trillion in spending reductions, but broad, indiscriminate cuts could mean costly impacts on public health.

It’s no secret that many economists believe the nation’s toxic mix of soon-to-expire tax cuts and automatically triggered, across-the-board federal spending cuts could send the economy off a precipice at the beginning of January and into another recession. If that happens, every American taxpayer and industry will be profoundly affected, and agriculture is no exception.

But if we fall off the fiscal cliff without Congressional action, indiscriminate cuts could have an impact on the health of our food system. Some of the major impacts could include:

A series of high-profile cases of food contamination in recent years has underscored concerns about food safety enforcement; CNN reports that universal cuts to federal programs would decrease the funding available for plant and animal health inspections by $71 million and the budget of the Food Safety and Inspection Service Agency by about $1 billion. In very simple terms, this would reduce the number of inspectors on the ground working to keep our food supply safe for consumption.

Much of the most important research on food, health and nutrition is coming out of publicly funded organizations like the National Institute for Health (NIH), the Center for Disease Control (CDC), and the Food and Drug Administration; these organizations, among others, receive and administer grants and conduct research across the country that together make up the cutting edge in the fight against obesity; their work, too, would be cut by 8.2 percent without Congressional intervention.

In a country awash in obesity-related illness, a growing body of research is finding that fruits and vegetables are some of best preventative medicines out there. Fruit and vegetable production was supported in the most recent Farm Bill in the form of special research grants, but inaction on the Farm Bill and fiscal cliff legislation this year would allow these and many other such health-focused grant programs to fall by the wayside.

It is inevitable that the Supplemental Nutrition Assistance Program (SNAP) and Women, Infants and Children program (WIC) will face budget cuts in the months ahead, even if Congress finds a compromise in fiscal cliff negotiations. Though they provide food access to millions of low-income Americans, these large, costly entitlement programs are generally seen as low-hanging fruit by their budget-cutting opponents.

Without action, though, the case would probably be worse for SNAP, WIC, and other food assistance programs; WIC alone would lose $543 million in nutritional assistance for mothers and children.

Of course, if Congress cannot cut a deal to avert the fiscal crisis, it wouldn’t be the first time in recent months that failed compromise in Washington has led to inaction of historical proportions: in September, faced with a deadline for expiring Farm Bill legislation, that all-important package of food, trade and health policies was allowed to expire without renewal or extension for the first time since 1949. Though the dust hasn’t quite settled on the expired Farm Bill, the implications of its expiration are far-reaching and potentially very serious for farmers, consumers, public health and the broader economy.

As some key legislators have already identified, the 2012 Farm Bill could be one of the keys to averting a tumble off the fiscal cliff. At best, the looming crisis could spur passage of an overdue Farm Bill, one that would make relatively modest cuts to SNAP and other nutrition assistance programs. The Senate version of this year’s Farm Bill, passed in July, includes over $23 billion in total spending cuts—not an insignificant portion of the $1.2 trillion in spending reductions President Obama has called for. Unfortunately, much of that savings comes directly from programs that safeguard human and environmental health, like SNAP (cut by $4.9 billion) and the Conservation Stewardship Program (CSP), but much of it also comes from cutting wasteful direct payments.

Though the Senate’s would-be Farm Bill cuts billions in spending, nutrition programs don’t shoulder nearly so large a proportion of the burden as they would in the case of the proposed House Farm Bill. The House would cut $35 billion from Farm Bill programs, roughly half of which would come from SNAP alone: a loss that would eliminate benefits for between 1.8 and 3 million individuals, plus healthy school lunches for more than a quarter million low-income kids.

There is every indication that in a worst-case scenario, the absence of a Farm Bill could magnify the impact of an already precipitous fall off the fiscal cliff, and vice versa. Rising commodity prices, coupled with large tax hikes and a diminished safety net for farmers and low-income families alike could prove devastating for many already-struggling Americans.

There are a lot of moving parts at play as the deadline for action approaches, but the bottom line is that, in almost any feasible scenario, food and health programs will face significant cuts in the coming months. The choice ahead seems to be between across-the-board cuts that will dramatically and indiscriminately cut key food- and health-focused programs and controlled cuts that seek to better balance nutritional assistance with a fair and functional farm safety net. In order to achieve the latter, we need action on a Farm Bill in 2012 to make it part of the broader solution.

Michael Pursell is a researcher on health and agricultural policy currently on contract with IATP.