State of the Union: Green energy and rural 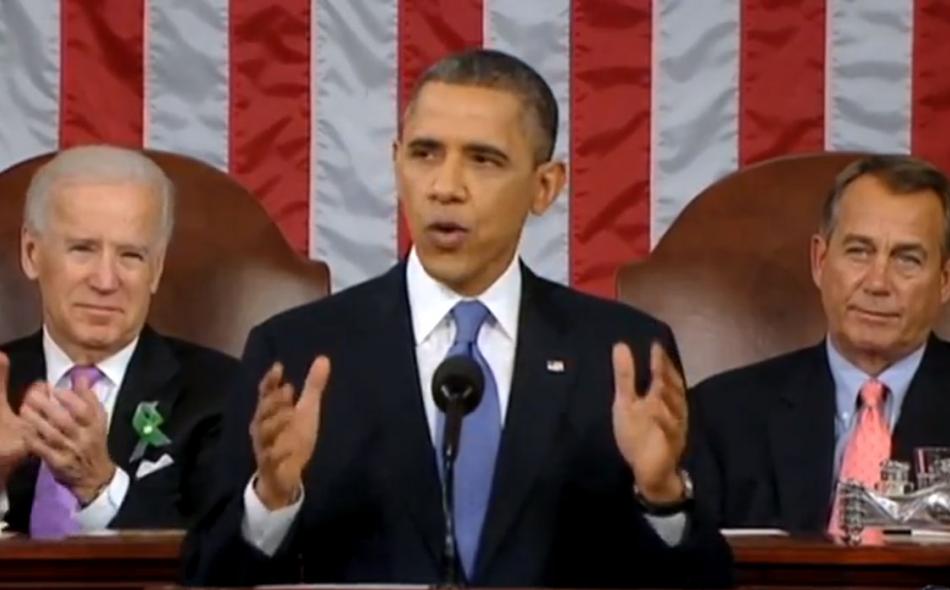 Rural resistance has helped slow the development of renewable energy. It doesn't have to be that way. For the President's green-energy plans to succeed, he needs to reach out to the rural leaders who are ready to act on climate change.

President Barack Obama made urgent calls for new steps to address climate change in his State of the Union address yesterday, “for the sake of our children and our future.” While the focus was on renewable energy, he missed an opportunity to talk about the essential ingredient for addressing climate change: the support of rural communities.

Due to the structure of our legislative system, representatives from rural America—and their constituents—have played a disproportionate role in derailing federal climate action over the last several years. Rural resistance is due, in large part, to the complete neglect of this constituency by U.S. climate policymakers and activists, which allowed climate issues in rural America to be defined primarily by the fossil fuel industry and its surrogates.

Without positive, pro-rural voices, or proposals on the table that emphasize the opportunities, climate change deniers have been able to—correctly—focus on the additional burdens that new regulation or taxation would bring to parts of the country that already have lower incomes and higher energy costs than cities.

Encouragingly, some rural perceptions about climate change are changing. Rural people are already experiencing and responding to the climate crisis in myriad ways. One of the most severe droughts in U.S. history is still unfolding, forcing farmers and ranchers across the country to rethink crop and livestock production systems.

There is a boom in wind and solar installations, most of which are occurring in rural areas. The fights over new fossil fuel development, the tar sands pipeline and fracking have emerged as a major land-use conflict in rural communities across the country.

This awakening to the realities of climate change holds real potential to reduce obstructionism and actually catalyze rural support for effective climate policy. For this to happen, Washington needs to engage rural leaders, organizations and citizens “where they are” in climate science and climate policy; spread the word about viable and profitable climate-friendly agricultural and forestry practices; invest in, encourage and support local investment in new opportunities for rural economic development; and, most importantly, listen and support the growing cadre of rural leaders who understand the need and value of effective climate policy, nationally and internationally.

Understanding rural communities’ concerns and interests around climate change and climate policy is the essential starting point. In general, their views are based upon their economic and social realities, which differ in some key ways from their urban counterparts, particularly around the issues of wages and energy costs. Rural residents, on average, earn less than urban residents, and expend a higher percentage of their income on transportation and energy. Existing farm and rural policy, and the farming and rural development that follow, pull in the opposite direction from what is needed to address climate change. For most farmers, fertilizer, pesticides, diesel fuel and propane used for crop drying represent some of the biggest crop production costs. Because these are mostly derived from fossil fuels, it is hardly a surprise that farmers would reflexively oppose any policies that result in higher fossil fuel costs—especially since neither agricultural researchers and educators nor agricultural policies and markets have done anything to promote or support viable, climate-friendly farm production options.

Rural opposition to effective climate policy is not inevitable and can be reversed. Rural communities have the highest potential to gain from a shift away from fossil fuel energy and inputs. Whether it is renewable energy, reinvigorated local food economies, or more carbon friendly land use, rural communities are where the “production” part of a carbon-friendly economy will happen, and where much of the benefit can be retained. However, to date, rural communities have not been a clear priority area for promised green jobs and climate-related development. Where green jobs and climate-related investments have been focused in rural areas (as in the case of wind and other renewable power production), the benefits have often gone to big corporations and bypassed the local communities where these facilities are located.

For rural citizens and farmers to support climate policy and action, they need to see how policies, programs and new development and infrastructure address their existing concerns while also effectively meeting the long-term challenge of mitigating climate change itself. Simply put, to make progress on U.S. climate policy, we need to support and assist rural leaders who are ready to act.

The next two years will be crucial. The way the climate issue is defined between now and the 2014 mid-term elections will determine the political context within which the Obama Administration approaches national policy as well as the international negotiations for a 2015 climate agreement.

Let’s hope President Obama extends a hand to rural communities and starts us on the path toward real climate action.