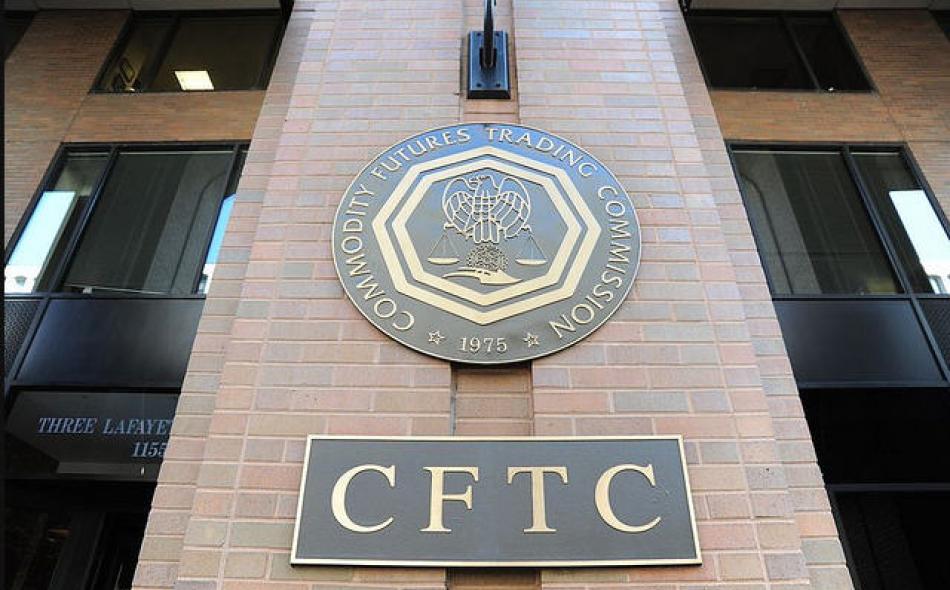 If you want to reduce crime, you have to make sure there are enough cops on the beat. Something similar can be said for market regulation. We can’t expect markets to work if we don’t invest resources into making sure government agencies have the right regulatory tools at their disposal and have adequate resources to effectively implement and enforce the rules. A Better Markets study estimates the quantifiable cost of the financial services industry triggered Great Recession at $12.8 trillion. Now the publicly bailed out industry and its Congressional allies want to take cops off the market beat. Tomorrow, the House Committee on Agriculture is holding a public hearing entitled The Future of the CFTC: Market Perspectives, featuring a panel of CEOs who have opposed most attempts to regulate the unregulated parts of the markets and supported CFTC budgets that are inadequate for enforcing the rules.

The U.S. Congress last authorized the work of the Commodity Futures Trading Commission (CFTC) as part of the 2008 Farm Bill. Senators Debbie Stabenow and Thad Cochrane, Chairwoman and Ranking Member of the U.S. Senate Committee on Agriculture, requested comment for the 2013 reauthorization of the CFTC. We responded in a May 1 letter, outlining seven ways in which the CFTC should be reauthorized to improve regulation of the $300 trillion of derivatives contracts over which the CFTC has authority.

Most of the commodity and financial derivatives market reform since the 2008 CFTC reauthorization is the result of the partial implementation of the Dodd-Frank Wall Street Reform and Consumer Protection Act (DFA). Already during this session of Congress, the House of Representatives has introduced several bills to annul parts of the DFA and/or to impede the ability of the CFTC to implement the bill.  We advised the Senators of our opposition to these bills in the form of sign-on letters submitted by Americans for Financial Reform and the Commodity Markets Oversight Coalition.  Senators should not emulate the House’s path to “improving” the DFA by undermining it and underfunding the CFTC with a budget appropriate for the much smaller markets of the late 1990s. Instead, we present seven ways in which the Senate should reauthorize the CFTC and improve market regulation:

2.       The DFA requires unregulated Over the Counter (OTC) derivatives contracts to be traded on regulated exchanges, which report trade data daily to the CFTC. However, OTC dealers and their major corporate clients claim that OTC contracts are so “customized” that they cannot be coded uniformly to enable the CFTC to do the data surveillance to enforce the DFA. The CFTC should be empowered to require uniform and comprehensive reporting of OTC contracts, as a condition for the trading of the contract, to enable data surveillance and enforcement.

3.       High Frequency Trading has become notorious for causing sudden and drastic price declines, known as “flash crashes” in commodity and financial markets, in a matter of minutes or even seconds. For example, a hijacked Associate Press Twitter account falsely reported on April 23 that President Obama had been injured in a bombing of the White House.  The false report, fueled by HFT, temporarily erased $136 billion of market value. The DFA provides the CFTC with no authority to regulate HFT. Draft European legislation would provide such authority. The CFTC should be authorized to do a major study of HFT and recommend to the Senate whether and how HFT could be regulated.

4.       The DFA does not directly discipline commodity index funds (CIFs), which combine up to 24 commodity contracts in a single fund formula. CIFs are invested to increase agricultural and non-agricultural prices over the long term of the investment objectives of pension funds, endowments and other institutional investors. Therefore, CIFs do not respond to the supply and demand factors that guide the price risk management investments of both commodity producers and users (commercial hedgers) and traditional speculators. The CFTC should be authorized to undertake a major study of CIFs, both Over the Counter and exchange traded, and advise the Congress on whether the CIFs violate the objectives of the DFA and the Commodity Exchange Act.

5.       The CFTC’s penalties for regulatory violations are fines that are too small to dissuade some market participants from regarding them as a normal cost of doing business to be paid by shareholders. The CFTC should be authorized to study to determine how to make fines more dissuasive for repeat and egregious offenders, and to evaluate whether trading bans and loss of license to trade could be effective penalties.

6.       The CFTC is the only financial regulatory agency that is not self-funded to some extent, on the basis of registration and other fees levied on market participants. The Senate should authorize the CFTC to become a self-funded agency, to enable continuity and consistency of its work in overseeing futures exchanges that have grown five-fold in the past decade and OTC markets that are forty times larger in value than in 2000. Otherwise, the agency will be vulnerable to the budget cuts that will curtail DFA implementation and their enforcement activities, according to testimony by CFTC Chairman Gary Gensler.

7.       The DFA requires that foreign firms, including foreign affiliates of U.S. firms, which trade on U.S. markets, have “comparable, comprehensive oversight” to that of the DFA in their home jurisdictions.  The CFTC proposed guidance for the cross-border application of the DFA has been met with furious resistance by the U.S. firms. These are many of the same firms (such as AIG, Goldman Sachs, JP Morgan, MF Global) whose trades triggered the financial catastrophes that have resulted in at least $10 trillion, and perhaps as much as $22 trillion in damage to the U.S. economy, according to the General Accountability Office. Wall Street lobbyists, their Congressional allies and foreign regulators are advocating to U.S. officials mere “recognition” of high level principles of regulation instead of the CFTC’s cross-border requirements. However, to prevent U.S. firms from evading U.S. rules by trading through their foreign affiliates in weak regulatory jurisdictions, IATP told the Senate that it should support the CFTC’s proposal to negotiate the terms of regulators’ access to data on foreign affiliate trades of U.S. registered firms.  Without access to that data, the CFTC will not be able to prevent trading fiascos, such as the JP Morgan “London Whale” trades investigated by Senator Carl Levin, from once again bankrupting U.S. taxpayer bailed out firms. Firms registered in regulatory jurisdictions that refuse the CFTC access to foreign affiliate trade data should be temporarily barred from trading in the U.S. unless and until arrangements could be made to ensure such data access. Data access negotiations must ensure reciprocal access for foreign regulators to the U.S. affiliate trades of foreign firms.  Otherwise, the United States could become a haven from regulation, like the Cook Islands.

The Senate should seek the reauthorization of the CFTC independent from the Farm Bill negotiations, which may not be concluded before the Congressional elections in the fall.  Regardless of the timing of the reauthorization, as the trillions of dollars scale of price-fixing and other financial malfeasance become apparent, the Senate should repudiate the attempts of the House of Representatives to weaken the CFTC and to cut its budget for enforcement. Furthermore, insofar as the trading of price fixed contracts and instruments occurs through the foreign affiliates of U.S. firms, we urge the Senate to support the CFTC’s implementation of cross-border rules to regulate the trading of global firms.

The Congress, rather than supporting U.S. companies that trade in weak foreign regulatory jurisdictions to circumvent U.S. law, should support the CFTC and other financial regulatory agencies as they fight to implement the DFA against fierce Wall Street resistance.