It’s not just the price of food, stupid 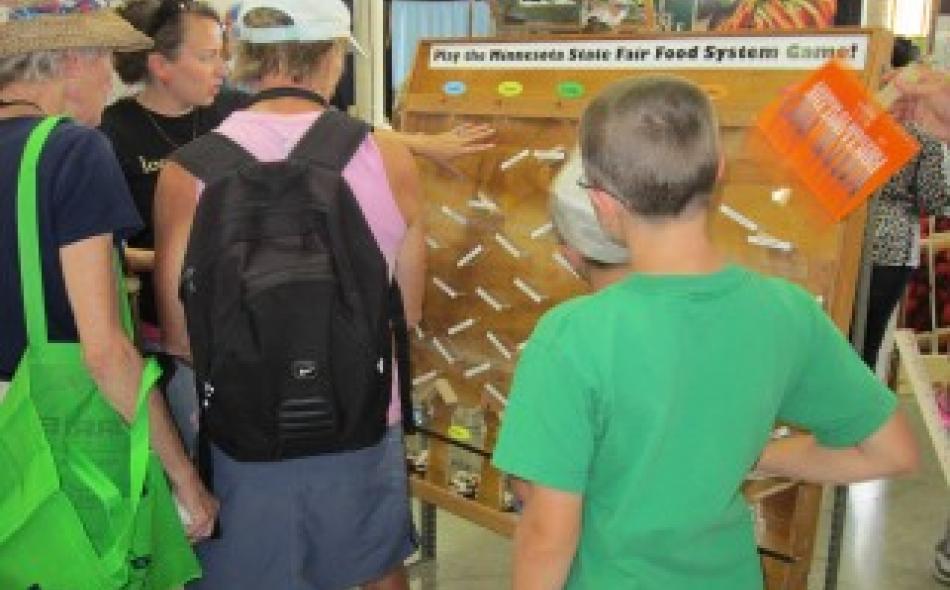 Eric Holt-Giménez, director of the amazing food policy think tank FoodFirst, recently wrote in the Huffington Post that if healthy, organic food is unaffordable, this is a problem of wages and rights, not inherently a problem with healthy, organic foods. Meanwhile, Doug Rauch, the former president of the grocery chain Trader Joe’s is set to open a market “to repurpose the perfectly edible produce slightly past its sell-by date that ends up in the trash . . .  [the market] will prepare and repackage the food at deeply discounted prices.” One could take Rauch’s apparently noble kludge to reinforce the old saw that people only care about price when it comes to food.

This, of course, is nonsense.

One needn’t look so far as the ludicrously luxurious meals available, or even the 1000 percent mark-up we’re ready to pay for a $0.20 cup of coffee to realize this. Surveys show that Americans have a large number of values that they bring with them to their food choices—price being one, but only one. Thus, when we go out and buy food that costs more, say, than the USDA’s “Low-Cost Food Plan” (which allocates between $2.15 and $4 a meal), we are not making economically irrational choices. Rather, we’re attempting to balance price among many other factors. When the argument turns purely to price, what follows is most often an attempt to distract from the more appropriate conversation—a conversation about what kind of food people should have a *right* to access. I would argue that we should correspondingly strive for systems that enable people to make the choices to buy sustainable food affordably, that reflects the real prices—it isn’t a matter of keeping prices down, but constructing a system where the rights and economic access to better choices is present.

This is not to say that no one wants low prices; of course we all like to pay low prices. But at the same time, I’d say we also want fairness (a factor industry surveys tend to, er, “forget” to ask about!). Indeed, I would argue that most people want to think they're paying a fair price based on what something costs, environment-wise and labor-wise.

It is of course true and vitally important to note that many of my fellow Americans depend on low prices for food access. But let’s not get confused—it is one thing to need low prices in order to get access to food. Food is necessary to survive, to say nothing of thriving and overcoming the numerous hurdles placed on low-income Americans. It is quite another thing to say that because many of our fellow citizens depend on low prices—and on essential programs like SNAP (food stamps)—that they, or we, don’t or shouldn’t care about more than price. The choice for people with low incomes should NOT be between survival, sustainability or accepting the exploitation of your fellow human beings. The cuts to these programs, and the fact that profit margins and revenues have been going up, but wages haven’t, points to the huge problems we have with inequality in the U.S. We cannot and must not forget that this is the root problem. Trying to obscure this by insisting that no one should be paying for what our food system actually costs, or that Americans with scarce economic resources should have no choice but to buy food that is bad for the health of the people who make it, and bad for the health of the environment it is made in, is ridiculous. The price isn’t the right focus: wages, inequality and a lack of democratic control are.

But what about the rest of us, those who might have more economic means but still want low prices (expensive coffees and non-Low Cost Meal Plans aside)? Well, it is true that we are inconsistent and fickle enough as humans that we can compartmentalize—we can perhaps conveniently “forget” that some Everyday Low Prices incorporate Every Day Poverty Wages Under Horrible Conditions for workers somewhere. On the other hand, companies from Apple to Walmart and many more intentionally leave the exact working conditions all their products are made under undisclosed. And of course it isn't required, say, to have pictures of the conditions inside the places where products are made—be it meatpacking or garment-making. The supposed "consent" of people to low prices in exchange for all the human and environmental destruction is manufactured and constrained by under-accountable corporations and inadequate oversight. We can’t “consent” to what we don’t know, and saying “well, any consumer’s gotta realize this was made under horrible conditions” is far cry from actually providing the information to consumers, front and center, to say nothing of what our preferences might be for a different food system altogether.

This is why continuing to push for global transparency and accountability is critical toward more democratic, decentralized control of the food system and the economy. There may be a few people who can look at a factory farm and think “I’m still in the mood for industrial pork!” A few people will look at a picture of a workers living in abject poverty in Bangladesh and still buy that pair of capri pants. But this number of people shopping “purely on price” is a much smaller slice of the consumer pie than large corporations currently recognize. And the companies know this as they hide their true practices behind rhetoric of family-owned businesses, strict animal welfare standards, and proud, hard-working, red-blooded Americans. Otherwise, as I used to say to my students, if people truly only cared about prices, you could call your CAFO-ed hamburgers "Grade A Torture-Made Meat," and people would still buy it. But everyone, McDonald’s to WinCo, Safeway to YUM! Brands, does their best to make us think their Fine Meats and Cheeses are produced in nothing but the most idyllic of pastoral settings.

It'll be a long haul, but requiring that companies be up front about their practices and the true costs these practices have on humans and the environment will help make the many alternatives all the more feasible (for example, the estimated externalized—unpaid-for—costs of just our pesticide application in current the food system ranges into the many billions of dollars). People are also hungry for affordable alternatives, and have been embracing them. The changes we're going to see will come from continuing to develop and fight for these alternatives, and from continuing to expose the true costs we're placing on everyone for the artificially cheap prices of food. This isn’t about consumer choice, it’s about consumer sovereignty, citizen sovereignty and food sovereignty.

Photo: From a Food System Plinko game at the Minnesota State Fair. "People are encouraged to vote with (agricultural) tokens for which part they value the most. The tokens (beans) falling through the obstacles on the Plinko board show the web of interconnected processes that are involved in the food system." More information.