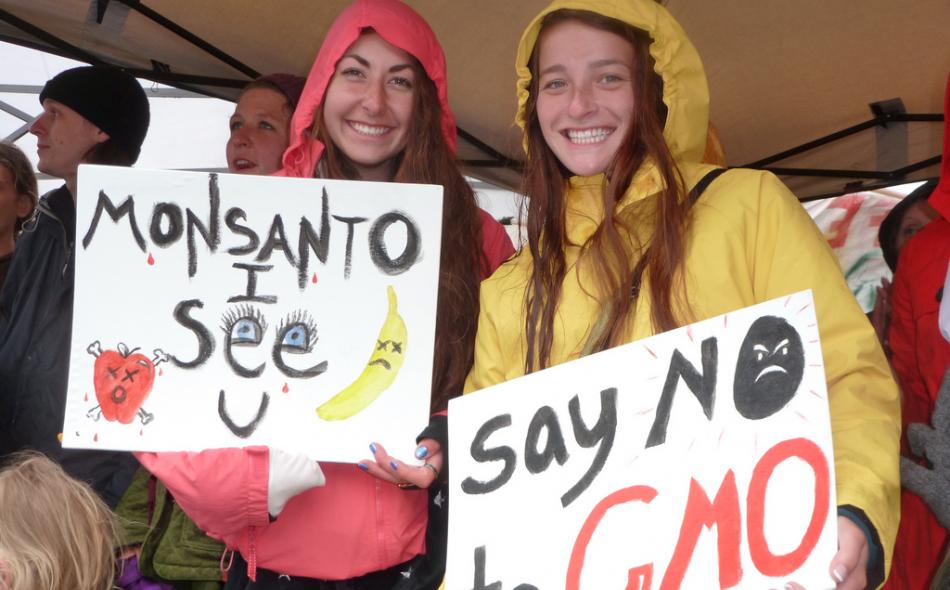 The Obama Administration’s feverish cheerleading for genetically modified crops is being put to the test with growing evidence that the technology is unpopular with consumers, causing problems in the field and facing increasing rejection in the marketplace.

The state of Vermont  is set to become the first in the country to require mandatory labeling of genetically modified foods. Maine and Connecticut have also passed mandatory labeling bills, but they require neighboring states to also pass such bills before they come into law. More than 25 states have GMO labeling laws working their way through state legislatures and ballot initiatives. Hawaii, a major testing ground for new GMO crops, has become another battleground as several counties now require greater disclosure and tougher regulations for GMO plantings.

This is a big deal and the biotech seed industry knows it. The industry has already spent millions to defeat ballot initiatives and state-based bills. Its next line of defense against the states is litigation, where it will likely sue states’ requiring labeling for violating the interstate commerce clause (restricting trade between states).

As it fights back state labeling efforts, the biotech industry is pushing a national bill for voluntary GMO labeling, which is not actually about voluntary labeling at all (voluntary labeling, as the term suggests, is already allowed). Instead, the bill would firmly establish the Food and Drug Administration (FDA) as the sole decision-maker on GMO regulation, not the states, thus overturning all efforts for mandatory labeling at the state level, including prohibiting, retroactively, Vermont’s legislation.

The biotech industry’s backdoor strategy is to codify weak regulations over GMOs at the international level through trade agreements. The U.S. trade office has long targeted what it deems as unnecessary regulatory oversight of GMOs in other countries. In a new trade agreement with Europe, GMOs are on the bargaining table once again. The USTR and the biotech industry want to lower Europe’s tougher standards that require labeling and incorporate the precautionary principle—meaning the weaker U.S. standards would become the new global standard for GMO regulation.

While the Obama Administration continues to carry the water for the biotech industry, there are increasing signs that the industry is in trouble. The non-GMO market is one of the fastest growing segments of the U.S. food industry. China’s decision to reject U.S. GMO corn has cost U.S. companies at least $427 million and counting in lost exports. The rapidly growing pest and weed resistance associated with the use of GMO crops is creating problems for farmers around the country. Further, new study finding elevated glyphosate (also known as Roundup and linked to GMOs) levels in the breast milk of U.S. women is raising additional health questions.

New, innovative efforts to reclaim control of seeds are also gaining momentum. Last week, public and private plant breeders, through the Open Source Seed Initiative, released their first round of open source seeds, which seek to place seeds in the global commons to protect them from being patented by Monsanto and other biotech seed firms. Another report last week from the U.S. Food Sovereignty Alliance tracks the growing number of initiatives to save and protect traditional seeds in the U.S.

Despite increasing pressure to change course, the Obama Administration’s support for the technology blindly marches on. Earlier this month, President Obama sent a letter to the granddaughter of Norman Borlaug repeating the dubious narrative that biotechnology helps feed the world. Federal agencies are fast tracking new approvals for genetically modified crops linked to even more toxic herbicides, like 2,4-D. All told, the administration seems more devoted to serving the interests of a few biotech seed companies than the rest of us, despite clear signs that citizens around the world want nothing to do with these crops, and that’s a problem.