Reforming for international financial stability vs. the TISA counter-reformation 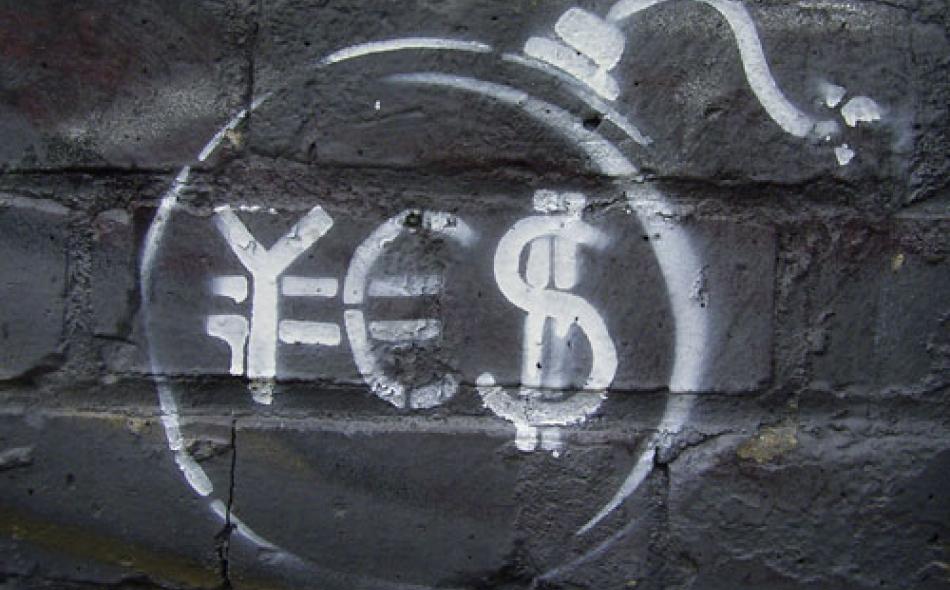 On June 19, Wikileaks posted the April 2014 draft text of the financial services annex of the proposed Trade in Services Agreement (TISA). The Wikileaks posting shows governments, above all the U.S. and EU trade negotiators, in their traditional role of trying to open markets for the big banks and other financial firms. Incredibly, the leaked text gives no indication that the industry the U.S. and EU negotiators so zealously lobby for needed at least a $29 trillion bailout to avoid bankruptcy from 2007 to 2010. It’s as if the negotiators slept through the financial collapse.

The bailout notwithstanding, Wall Street lobbyists and, as the leaked TISA text reveals, U.S. negotiators, continue to fight reform that would apply to bank subsidiaries in the dozens of countries in which global private financial institutions operate. The draft financial services annex would allow banks, hedge funds and other financial institutions to add to the thousands of subsidiaries they have established in dozens of countries  and put strict limits on regulation to what is at best a still unreformed financial services industry. For example, the U.S. and EU negotiators propose that governments that sign on to the TISA will be required to halt new regulations and other legal “measures that a Party maintains on the date this Agreement takes effect” (Article X.4, although TISA governments are allowed to renew existing legislation).

Wikileaks also posted a preliminary analysis of the leaked draft text by Law Professor Jane Kelsey of the University of Auckland inNew Zealand. She notes that “the draft text will not be declassified until five years until the TISA comes into force or the negotiations are otherwise closed.” Contrary to the international law governing treaties, the preparatory negotiations papers will not be released, impeding legal interpretation of the final agreement. Professor Kelsey states that TISA’s document secrecy would reverse a trend towards greater transparency at the World Trade Organization. TISA negotiators, however, plan that the agreement will subsume or at least replace the existing WTO services agreement, including financial services.

The leaked TISA financial services annex constitutes a counter-reformation to the last five years of relatively transparent negotiations among financial regulators to regulate commodity and financial markets to prevent re-occurrence of the global financial services crisis of 2007–09.

IATP has been working on international harmonization of commodity and financial market rules to make operational Group of 20 political commitments to reform the markets and institutions whose reckless investments and mismanagement triggered the Great Recession in which we still live. Part of this work has been through Financial Stability Board Watch, a small NGO and academic consortium that monitors the work of the FSB, one of the main coordinating agencies for advancing G- 20 commitments. Within FSB Watch, IATP has focused on over-the-counter (OTC) derivatives, a class of unregulated financial instruments whose information opacity and trading losses triggered defaults and then the financial systemic crisis. IATP recently commented on the FSB progress report on OTC derivatives to the G-20 finance ministers and on a FSB consultation paper on OTC data standardization and aggregation, a crucial reform to enable regulator surveillance of OTC trading, a prerequisite for taking enforcement actions to prevent another crisis.

On June 23, FSB Watch met with FSB staff members at their Basel, Switzerland headquarters in the Bank for International Settlements, sometimes described as the central bank for central bankers. Although the meeting was conducted on a not for attribution basis, I can describe the discussion thematically. There were eight half hour back-to-back meetings, organized, but not controlled, by questions submitted by FSB Watch members to the FSB staff. Topics covered included FSB governance and structure of representation in the FSB Regional Consultative Groups (RCGs), mostly of delegates from developing countries; shadow banking (hedge funds, money markets and other largely unregulated financial institutions); disciplines on reducing the size and activities of Too Big To Fail banks; cross-border bankruptcy resolution of multinational financial institutions; RCG priorities and concerns about FSB reform impacts on developing countries; OTC derivatives; the Legal Entity Identifier, a key tool for data transparency and aggregation; the relation of sovereign debt and credit rating agencies to financial instability.

The dedication of the FSB staff to the various aspects of reforming the unregulated financial markets, instruments, institutions and practices was impressive, as was their frankness about the difficulties they faced. Here are a couple of the big challenges for these global regulators, including those revealed by the Wikileaks posting of the draft TISA financial services annex.

For the 2013 G-20 finance ministers and central bankers meeting, the FSB published a report on proposals for limiting the size and reach of the big banks. The G-20 Summit scheduled for November 15-16 in Brisbane, Australia is supposed to agree on how to prevent the public bailouts, ensure the private sector creditors pay for losing trades ( “bail-ins”) and end the implicit subsidies received by the big banks, such as lower interest rates on borrowing. There are several tracks of thought among the FSB regulators. One track is to restructure the big banks and make them smaller, e.g. by prohibiting them from owning and trading physical commodities. That track of thought would not be realized under TISA, which prohibits any limit on the number of global bank subsidiaries, their size or activities in the host countries. Financial regulators would have to find other ways to keep financial institutions from becoming Too Big To Fail and receiving huge public bailouts in crisis and implicit central bank subsidies whether in crisis or not.

Big Bank subsidiaries that keep financial data on servers in a national territory must be allowed to move financial information, data and data processing equipment whenever they wish to (Article X.11, as proposed by Panama, a tax haven, and the European Union in the leaked draft annex). For example, if a foreign regulator were attempting to use the cross border data standardization and aggregation mechanism proposed by the FSB for data surveillance or an enforcement investigation, nothing under TISA would prevent global financial institutions from moving that financial information or data out of a territory whenever and to wherever they wished to.

In sum, the FSB government regulators and other financial regulators in the G-20 process need to thoroughly understand what their trade negotiators are proposing in TISA financial services before the reforms to prevent another global financial crisis are sidelined or undermined. The TISA negotiators will claim that  the draft text will protect the right for governments to regulate, but who knows how or if such a provision would work, given all the contradictory language in the draft text and the TISA negotiators’ decision to suppress the preparatory papers that traditionally enable interpretation of international treaties.

Unlike the negotiators of TISA, we don’t have the luxury of pretending that the financial collapse never happened and the big banks need more, not less, regulation. Financial regulators must find out what the trade negotiators are doing in secret so that TISA financial services doesn’t pre-empt or put a straitjacket on the reforms that the regulators have worked so hard on since 2009.