A landowner’s guide to pollinator-friendly practices 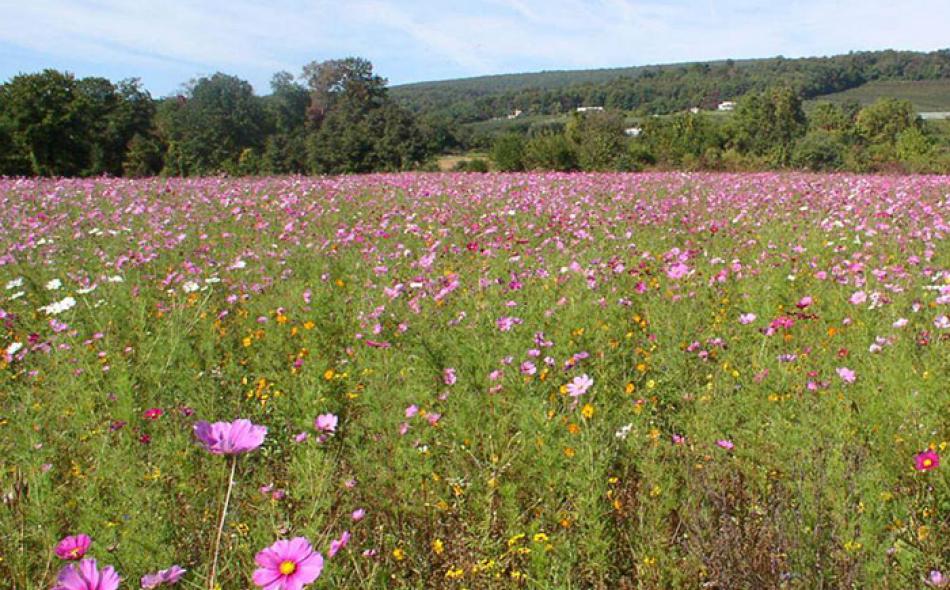 Last month, President Obama issued a memorandum to create a national strategy to promote pollinator health. The strategy includes creating a pollinator health task force and taking steps to increase and improve pollinator habitat. The fact that pollinator decline is starting to be addressed at the Federal level signals increasing recognition of the severity of this problem. Nearly one out of every three mouthfuls of food we eat relies on a pollinator, and without the bees, butterflies, moths, flies, bats and other pollinators, the world food supply will become increasingly unstable.

The two largest threats to pollinators are habitat loss and pesticide use. Of particular concern are neonicotinoids, an increasingly popular kind of insecticide that control a wide variety of insects. The most common way that neonicotinoids are applied is as a seed coating. This means that the pesticide is on the seed before it’s even planted, and it travels through the plant’s vascular system as it grows. This transports the pesticide throughout all parts of the plant, including leaves, stems, flowers, fruit, pollen and nectar.

Over 94 percent of the corn and half of the soy planted in the United States is pretreated with neonicotinoids. As a result, many farmers are not even aware that they are using neonicotinoids. Awareness of the problem is growing however, especially in parts of Europe, where they have been banned.  Non-neonicotinoid treated seeds are available in the U.S. too, but they need to be specifically sought out and can be hard to find.

In response to this problem, IATP has authored a Farmer and Landowner Guide to Pollinators and Neonicotinoids in collaboration with Pesticide Action Network. This guide provides landowners basic information on the science around neonicotinoids and pollinators, as well as information on pollinator friendly approaches that landowners can undertake to help right now. On-the-ground action can, and must, come immediately if we want to ensure the stability of pollinator populations and crops.