Sobering 2050 weather reports are dispatches from a warmer world 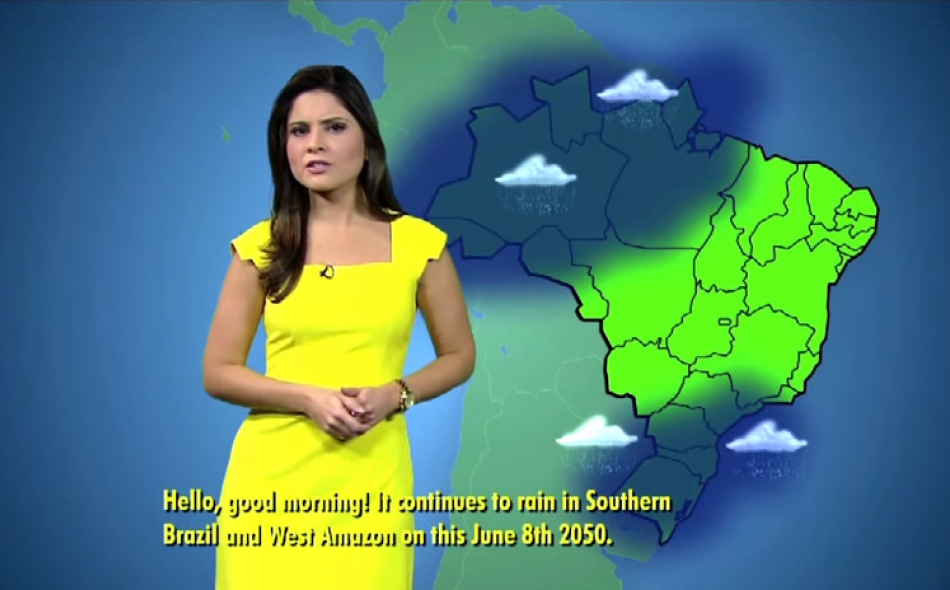 The World Meteorological Organization (WMO) is taking a new approach to engage the public on climate change: invite television weather forecasters around the world to release weather reports from the year 2050. The reports, which can be viewed here, are based on climate science and provide a frightening visual of what life could be like in a few short decades if the world continues emitting greenhouse gases at current levels.

These videos are being launched throughout September in the lead-up to the U.N. Climate Summit in New York later this month. Over 100 Heads of State, including President Barack Obama, will gather on September 23 to discuss global action on climate change. Though the Summit is not an official U.N. negotiation, leaders will make key announcements about steps their countries will take to mitigate climate change. The summit is expected to build momentum leading up to the U.N. Conference of Parties (CoP) in Paris at the end of 2015, where a new global climate change agreement may emerge.

Most recently, the U.S. Weather Channel released a mock weather report for the WMO series highlighting a hurricane submerging Miami’s South Beach, a killer heat wave in Chicago, and a persistent “mega-drought” in the Southwest. This kind of reporting, though speculative, gives us a glimpse of what we can expect as climate change causes weather to become more extreme and more erratic. U.N.-level discussions about cutting global greenhouse gas emissions and building low-carbon economies are urgently needed, but communities need to convene their own discussions on how to prepare for the climate change impacts on their infrastructure, businesses, public institutions, families and daily living.