Monsanto Wants to Move to Switzerland. Why Is Obama Doing It Favors?

by
Ben Lilliston
by 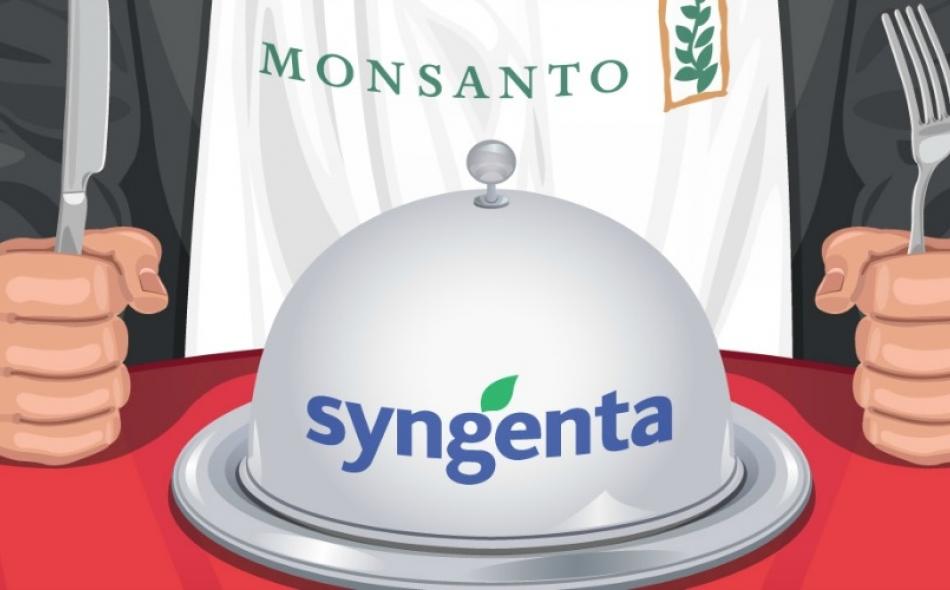 So, why is the Obama administration fighting so hard to help Monsanto -- a company that is openly trying to slash its taxes by moving its headquarters from St. Louis to Switzerland?

Earlier this month, Monsanto made an initial offer to purchase the Swiss-based Syngenta. The deal, if completed, would allow Monsanto to move its headquarters from outside St. Louis to Switzerland, thereby reducing U.S. corporate tax payments. According to financial analysts at Piper Jaffray, Monsanto would gain – and U.S. taxpayers would lose – about $500 million per year in tax revenues.

It would also create the largest seed and crop chemical company in the world.

At this moment, the Obama administration is undertaking a high profile effort to knock down global resistance to genetically engineered food and crops.  It is advancing trade treaties both for Europe (Transatlantic Trade and Investment Partnership, TTIP) and Asia (Trans Pacific Partnership, TPP) to accomplish this goal.

Monsanto is the world’s largest producer of seeds, many of which are genetically engineered.  It would be a major beneficiary of these treaties.

Monsanto, in fact, can attribute much of its growth over the last decade to past trade deals. Most other countries around the world, including key markets in the European Union, have taken a more precautionary approach to genetically engineered crops than in the U.S. – both in approvals for agricultural production, and in requiring clear labeling for consumers. In collaboration with the U.S. Trade Representative, Monsanto and the agrichemical industry have aggressively used trade rules in bilateral agreements as well as at the World Trade Organization (successfully challenging Europe’s biotech regulatory regime) to try to strike down higher-standard public health and environmental requirements for GE foods in other countries.

U.S. Senator Richard Durbin (D-IL), in a letter this month to Monsanto urging the company to stay in the U.S., pointed out that the company’s growth is “in large part due to U.S. taxpayer-funded programs and services.” Durbin explained how the company has benefited from government research, the U.S. patent and regulatory system.  In its peculiar way of saying thanks, Monsanto wants to take the money and run.

There seems to be no limit to the lengths to which the Obama administration will go to support Monsanto and the biotech industry.  Earlier this month, USDA Secretary Tom Vilsack accused the European Union of undermining efforts to address global hunger, because of a new EU proposal to allow its member countries greater power in regulating GE crops. Vilsack threatened that the EU’s decision raises “serious issues” about the future of TTIP, and officials in Washington have threatened another WTO challenge. The EU’s regulatory approach is troubling to Vilsack and Monsanto because their collective goal is to eliminate what they call sub-federal regulations. In the case of Europe, it is country-level regulations. In the U.S., it is state-level mandatory GMO labeling laws.

Why is the Obama administration doing such huge favors on trade for a company that is trying to cheat U.S. taxpayers by moving its tax headquarters to Switzerland?

Monsanto, in seeking a tax inversion, shows that it has no loyalty to the United States.  So, why is the U.S. government showing so much loyalty to it?

Why are we going to the mat for Monsanto when it is trying to move to Switzerland?

It’s time for the Obama administration to re-think its efforts on behalf of Monsanto.