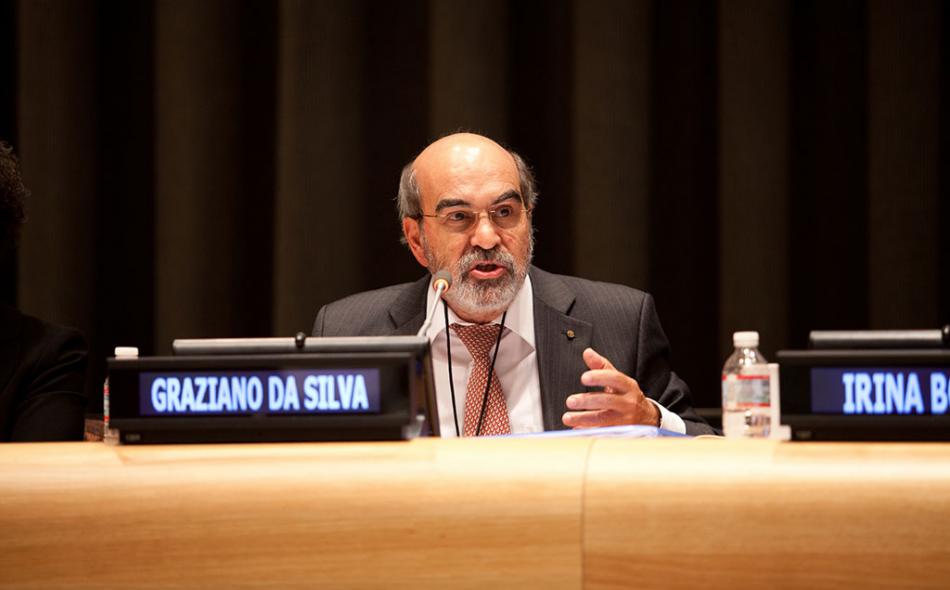 On June 24, more than 40 scholars and scientists of agriculture and food systems sent the Director-General (DG) of the Food and Agriculture Organization (FAO) a second open letter, calling for the FAO to acknowledge and build on the historic, civil-society led Declaration of the International Forum for Agroecology. This follows up on last year’s letter on the same subject, sent on the occasion of the FAO’s first International Symposium on Agroecology for Food and Nutrition Security. As IATP wrote earlier this year, the Nyéléni Agroecology Declaration was the culmination of a landmark meeting of “international movements of small‐scale food producers and consumers, including peasants, indigenous peoples and communities (together with hunter and gatherers), family farmers, rural workers, herders and pastoralists, fisherfolk and urban people from around the world,” coming together at the Nyéléni Center in Sélingué, Mali this past February. The participants sought to reach a common understanding of agroecology as a key element of Food Sovereignty, and to develop joint strategies to promote agroecology and defend it from cooptation.

In their letter, the scholars affirm the importance of the Nyéléni Agroecology Declaration and discuss its origin from civil society and its strength in including concepts of human rights and justice, which they argue cannot be separated from any properly scientific approach to improving food security, food sovereignty and sustainability throughout the world. They then call on the Director-General to “seek to build on the Nyéléni Agroecology Declaration, in particular, to build on its incorporation of sovereignty, rights and justice as key elements of a rational approach to a sustainable and food-secure system that promotes human dignity.”

This second letter coincides with the first of a series of regional agroecology meetings, the Regional Seminar on Agroecology in Latin America and the Caribbean, which begins in the capital of Brazil, Brasilia, on June 24th. (Meetings will also be held in Senegal and Bangkok later this year.) The letter  further calls on the Director-General to continue to develop these regional meetings “with active participation and [to] reflect the priorities of autonomous diverse organizations and international movements of small-scale food producers and consumers”; to avoid “the reduction and cooptation of agroecology as a narrow set of technologies to fine-tune and further consolidate the industrial food system through concepts such as ‘climate-smart agriculture’ or ‘sustainable intensification,’” (as we’ve written about here and here); and to plan “the organization of two additional regional symposia on agroecology in Europe and North America”. Agroecology, after all, is not something that is only useful to Africa, Asia, and Latin America and the Caribbean—the tools it has to offer farmers, and its respect for their knowledge and autonomy, should be available to all farmers, and supported in all areas as the best way to face the multitude of challenges before us in our food systems.

Noting, with disappointment, that the FAO’s Medium Term Plan mentions agroecology only once, while using variations on the phrases “climate-smart” and “sustainable intensification” throughout, the scholars commit themselves to contributing “scientific analyses from our various established research projects relevant to the principles and pillars of the Nyéléni Declaration,” and to volunteer to help build on what has been called the “dialogue of knowledges” that can be found at the heart of agroecology. The Nyéléni Declaration enunciates the important foundations for efforts that truly honor and collaborate with farmers’ traditional and experiential knowledge, together with scientific knowledge. With the historic Declaration originating from civil society, and now backed by a slate of scholars from around the world, we very much hope that the FAO and its member countries will heed the growing consensus that crosses the typical boundaries between “scholar” and “farmer,” and find them coming together around the importance of agroecology.