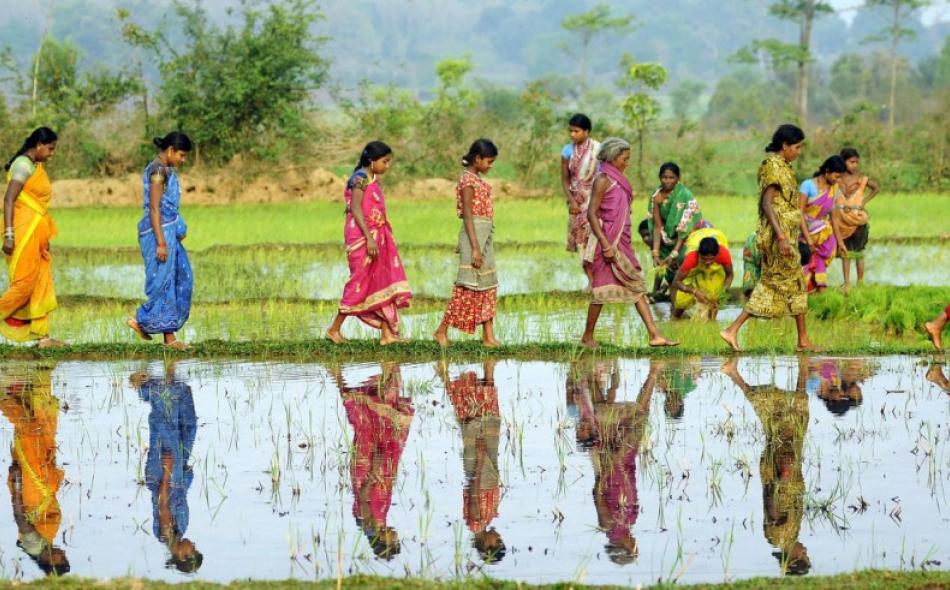 On the eve of their Nairobi ministerial, WTO members should remember it is not food procurement policies in developing countries like India but unfair US agricultural subsidies which threaten free trade and farmer livelihoods across the world

On December 15, the world’s trade ministers will gather in Nairobi, Kenya, for the tenth attempt to craft a new set of trade rules under the World Trade Organisation (WTO). The so-called Doha Development Round (DDR), launched in Doha, Qatar, in 2001, promised to right the imbalance in previous trade negotiations that had favoured the United States, European countries, and other developed nations. Reforming unfair agricultural practices were at the centre of the Doha agenda.

On the eve of the Nairobi ministerial, that agenda itself is under threat. The US, EU, and Japan have proposed jettisoning the Doha agenda and the progress made before negotiations broke down in 2008. They have dismissed commitments made two years ago in Bali, Indonesia, to resolve objections to India’s ambitious National Food Security Act as an unfair subsidy to farmers. Agriculture, it seems, is barely on the Nairobi agenda.

Going along with the West would be a costly mistake for developing countries. They may well be facing a new era of low crop prices in which highly subsidised crop production in the US and other rich countries creates overproduction and dumping of cheap goods on global markets. If ever there were a need for new agricultural trade rules, now would be the time.

US negotiators claim that economic growth in China, Brazil, India and other emerging economies changes the basis for the Doha framework, but what has really changed since the progress in Bali is the fall in global crop and commodity prices. This puts farmers back in the same economic squeeze they experienced between 1997 and 2005, when costs regularly exceeded returns from sales, and rich-country governments stepped in with subsidy payments to make up the difference.

The other change since Bali is the passage of the 2014 US Farm Bill, which proposes to do just that. The bill expands support through subsidised crop insurance by adding a variety of additional insurance schemes designed to compensate farmers if prices or revenues fall below particular targets.

According to projections from University of Missouri researchers, these programmes are almost certain to exceed commitments on the table in the Doha negotiations and probably will put the US in breach of its current WTO subsidy limits as well. Payments are expected to exceed $12 billion in the current crop year, well above levels in recent years.

A history of dumping

This low-price-high-cost scenario could well lead to a new era of agricultural dumping. The WTO commits nations not to export at prices below domestic prices or below prices in other export markets. Beyond this kind of discriminatory pricing, though, the WTO agreements also define dumping as exporting at below the costs of production.

This was common practice for the US before the recent rise in commodity prices. The Institute for Agriculture and Trade Policy (IATP) in the US estimated that from 1997-2005 the US exported soybeans, corn, wheat, rice, and cotton at between 12% and 47% below farmers’ costs of production. A study of US dumping in Mexico estimated the costs to Mexican producers from the resulting depressed crop prices at nearly $13 billion over that nine-year period.

The WTO’s current Agreement on Agriculture proved particularly weak in preventing dumping. One successful case was brought by Brazil against the US for price suppression in cotton. Brazil won the right to take countervailing measures against US products, but the government never did so, in large part because US policies were deemed to be locked in by the previous Farm Bill. Brazil and the US formally settled the dispute last year based on changes to the cotton provisions in the new farm legislation.

A return to dumping?

New research suggests the US is already exporting corn at below the costs of production. Farmgate prices this year have been $19/ton below production costs, with US exports priced at $165/ton. With Farm Bill support prices at $179/ton, US corn farmers stand to receive some $6 billion in government payments this year.

New economic modelling by University of California researchers paints a particularly bleak picture for global cotton farmers. They find that the reforms in the 2014 Farm Bill to US cotton subsidies will not eliminate price suppression. They project that during the five-year life of the legislation, subsidies will average $1.5 billion per year, keeping 20% more land in cotton, increasing exports 29%, and lowering global prices 7%.

The estimated cost to other cotton producers is $3.3 billion per year due to lowered prices and lost markets. Indian producers would lose an estimated $800 million per year. The so-called Cotton 4 countries of Africa – Burkina Faso, Mali, Benin, and Chad – would collectively see $80 million per year in lost revenues, a heavy blow to small-scale farmers in small economies. These cotton-dependent countries have been promised relief in the WTO for more than 10 years.

Instead of sidelining agricultural negotiations, the Nairobi ministerial should be deepening discussions of fair trade in agricultural products. India’s food security programme should be declared a legitimate use of public procurement, not derided as an unfair subsidy. Developing countries need the kinds of protections proposed in the Doha Round – Special Safeguard Mechanisms to protect farmers from import surges, and Special Product designations for crops critical to food security and rural development.

But developing countries need much more as we enter a new era of low crop prices. They need meaningful protections against agricultural dumping by rich countries which can afford to subsidise their farmers.

Timothy A. Wise is Policy Research Director at Tufts University’s Global Development and Environment Institute and a Senior Research Fellow at the Political Economy Research Institute at the University of Massachusetts at Amherst.