International Day of Peasants and Farmers Struggles: In support of Agroecology and Food Sovereignty 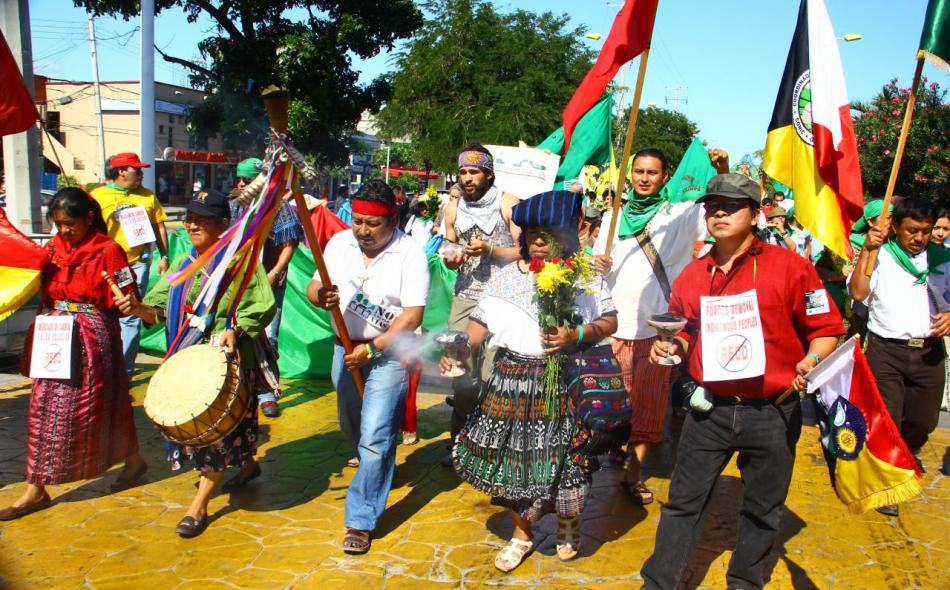 Twenty years ago, on April 17th, 19 members of the Brazilian Landless Workers Movement (MST) were killed during a peaceful action to obtain land for farming and other livelihoods. Since then, this day has been called the International Day of Peasants and Farmers Struggles—a day of action to put small-holder food producers, such as peasants, landless workers, farmers, fishermen and pastoralists, back in control of their natural resources—land, waters, seeds, breeds—as well as food processing and marketing systems.

The word ‘peasant’ has not been doing well: an Ngram search reveals that its use peaked in 1968, and by 2000, its use was down by half. In a way, this decline reflects the fate of peasant agriculture. The term ‘peasant’ carries connotations of subsistence economy and small holdings. It often has connotations of minimal engagement in the market economy, but also minimal damage to environment. And with the neoliberal turn and globalization, peasant agriculture has increasingly been integrated into larger economies.

But this integration has been on terms deeply unfavorable to those people.  Many have become landless because of the consolidation of farms. This process of dispossession is not confined to the spread of industrial agriculture; it extends to all investments that require acquisition of lands belonging to marginalized farming communities, indigenous peoples and pastoralists. In many cases, government policies have compelled those who have held on to their land to adapt to industrial agriculture based on chemical fertilizers, high cash inputs and intensive irrigation. This has left many of them deeply indebted, causing, for example, the rash of suicides in agricultural communities in India.  Many have been forced to migrate to urban areas at least seasonally because they find agriculture by itself now an unviable activity.

Those who protest face brutal state repression, even killing. The last month saw several such killings, drawing international condemnation from around the world: Honduran Indigenous leaders Berta Cáceres on March 2 and Nelson García on March 15 for fighting against dams and displacement, Guatemalan environmental activist Walter Manfredo Méndez Barrios on March 16, and South African anti-mining activist Sikhosiphi Bazooka on March 22. The farmers protest in the Philippines (that resulted in several farmers being killed in police action earlier this month) is attributed to the “government’s policy of systematic land grabbing combined with the intensified El Nino” that pushed farmers and indigenous peoples of the Philippines to heighten their struggles in defense of their right to land and life. On April 7, MST members Vilmar Bordim and Leomar Bhorbak were killed in an ambush by Brazil’s State Military Police and private security forces of the logging company Araupel in an MST encampment on land that had been declared public by the Brazilian Justice Department.

These people and their allies continue to fight for a different vision of agriculture, justice and sustainability. It is not possible, nor even in many cases desirable, to go back to the world of peasants—that world was not necessarily either egalitarian or capable of providing secure livelihoods through the year. But an alternative vision must put them, family farms and smallholder food production at the center.  By now, we know that there are many environmental externalities associated with industrial agriculture, with its primary focus on increases in grain production. Polluted waters, salinized lands, depleted ground water levels, disappearing forests, greenhouse gas emissions from factory farms and extensive paddy field cultivation are all decreasing biodiversity and fresh water availability.

Around the world communities are finding ways to counter these effects through a different vision: agroecology, which has food sovereignty and people-centered agriculture and food systems at its core. Peasant communities are at the core of this turn to agroecology for many of their practices were agroecological by default.  Given a conducive policy environment that ensures access to land and other resources, family farms could build on these practices to develop an alternative to industrial agriculture that is not only sustainable—climate resilient, water and biodiversity conserving—but also helps build the foundations for a healthy and fair food and agricultural system.

On April 18, several members of the U.S. Food Sovereignty Alliance1 and the U.S. Friends of the MST organized an action in New York City in solidarity with the social movements in Brazil and around the world to push for food sovereignty and agrarian reforms and in support of International Day of Peasants and Farmers Struggles.

At the same time, more than 50 faith, development and sustainable agriculture groups (including IATP) are calling on the U.S. Congress to reject the Trans-Pacific Partnership, which has the potential to impact the food security and sustainable development of communities, especially in signatory countries. This effort follows a similar letter released last week rejecting the agreement because of its potential impacts on access to essential medicines. A different vision of trade and economic justice is both possible and imperative and can support the struggles of frontline communities around the world for food sovereignty and ecological sustainability.

1. The US Food Sovereignty Alliance is a network of US based organizations that works to end poverty, rebuild local food economies, and assert democratic control over the food system. USFSA members believe that all people have the right to healthy, culturally appropriate food, produced in an ecologically sound manner. As a US-based alliance of food justice, anti-hunger, labor, environmental, faith-based, and food producer groups, we uphold the right to food as a basic human right and work to connect our local and national struggles to the international movement for food sovereignty. IATP is a member of the US Food Sovereignty Alliance.