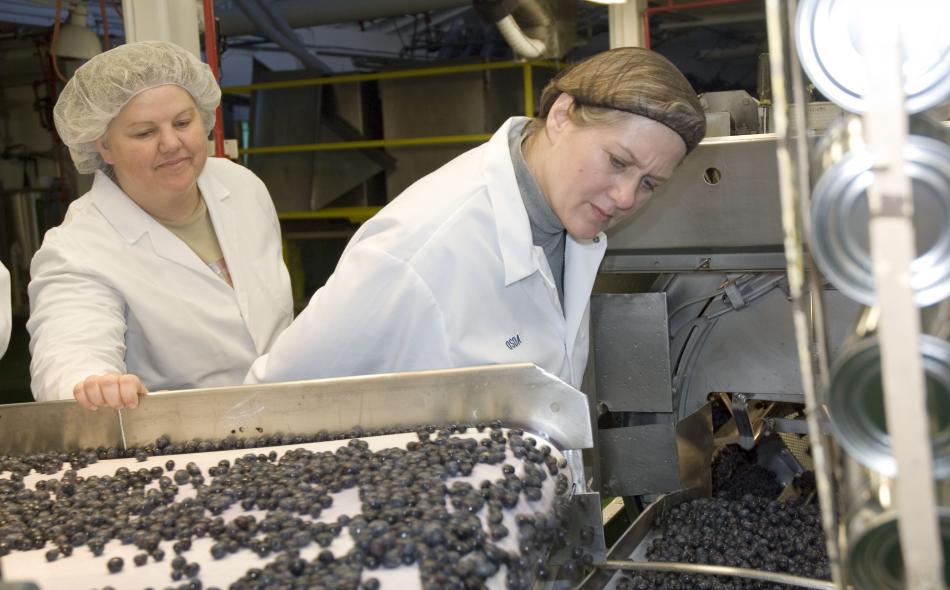 While food and agriculture were not on the official agenda for the latest round of Transatlantic Trade and Investment Partnership (TTIP) negotiations, July 11-15 in Brussels, the intense debate generated by Greenpeace Netherland’s leaks of 14 chapters of the draft agreement continue to reverberate through the trade policy world. Consumer and other civil society groups, having scrutinized the official texts, are pressing for major changes in the agreement’s alarming “innovations” in setting standards on agricultural animal health and welfare, plant health and food safety (in trade policy terminology, Sanitary and Phytosanitary Standards or SPS).

The Transatlantic Consumer Dialogue (TACD), an alliance of about 25 U.S. and 50 European NGOs, for which IATP serves as the U.S. co-chair of the Food Policy Committee, published a resolution on the TTIP SPS chapter in January. Because the Obama administration refuses to make public its negotiating proposals, TACD developed its resolution by using the SPS chapter of the Trans-Pacific Partnership (TPP) as a proxy for the U.S. SPS positions in TTIP. In July, TACD published an update to its January resolution that made recommendations to the European Commission (EC) Directorate General of Trade (DG Trade) and to the U.S. Trade Representative (USTR) on the basis of their negotiating proposals, as published by Greenpeace.

Both DG Trade and USTR attempted to downplay the importance of the Greenpeace leaked texts, claiming that NGOs either did not understand or willfully misinterpreted the texts.  Furthermore, they argued that nothing in TTIP would compromise food safety, public health or environmental health. (“USTR, EU Immediately Seek to Soften Impact of Greenpeace TTIP Leak,” Inside U.S. Trade, May 2, 2016. Subscription required.) DG Trade chief negotiator Ignacio Garcia Bercero insisted that U.S. proposals on trade in food and agriculture products with genetically modified organisms were unacceptable to the EU. (“EU Chief Negotiator Rules Out U.S. TTIP Proposals on GMOs, Rulemaking,” Inside U.S. Trade, May 5, 2016. Subscription required.)

TACD members, like many non-governmental organizations, were not placated by these official declarations. For example, the update summarized Corporate Europe Observatory Gene Watch and Greenpeace research show how the Commission caved in to USTR pressure not to publish an EU legal opinion that would have required products of synthetic biology to be regulated as GMOs under EU law. Emails discovered under EU freedom of information law implied that TTIP negotiations and trade would be negatively impacted by publishing the opinion and acting on it. (An IATP blog in May summarized the history of U.S. GMO deregulation, including that of foods derived from synthetic biology techniques.) By parsing the definition of a “GMO,” DG Trade sought, but failed, to quell public criticism of the Commission’s effort to circumvent EU law on GMOs through the TTIP back door.

TACD made recommendations on four issues in the proposed TTIP SPS chapter:

The USTR “Science and Risk” proposal for a standard of scientific evidence, to be used in risk assessment, would contravene peer scientific review standards. According to the U.S. proposal, “each Party,” carrying out risks assessments, “shall ensure that it takes into account relevant available scientific evidence.” Based on existing U.S. practices, TACD believes that under this standard, applicants to commercialize a new food or agricultural product or technology would be able to declare) public and environmental health data in studies, submitted to support the commercialization application, as Confidential Business Information (CBI. In the U.S., risk managers routinely allow commercial applicants to determine what is CBI and thus, not available for peer review. TACD recommends replacing the language cited in the U.S. proposal with “Parties shall ensure that risk assessments are made only on the basis of publicly available scientific studies, data and information, with no classification of such evidence as Confidential Business Information.”

It is striking that the USTR proposal on “Regulatory Approvals for Products of Modern Agricultural Technology” fails to define what is included under the term “modern agricultural technology.” TACD assumes that this proposal would go beyond its TPP proposal for deregulating “products of modern biotechnology” and allowing the import of “low-level presence” of genetically modified products not authorized for import.

The U.S. proposal likely will define “products of modern agricultural technology” to include food and agricultural products with atomic- to molecular-sized nanomaterials. These products are unregulated in the United States and nearly unregulated in the European Union, save for nanomaterials in cosmetics and the inclusion of the word “nano” on consumer product labeling. TACD recommends suspension of negotiations on this article until the negotiating parties agree, implement and demonstrate the capacity to enforce rules pertaining to nanomaterials in food, agriculture and other consumer products. Citing a recent report by Friends of the Earth on nanomaterials in baby formula bought in U.S. supermarkets, TACD stated, “A vague trade rule on ‘products of modern agricultural technology’ by a negotiating Party without the capacity to protect the smallest consumers will not provide the ‘appropriate level of sanitary and phytosanitary protection’ required by the WTO SPS agreement.”

TACD has sent to governments a resolution on the TTIP proposal for a chapter on regulatory cooperation in all economic sectors. The U.S. proposal for the chapter would allow industry lobbyists to intervene at the very outset of the regulatory process to determine whether SPS and other public protection rules would have a negative trade and investment impact. An earlier version of this chapter was described as an “early warning system” against regulation. Read in conjunction with the aforementioned U.S. proposal on “Science and Risk,” the U.S. proposal for SPS regulatory cooperation would require governments to cooperate to revise their risk assessments in response to industry provided studies, possibly including those classified as CBI, following U.S. practice.

The SPS chapter of the Trans-Pacific Partnership agreement allows for the “primary representative” on the SPS Joint Management Committee to come from an agency without SPS competency or legal obligations. TACD suggested that the recent definition by the European Commission of Endocrine Disrupting Chemicals, such as pesticides, is an example of TTIP induced “pre-harmonization” with the U.S. deregulation of EDCs. Undermining the scientific basis for the EU’s de facto ban on EDC pesticides has become a TTIP negotiating chip. TACD strongly recommended that only officials with SPS competency and legal obligations serve on the SPS Joint Management Committee, to reduce the pressure for the TTIP’s trade maximization objective to override consumer and environmental health protection.

TACD members discuss resolutions with government officials during TACD’s Annual Meeting and then intermittently throughout the year. On June 28, IATP and the European Office of Consumer Organizations lobbied the January resolution on the TTIP SPS chapter with DG Trade and DG Santé (formerly Consumer Health and Protection) officials. Discussions are on a not-for-attribution basis and government officials are usually non-committal about resolutions. Our impression was that DG Santé believed that SPS commercialization applications under CBI was necessary and that “trade in products of modern biotechnology” referred only to GMOs and not to products of synthetic biology, both errors in our view. However, the officials said they looked forward to receiving the update to the resolution. TACD plans to discuss the resolution and update with officials in September in Washington.