Policymakers are AWOL on agricultural challenges 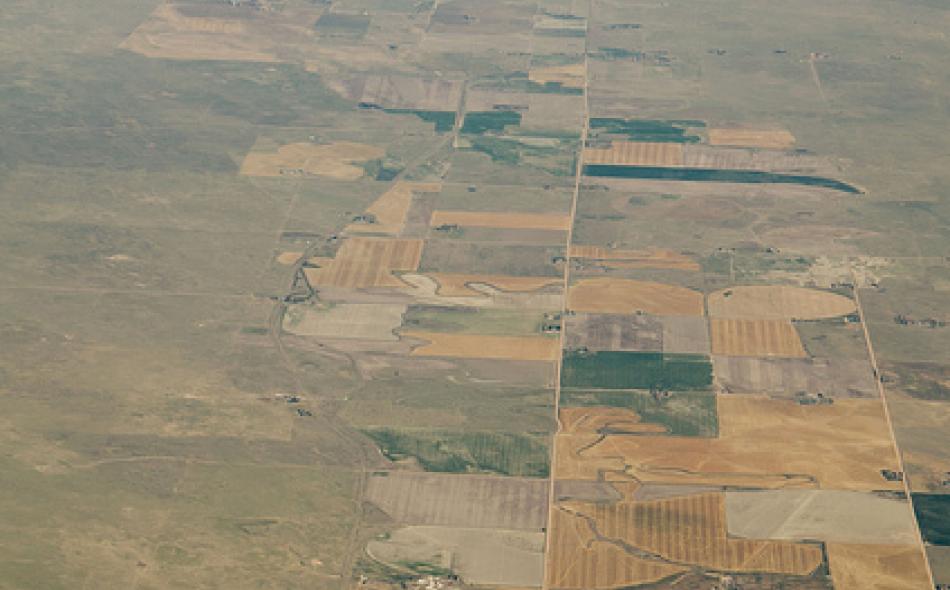 We are in the midst of the worst U.S. drought since the 1950s, and some regions are to the point of the Dust Bowl-era 1930s. As expected, prices of corn, soybeans and wheat have increased significantly, causing a rise in food prices and putting a difficult squeeze on many livestock farmers.

Fortunately the Obama administration and Congress have stepped up and decided to ... purchase meat from livestock farmers to donate through food assistance programs? Open up sensitive environmental lands for haying and grazing? And if Congress gets its act together, possibly pass a livestock disaster aid bill?

Addressing the economic challenges of the drought will of course be welcomed by farmers throughout the Midwest. Yet, comparing the policy actions of today to other times of agricultural crisis, these initiatives appear woefully unimaginative and small. Policymakers are clearly missing the forest for the trees, and prefer to make a lot of noise about small policies rather than address structural issues.

It would be one thing if the food and agricultural economy tended to hum along fine and economic calamities were rare, but that is clearly not the case. If it isn't a drought, it's been a flood, or exploding energy costs, or food safety concerns, or Wall Street speculators, or skyrocketing land values. Our food system—the most important of production systems—is disturbingly vulnerable to events well beyond the control of farmers. And perhaps the most chronic of problems occurs when farmers produce an abundance of crops, when everything goes well, and commodity prices are driven down below the farmers' cost of production.

What is missing in current policy discussions is the recognition of the inherent volatility in the agricultural economy. Merging the biological system of farming into our economic system comes with challenges, and we top those challenges off with the fact that we have little room for error—we all need to eat, usually multiple times a day. A short supply of television sets causes disgruntlement; a short supply of food causes starvation and riots.

Many decades ago, events came together to remind the nation of the vulnerability of our food supply. The Great Depression caused the price of agricultural commodities to tank, and that was coupled with the hardships of the Dust Bowl. Policymakers recognized that this was not simply a blip in the economic charts. The oversized influence that the banking system had on farmers was unacceptable, the price levels of commodities were devastating and tillage practices were contributing to the loss of soil. The long-term viability of U.S. agriculture was on the line.

Today's policymakers probably would have responded to the events of the 1930s with a "Cash for Clunkers"-type of program for farmers, but the Roosevelt administration and many in Congress knew that these issues couldn't be solved with Band-Aid policy solutions. They used banking regulation and grain reserves to return economic power back to farmers, supported good tillage practices, and in turn created a platform for decades of productive and profitable agriculture.

Over the past 40 years we have slowly abandoned the supply-management systems that provided farmers with a fair price for their commodities. We now have an arcane system that spends billions of dollars on farmer support when commodity prices are below the cost of production, and spends billions of additional dollars on food support when food prices are too high. This works fine for grain traders and other agribusiness entities that can buy low and sell high, but is a lousy deal for taxpayers and historically hasn't addressed the core challenges for farmers either.

It's past time for policymakers to get back to addressing some of the root causes of these food and agriculture crises. Congress could very well come back in September and pass a livestock disaster aid bill and be very proud of itself, but that will do nothing to address the long-term market distortions that are causing excessively high prices right now, as well as the excessively low prices less than a decade ago.

Seventy-five years ago the Farm Bill focused on creating an economic platform that supported a safe and abundant food supply. Now the Farm Bill is little more than a money grab between interest groups—much of the funding going to noble causes such as anti-hunger, family farmers, conservation and food safety—but nonetheless a money grab. These taxpayer-funded Band-Aids are getting expensive and do nothing to address the structural challenges in food and agriculture. A functional market allows farmers to get a fair price for their commodities and allows consumers to pay a fair price for their food. We need to demand that policymakers provide the tools for markets to function well, and let them know that the continual practice of seeking cover behind emergency payments is unacceptable.