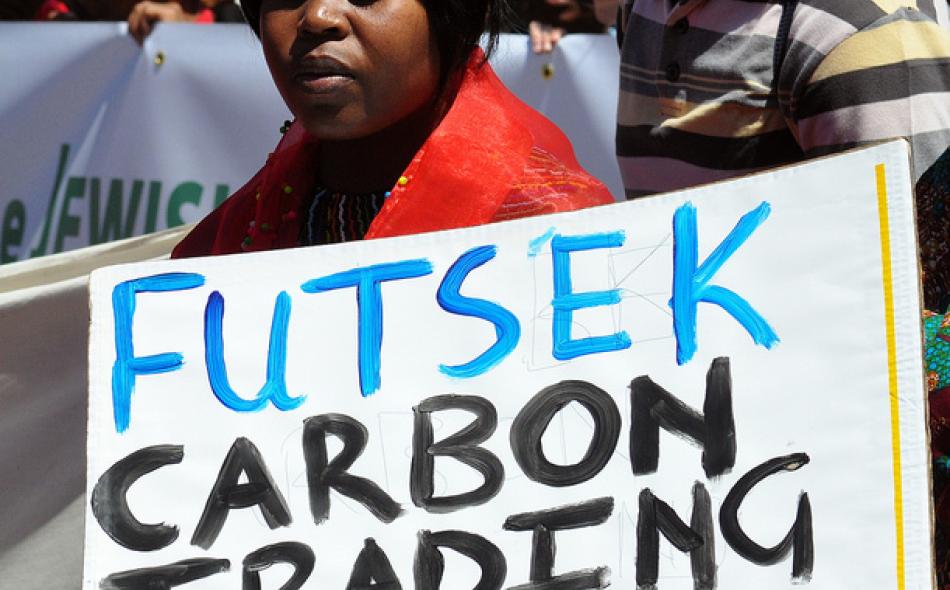 IATP joined more than 100 civil society organizations in calling for countries to reject efforts to place agricultural soils within a carbon market.

As the global climate talks began this week in Durban, South Africa, IATP joined more than 100 civil society organizations in calling for countries to reject efforts to place agricultural soils within a carbon market. In Durban, negotiators will consider whether to approve a separate agriculture and climate work plan. Such a program “would lead to agricultural soils and agroecological practices being turned into commodities to be sold on carbon markets, or used as sinks to enable industrialized countries to continue to avoid reducing emissions,” the groups wrote in a letter to negotiators. Instead, the groups called for developed countries to fulfill their commitments for climate finance with direct annual contributions to the U.N.’s Adaptation Fund. You can read the full letter and the press release.

A big question in Durban is whether countries will build on the Kyoto Protocol and its series of binding commitments for greenhouse gas reductions, or replace Kyoto with a system of voluntary pledges pushed by the United States. IATP and eight civil society groups analyze this question in a new fact sheet titled: At Stake in Durban: A Climate Deal for the 1% or the 99%?
IATP’s Karen Hansen-Kuhn, Steve Suppan and Doreen Stabinsky will be reporting on the climate change negotiations in Durban. Stay tuned.
Filed under
Climate Change
Agriculture
International
Carbon markets
United Nations