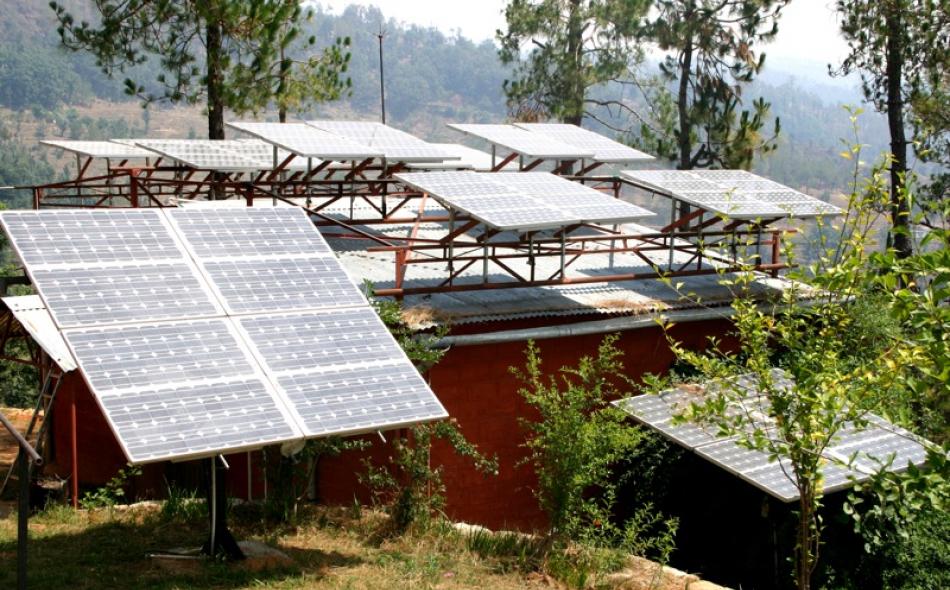 At the Paris climate talks, negotiators chose not to address the sticky issue of trade rules, and how those rules undermine each nation’s efforts to address climate change. A new ruling today from the World Trade Organization (WTO) may make that willful silence more difficult. Today, a WTO dispute panel ruled in favor of an Obama Administration challenge to India’s solar program—a program that bears a strong resemblance to solar programs in many U.S. states.

In responding to the WTO ruling, U.S. Trade Representative Michael Froman issued a warning to other governments attempting to support local, green businesses: “This is an important outcome, not just as it applies to this case, but for the message it sends to other countries considering discriminatory `localization’ policies.”

Prior to the global climate talks in Paris, India (the world’s third largest carbon polluter) announced a major effort to reduce greenhouse gas emissions. Expanding the nation’s solar capacity was a key part of that effort. India can choose to appeal the WTO ruling, negotiate with the U.S. to reform the program or face trade sanctions from the U.S. The decision creates enormous pressure on India to change the law. A recent WTO ruling against the U.S. Country of Origin Labeling requirement for beef, for example, led to Congress overturning the law before the actual levels of sanctions were even determined.

This is not the first time the WTO has ruled against renewable energy programs designed to create local, green jobs. Yesterday’s dispute ruling cited a 2013 WTO ruling in favor of an EU and Japanese government challenge to Ontario, Canada’s “feed-in tariff” renewable energy incentive program. That ruling determined that the Ontario program’s local content requirements for solar panels and other renewable sources favored domestic over foreign companies.

Today’s WTO solar dispute ruling also revealed the potential vulnerability of U.S. state solar programs. In India’s defense of its solar program, the country pointed out (subscription required) that several U.S. state programs are also structured to create green jobs and spur renewable energy by providing a variety of benefits for solar manufacturing and sourcing within each state. For example, Minnesota’s Solar Rewards Program enables residential and commercial customers to access a solar rebate program to install photovoltaic (PV) systems, but the PV module must be manufactured in Minnesota. Delaware provides solar renewable energy credits if 50 percent of the cost of energy equipment is manufactured in Delaware. Massachusetts has a rebate program requiring PVs to be manufactured in Massachusetts or have a “significant” presence in the state. Connecticut has incentive programs for the use of major system components manufactured or assembled in the state. According to the Sierra Club, nearly half of U.S. states have similar programs to promote renewable energy.

The WTO ruling comes on the heels of a major trade-related attack on U.S. attempts to address climate change. Last month, TransCanada sued the U.S. for $15 billion under special corporate rights provisions of the North American Free Trade Agreement (NAFTA), charging that the Obama Administration’s rejection of the controversial Keystone Pipeline was unfair and discriminatory. The Keystone XL pipeline would have transported tar sands oil extracted from Alberta, Canada through rural land in Montana, South Dakota and Nebraska into Steele City, where it connects to existing pipelines to send tar sands oil to refineries in the Gulf Coast.

The special corporate rights provision in NAFTA, known as the Investor State Dispute Settlement, also exists in the proposed 12-nation Trans Pacific Partnership (TPP). The TPP would give an additional 9,000 foreign corporations the right to challenge U.S. laws and regulations, like TransCanada, according to Public Citizen. These types of corporate rights cases under regional trade agreements are becoming more frequent—with a series of recent corporate wins under NAFTA  which successfully challenged government decisions to limit environmentally destructive mining and fracking.

By bringing the India solar case at the WTO and expanding corporate rights to challenge climate policy under the TPP, the Obama Administration is leaving a damaging legacy for global efforts to address climate change. When trade trumps the climate, we all lose.