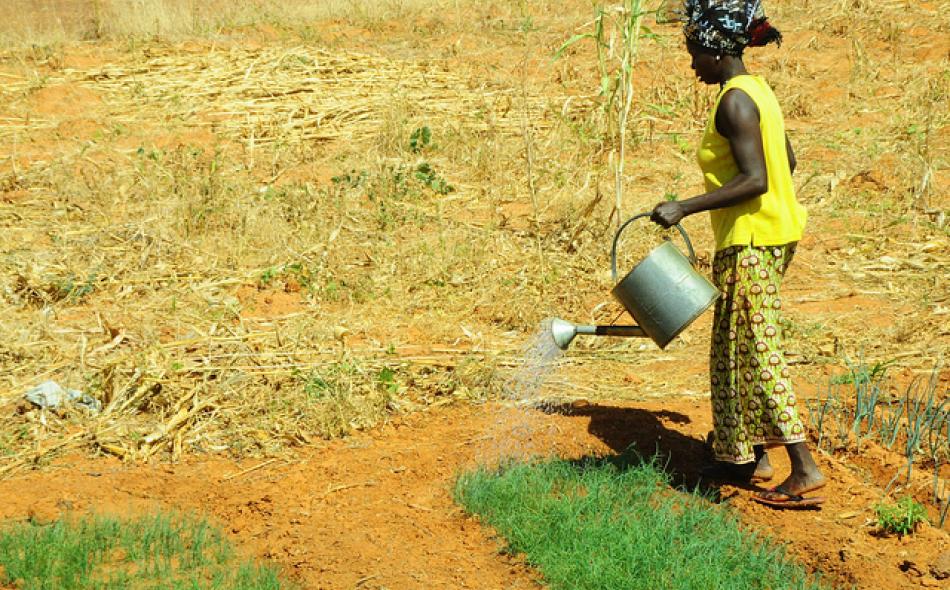 Today, even as the world celebrates World Water Day, some countries at the United Nations are trying to remove the reference to the “right to water” from a document that will guide the international development path in the coming decade.

It was less than two years ago, in the summer of 2010, that the United Nations General Assembly (UNGA) adopted a resolution recognizing water as a human right. This was followed by the United Nations Human Rights Council (UN HRC) adopting a resolution on “human rights and access to safe drinking water and sanitation,” which made these rights legally binding. The recognition of the right to water at these U.N. bodies, and the developments since, such as the appointment of a Special Rapporteur on right to water and the resolution by the World Health Assembly recognizing right to water, have helped place water rights on the global agenda.

These successes were partly the result of collective efforts of water justice activists over the last 10 years. IATP's own advocacy on right to water was a direct response to the reference to water as a “need” [instead of a right], in the Ministerial Declaration of the 2nd World Water Forum in 2000.

And yet again, in the lead up to the sixth World Water Forum earlier this month (March 12–17, 2012), the draft ministerial declaration did not clearly affirm the right to water despite the fact that it has now been recognized by both by the U.N. General Assembly and by the U.N. Human Rights Commission. Expressing her surprise, the Special Rapporteur on right to water warned that “the outcome of the World Water Forum may result in ‘solutions’ built on faulty foundations.” This is surely a pointed reference to the slogan of the sixth forum that "It’s time for solutions and commitments.”

To many groups in civil society it was clear that the draft Ministerial Declaration fell short of commitments that virtually all UN Member States had already made in multiple fora. Over 40 international and national networks and organizations issued a joint call to the 6th World Water Forum asking that “human right obligations relating to access to safe drinking water and sanitation” be replaced by “the human right to safe drinking water and sanitation,” or failing that they abstain from endorsing the declaration.

While the Ministerial Declaration of the 6th World Water Forum is neither legally binding, nor does it carry the political and moral authority of a UN resolution adopted in accordance with UN rules and procedures, it appears that the warning by civil society was spot on.  This week in New York a handful of governments have been trying to remove the reference to right to water from the draft outcome statement being prepared for Rio+20, the 20th anniversary of the first earth summit held in Rio in 1992. The current draft was formulated on the basis of extensive consultation with governments, private sector and civil society. Despite many shortcomings this draft outcome document affirms a rights based approach to sustainable development and clearly refers to the right to water.

What is at stake in keeping this reaffirmation of the right to water?

The right to water is also recognized as a useful tool by communities who are hurt by developments that reduce their access to safe water. A clear affirmation of these legally binding rights (as per HRC resolution and/or national constitutions) in national and international rules, regulations and policy documents become extremely important for pursuit of decisions that are advantageous to vulnerable communities.

An important corollary to the recognition of this right is the attention it draws to the large number of people for whom these rights are not a reality yet. A case in point is the way the Special Rapporteur on right to water has been able to highlight violations of right to water in countries she visits.

Finally, as I have said elsewhere, globally there is an increasing attempt to promote policies that will treat water primarily as an economic good at the cost of water as a fundamental right. Several Rio+20 initiatives on the green economy also follow an approach that narrowly focuses on resource use efficiency and economic growth. In the absence of effective regulatory frameworks, safeguards and the clear recognition of water as a fundamental human right, corporate interests will continue to supersede marginalized, low-income communities and smallholder farmers. The stakes of reaffirming right to water is especially high this World Water Day, as we move towards Rio+20.