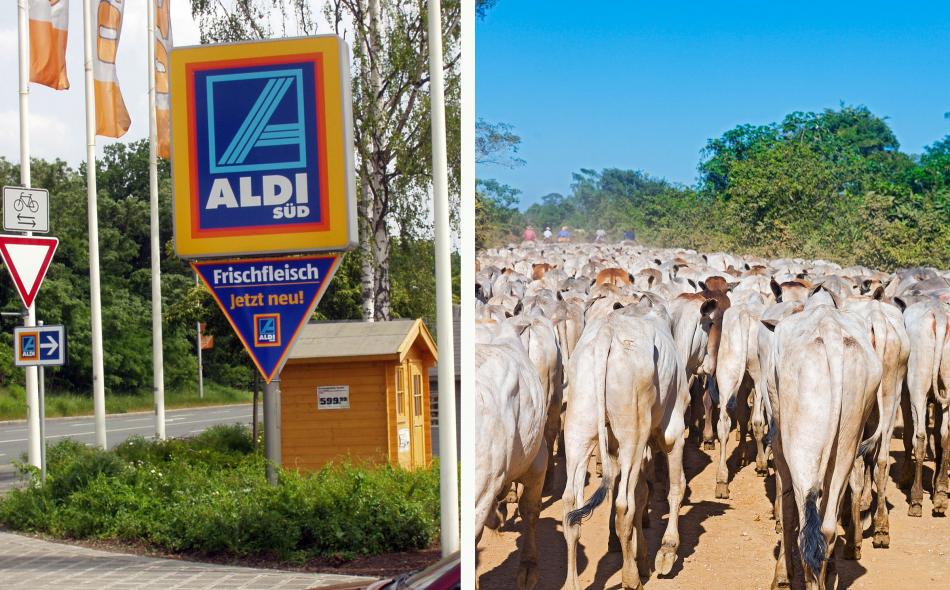 Used under creative commons license from Moe_ and Tambako the Jaguar

The Institute for Agriculture and Trade Policy (IATP) and Forum for Environment and Development invite you to a discussion about the global meat industry and its links to German retailers such as Metro, Lidl and Aldi. In particular, Andre Campos from Reporter Brasil will present groundbreaking research on the Brazilian meat production chain and injustices on workers, both in factories and on cattle ranches. Given their groundbreaking work on this issue, Reporter Brasil’s website has been targeted by hackers.

Shefali Sharma
Sharma, based in Berlin, leads IATP’s initiative on the Global Meat Complex—tracking and exposing the rapid accumulation of power of transnational corporations in meat production and its supply chains—with the goal to ultimately transform the food system. She has worked on international trade, agriculture and economic justice issues for over 18 years.

The Institute for Agriculture and Trade Policy (IATP), founded in 1986, works locally and globally at the intersection of policy and practice to ensure fair and sustainable food, farm and trade systems.

André Campos
Campos is a researcher and project coordinator working in several initiatives from Repórter Brasil since 2006. Much of his work is linked to exposing labour issues and human rights abuses taking place in the production of industrial goods and raw materials linked to the supply chain of multinational companies.

Repórter Brasil was founded in 2001 by journalists, social scientists and educators with the objective of encouraging reflection and action on the violation of fundamental rights of workers and traditional communities. Due to its work, it became the most important source of information on labor conditions in Brazil, including modern slavery. Its reports, journalistic investigations, research and educational methodologies have been used by leaders in government, the business sector and civil society as instruments to combat contemporary slavery, precarious work, human rights violations and environmental crimes.