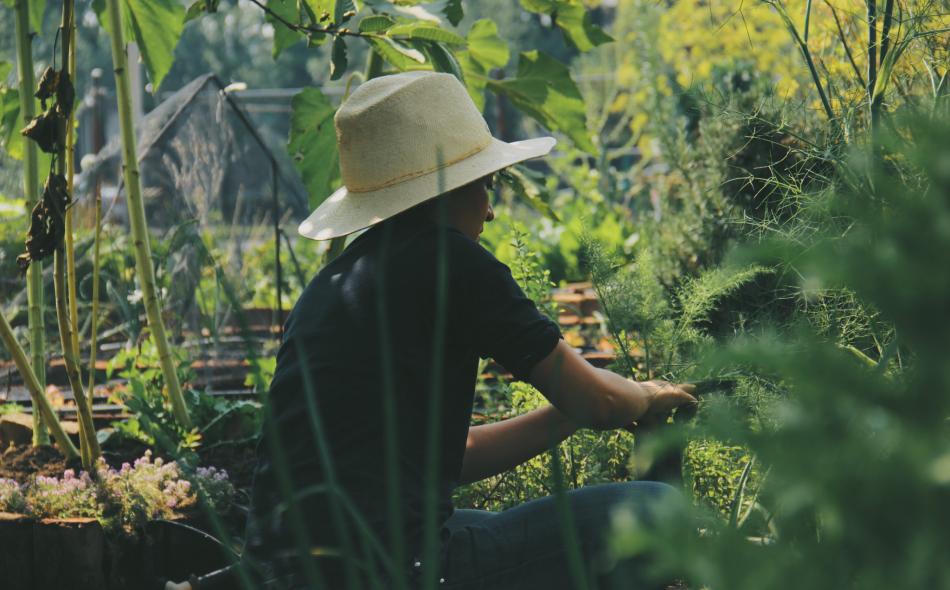 Fair prices and a bold new deal in Mexico

The Mexican government and new President Andres Manuel Lopez Obrador are moving forward with plans to transform its agriculture system to achieve self-sufficiency in basic grains and strengthen rural livelihoods. The first phase of the program includes guaranteed prices for corn, wheat, rice, beans and milk produced by small-scale farmers, around two million, linked to community stores around the country. Please join Enrique Perez from the Asociación Nacional de Productores Empresariales del Campo (ANEC, a member of the broad-based Campesino Movement), with translation by Manuel Perez Rocha from the Institute for Policy Studies; Tim Wise from the Small Planet Institute (and author of the new book Eating Tomorrow: Agribusiness, Family Farmers, and the Battle for the Future of Food); and Karen Hansen-Kuhn from the Institute for Agriculture and Trade Policy for a discussion of this ambitious program, some potential roadblocks, and the lessons it could hold for fair and sustainable production in the U.S. and beyond. Read Karen's blog Bold farm plans in Mexico offer a ray of hope in 2019 to learn more about this.

María Leticia López Zepeda, Executive Director of ANEC and a former advisor to REDCAMM (Regional Network of Producers of Michoacán), one of ANEC’s most active member organizations in the transition to agroecology. Leticia will speak on the role of the Campesino Movement and its allies in the current and future agriculture plans.

José Atahualpa Estrada Aguilar, Coordinator of ANEC’s program on Sustainable Production. An agricultural economist, he graduated from the Universidad Autónoma Chapingo. He has been working with farmers and their organizations on production and commercialization for more than 20 years, and for the last 11 on sustainable farming with a focus on agroecology.

Enrique Pérez Suárez is ANEC’s Media Coordinator. He is a member of the editorial board of La Jornada del Campo and is an active participant in social movements including the Movimiento Campesino and the Campaña Nacional Sin Maíz no Hay País (Without Corn, No Country Campaign), among others. He has a degree in journalism from the Universidad del Distrito Federal.

Tim Wise is a senior researcher and directs the land and food rights program at the Small Planet Institute. He also directed the Research and Policy Program at Tufts University’s Global Development and Environment Institute. With a background as an economic journalist and an international development practitioner, Wise’s research and writing have covered U.S. farm policies, trade and agricultural development, agricultural biodiversity, food prices and biofuels, and Mexico’s maize economy under the threat of genetically modified maize. With a prestigious fellowship from the Open Society Foundations, Wise has researched a book, Eating Tomorrow: Agribusiness, Family Farmers, and the Battle for the Future of Food, on small versus large-scale agriculture in the battle to feed the world, drawing on field work in Mexico, Malawi, Tanzania, Mozambique, Zambia, and India.

Wise previously was Executive Director of Grassroots International and a writer and editor at Dollars & Sense magazine, Amherst. He is the co-author of Confronting Globalization: Economic Integration and Popular Resistance in Mexico, The Promise and the Perils of Agricultural Trade Liberalization: Lessons from Latin America, and A Survey of Sustainable Development: Social and Economic Dimensions. He is a Senior Research Fellow at the Political Economy Research Institute at the University of Massachusetts.

Karen Hansen-Kuhn is the Director of Trade and Global Governance at IATP. She works on trade and economic justice, as well as bringing U.S. and developing country farm perspectives into policy debates. She served previously as the international coordinator of the Alliance for Responsible Trade (ART), a U.S. multisectoral coalition, and as policy director at the U.S. office of ActionAid, an international development organization.