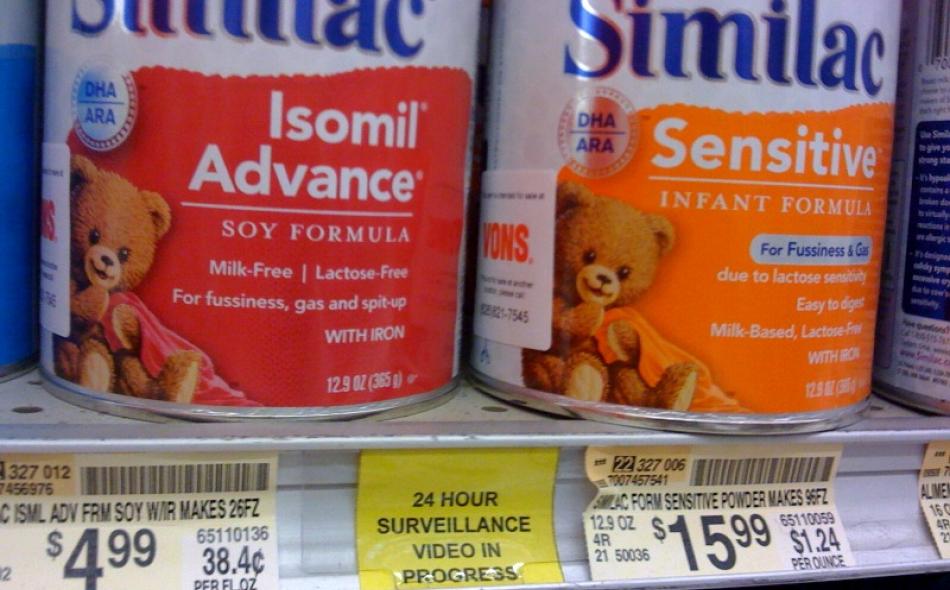 WEBINAR: What the public needs to know about nanotechnology and our food

While nanotechnology and nanomaterials may be tiny, they have huge human and environmental health ramifications. A growing body of scientific research demonstrates that engineered nanoparticles pose threats to human health, raising concerns about their use in food and many other consumer products.

Despite these concerns, nanomaterials can be found in everything from baby formulas to candy to fertilizers, and are largely unapproved and unregulated by the government. Novel products create novel risks: for example, nanomaterials can penetrate human skin and when ingested, reach sensitive places like bone marrow, lymph nodes, the heart, and the brain. But consumers have almost no information about these potential impacts, or even about where nanomaterials may be present. This technology demands new forms of toxicity testing and regulation to improve transparency in our food supply, and ensure the safety of human health and the environment.

Ian Illuminato, Friends of the Earth U.S.
Ian’s mandate at Friends of the Earth U.S. is to encourage the safe and precautionary management of nanotechnology. He has served on the Executive Committee of Friends of the Earth International and has worked for Greenpeace Italy, Greenpeace International, and the United Nations Environmental Program in Italy. Ian has authored reports including, “Nano and biocidal silver: extreme germ killers present a growing threat to public health,” “Nanotechnology, climate and energy: over-heated promises and hot air?,” and “Nanoparticles in baby formula: Tiny new ingredients are a big concern.” His writing has appeared in publications including the Journal of Nanoparticle Research, the Journal of the American Chemical Society, and the European Journal of Oncology. He has also appeared in numerous media outlets including the New York Times, Scientific American, Business Week and Reuters.

Friends of the Earth commissioned independent laboratory analysis that found nanoparticles in six infant formulas tested. These ingredients are not labeled and are not regulated by the U.S. Food and Drug Administration. Report author Ian Illuminato will present an overview of this groundbreaking analysis meant to inspire greater public scrutiny, industry accountability and government regulation of nanotechnology, particularly in the food sector.

Jeremy Tager, Friends of the Earth Australia
Jeremy Tager joined Friends of the Earth Australia’s Emerging Tech Project in 2013. He is a lawyer by training and has over 20 years of campaign experience working across a range of issues both in Australia and overseas. He has worked for a number of NGOs including Greenpeace Australia Pacific, Greenpeace International and the North Queensland Conservation Council.

For several years Australia’s food regulator Food Standards Australia New Zealand (FSANZ) claimed that there were no nanomaterials being used in foods in Australia based on the fact that no companies had applied for approval of these food ingredients. FSANZ intimated that if nanomaterials were being used in foods they would have to undergo pre-market safety assessment. When Friends of the Earth Australia commissioned independent testing of 14 commonly available processed foods last year, we found that every one of them contained significant levels of either nano silica or nano titanium dioxide. How did FSANZ get it so wrong and why, after the testing, did the agency get away with refusing to regulate these novel foods? This session will explain our test results, FSANZ’s response and the regulatory sham that allowed this to happen.

Steve Suppan, Institute for Agriculture and Trade Policy
Steve Suppan has been a trade policy and agricultural technology analyst at the Institute for Agriculture and Trade Policy (IATP) since 1994. He began to study the application of nanotechnology to food production and agricultural natural resources in 2007. He has submitted comments on nanotechnology regulation, guidance to industry and policy documents to the U.S. Environmental Protection Agency, the Food and Drug Administration, the National Nanotechnology Coordinating Office, and the White House Office of Science and Technology Policy. He started collaboration in 2012 with the Brazilian Research Network on Nanotechnology, Science and Environment (Renanosoma), giving three presentations in Brazil in Spanish and about a dozen via Skype on the Network’s “Nanotechnology Inside Out” webcast program. Steve represents IATP on the Nanotechnology and Chemicals Policy Committee of the Trans-Atlantic Consumer Dialogue, which began to discuss it nanotechnology policy recommendations with U.S. and EU officials in 2009. He blogs about his regulatory comments and participation in nanotechnology meetings in the “Think Forward” page at www.iatp.org.

Current technologies attempt to control the release of macro-nutrients, such as nitrogen and phosphorus, in synthetic fertilizer products. Nevertheless, an estimated third to two-thirds of macro-nutrients, depending on the fertilizer chemical and how it is applied in soil or on leaves, leach sufficiently to contaminate water and/or become greenhouse gases. The fertilizer industry and academic researchers, claiming a technological imperative to increase agricultural production to feed a projected global population of nine billion persons in 2050, are applying nanotechnology techniques to semi-permeable fertilizer coatings to increase chemical release time and improve nutrient targeting. Experiments have been reported that would increase plant crop yield by mixing nanomaterials in soil to increase seed germination rates. This short presentation surveys a few of the technical challenges of the many different nano-fertilizer technologies in research and development. Then we briefly review how and the extent to which fertilizer manufacturing and application is regulated, a necessary prelude to considering how nanotechnology enabled fertilizers might be regulated before they are sold to farmers and gardeners.