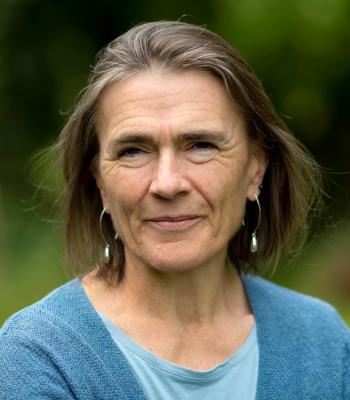 Sophia Murphy joined the Institute for Agriculture and Trade Policy (IATP) as executive director in October 2020. Sophia is a food systems and international economy expert with 30 years of professional experience, including as a board chair, program director, policy analyst and published writer. A policy expert and advocate who has focused on resilient food systems, agriculture and international trade, Sophia has worked primarily with civil society organizations, as well as with government, intergovernmental organization and universities.

Sophia originally came to IATP in 1997 as a senior associate to work on trade. She directed IATP’s trade and global governance program from 2000 to 2006, and later served as a senior advisor until 2018. She joined IATP from Geneva, where she had worked for two years with the United Nations Nongovernmental Liaison Service. For over a decade, she operated a successful independent consultancy business. Most recently, she served as research director and advisor on agriculture, trade and investment within the Economic Law and Policy Program at the International Institute for Sustainable Development (IISD). She was part of a three-year project called Ceres2030 that assessed the evidence on effective interventions to end hunger, double the incomes of small-scale producers and reduce food systems’ environmental footprint, and developed an economic cost model to look at the public investment needed for those interventions. She served two consecutive terms as a member of the steering committee of the High-Level Panel of Experts to the United Nations Committee on World Food Security.

Sophia is a dual Canadian and British citizen, who has lived and worked in Canada, the United Kingdom, the United States, India, Switzerland, Belgium and Australia. She is bilingual in English and French, with a foundation in written and spoken Spanish.

Sophia has a BA in Politics, Philosophy and Economics from Oxford University, a MSc from the London School of Economics in Social Policy and Planning in Developing Countries and a PhD from the Institute for Resources, Environment and Sustainability at the University of British Columbia.

COP27 debrief: What’s at stake on agriculture and climate in the coming year?
True or False? Evaluating solutions for agriculture and climate change
The New York Times took on the food system. Here’s what they missed.
What is systems thinking?
Growing not just more but growing it well: World Food Day
United Nations squanders opportunity for binding commitments to end hunger sustainably
Strengthening the science-policy interface
Rehabilitating protection and resituating trade agreements
A new leader for a new era: A WTO Agenda for the 2020s
The world watches as the United States elects a new president