The end of antibiotics in ethanol? 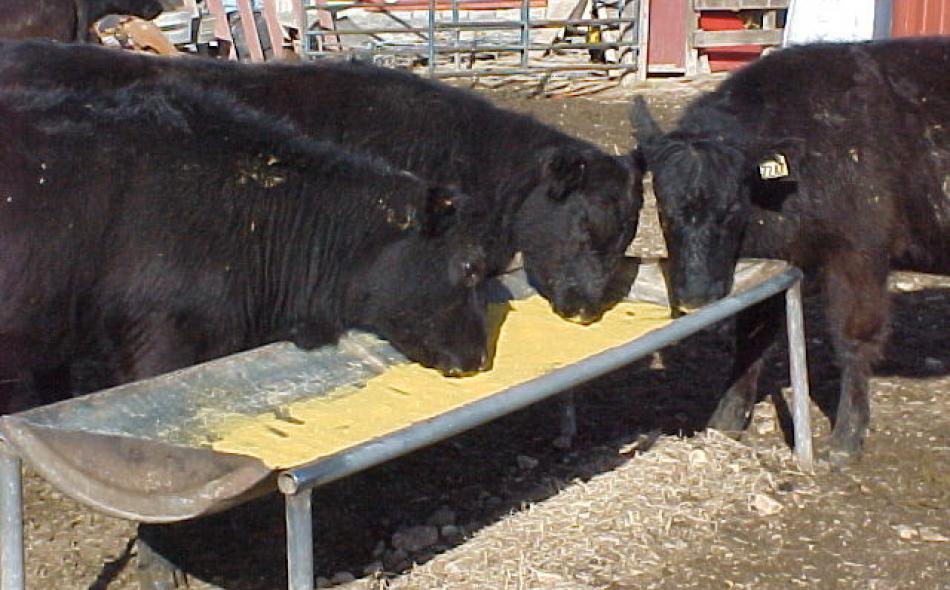 These calves are eating dried distillers grains that may contain antibiotic residues.

Over the last three years, IATP has written numerous reports and blogs about why antibiotic use in ethanol production is unwise and unnecessary. The antibiotics that ethanol producers use to control bacteria during production end up in a co-product called distillers grains (DGS), which are sold as livestock feed. We’ve argued that feeding livestock this additional, non-therapeutic antibiotic dose may contribute to antibiotic resistance, a problem that poses huge threats to public health. We’ve also argued that antibiotic use in ethanol production is unnecessary—effective, cost-competitive alternatives are readily available and widely used by the industry, but our common-good appeals haven’t stopped drug companies from unlawfully selling antibiotics to ethanol producers, or producers from using them.

Today, we’re releasing the results of an investigation into the FDA’s failure to regulate antibiotic sales to the ethanol industry. For at least the last five years, drug companies have been marketing unapproved antibiotics to ethanol producers,  a practice, according to the FDA, that is prohibited by federal code. The FDA knows about it, but has done nothing. Drug companies know too, but continue to market these antibiotics.

As we detail in our new report, Bugs in the System, the FDA’s food additive regulatory system is an opaque maze that almost seems designed to confuse the public. Whether a substance added to food gets regulated or not depends on how it’s classified. “Food additives” require lengthy scientific review and official FDA approval before they can be sold. Other substances go into food without FDA review or regulation if they are “generally recognized as safe,” (GRAS) a designation that’s determined by food substance manufacturers themselves. The GRAS category was created so that substances that have been added to foods for a long, long time (yeast, for example) could avoid the complicated food safety review process, but lots of substances that haven’t been long-standing food additives have entered the food system via the GRAS designation, including antibiotics residues in DGS.

Drug companies have declared that antibiotics used in ethanol are GRAS, and therefore exempt from FDA food additive regulations, but according to FDA officials, and ample evidence we uncovered, the FDA determined five or six years ago that ethanol antibiotics are “food additives.” Not only are the drugs therefore not GRAS, but they also require FDA approval before they’re sold.

Whatever one might think of our public-health appeals to end antibiotic use in ethanol, there is no debating the bottom line of our new report: Antibiotics are being unlawfully marketed to the ethanol industry and the FDA, in refusing to regulate, has turned a blind eye to its own ruling.

It’s time to put an immediate end to this unlawful practice. Get all the details in our new report, Bugs in the System: How the FDA Fails to Regulate Antibiotics in Ethanol Production.