Is your retirement fund a land-grabber? 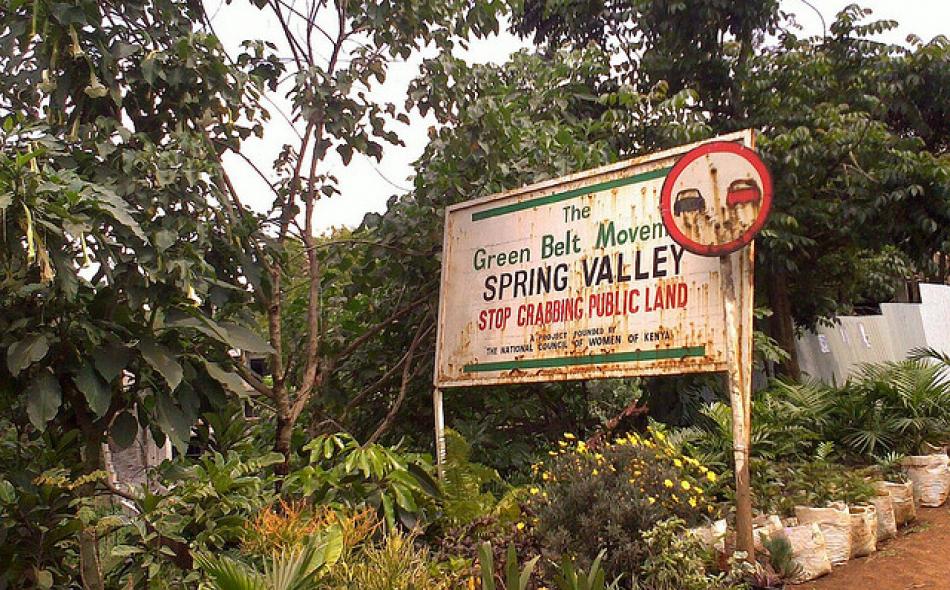 Near Spring Valley, Nairobi in Kenya.

The global scramble for land and resources has a big new player, and if you’re a teacher or work for a nonprofit, it might be you. The Financial Times reported this week that TIAA-CREF is developing a new “investment vehicle” that will bet the retirement funds of millions of American on the rising price of farmland around the world. According to the report:

The move represents a further step by institutional investors to look for ways to exploit the rapid growth of emerging markets and for long term alternatives to stocks and bonds following the poor performance of the last decade.

TIAA-CREF holds half a trillion U.S. dollars representing the retirement funds of over three million American college professors and nonprofit workers. It is joining a huge wave of investment into farmland that has swallowed over 560 million acres worldwide since 2001. (Equivalent to about one quarter of all farm and ranch land in the U.S.)  Proponents call this a win-win proposition, with wealth from the finance industry flowing to the cash-starved farming sectors of Africa, Asia and Latin America, and generating profits for Wall Street while feeding the world.

Farmers and activists on the ground tell a different story, involving human rights abuses, forced resettlement and industrialized agriculture that is producing not food for locals but biofuels and cash crops for export. Some of the land is lying idle as investors wait to flip it when prices rise rather than actually using it for farming. Last week, the U.N.’s Committee on World Food Security endorsed a set of voluntary guidelines on farmland use, in an attempt to avoid the most egregious offenses, but TIAA-CREF seems prepared to proceed with or without guidelines.

In the FT story, Minaya (who came to TIAA-CREF from AIG and Merrill Lynch) says he recognizes that, “it is a sensitive asset class from a food security point of view.” Perhaps in recognition of that sensitivity, the new investment vehicle will concentrate on “developed markets, such as the Americas and Australia,” rather than Africa, where the most high-profile land grabs are taking place.

But does that really make it better? I would say not much. As documented in part in a study by the Transnational Institute last year, there is widespread land grabbing taking place in Latin America. In fact, there is a massive social movement in the “developed markets” of Latin America fighting against land grabs, and for the rights of the poor and indigenous people not just to farmland but to protect natural resources more generally. New large scale land investments in much of the region will be probably be contested, legally or through direct action, which would not make it a very responsible investment of people’s retirement nest eggs. And the two most important food producers in the region, Brazil and Argentina, both have new laws that restrict foreign land ownership. (The Argentine law is described and bemoaned in this investment advisor blog.)

What about the good old U.S.A.? Surely there’s no problem with buying up farmland here? In fact, capital flows into farmland (fueled by high grain prices, low interest rates and land speculation) are already driving up prices to levels that have the head of the Federal Reserve Bank of Kansas City worried about a farmland bubble. If that bubble bursts, history tells us that TIAA-CREF members will not be the only ones to suffer. And although Minaya says TIAA-CREF will be investing for the long term, the short-term impact is to consolidate land ownership and make it that much harder for young people and other new farmers to access their own land.

The investment of ordinary citizens’ retirement funds in land grabs represents the re-orientation of the entire economy around financial markets over the past several decades. This trend, known as financialization, has been rationalized in the name of higher returns and economic efficiency, but in practice has been a massive redistribution of wealth from the rest of us to the financial industry. (IATP was among the first organizations to highlight the connection between a new type of unregulated financial speculation in commodity markets and the devastating food crisis of 2007-08, which left over a billion people hungry.) Financialization is one of the big changes below the surface that helps explain why our food system is so badly broken.

The good news is that what is broken can be fixed. As a first step, it’s clearly time for a new divestment movement in this country. Thirty years ago, Americans told their banks and other institutions to stop using our money to prop up the racist regime in South Africa. Last year, a coalition of faith groups convinced the pension fund for public school teachers in California to reconsider investment in commodity markets, because of the role commodity market speculation has played in increasing food prices. The land-grabbers should be next.