Obesity vs. superbugs: Who wins when the food system fails? 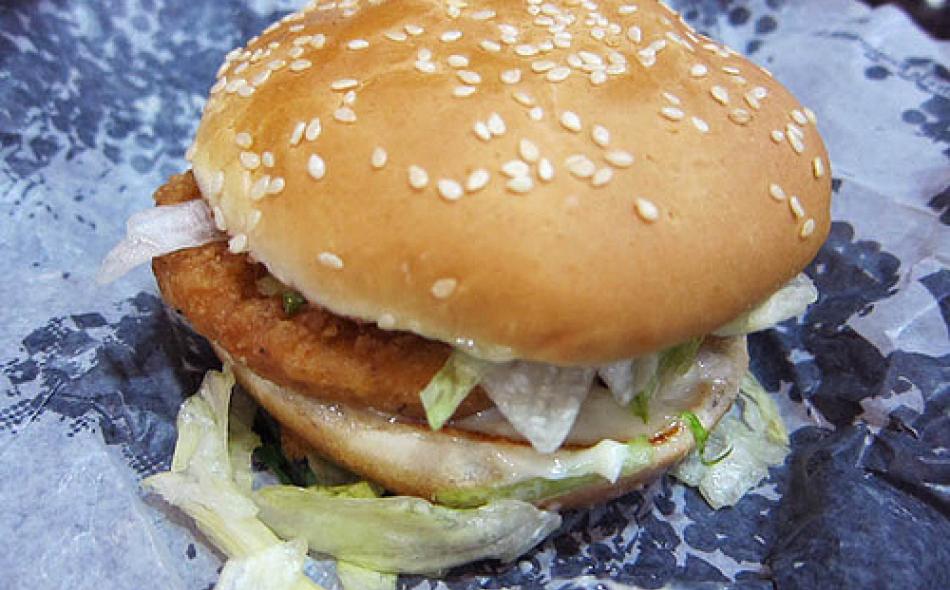 In many enviroments, it's simply more convenient to eat junk food thanks to availability and ubiquitous marketing tactics.

Duking it out this spring to be crowned "Scourge of the 21st Century": the dual public health epidemics of obesity and antibiotic resistance.

Obesity, the reigning champion, costs the nation more than $190 billion per year in direct treatment costs alone—a figure more than $40 billion higher than estimates from just two years ago. It's an epidemic creating a future where many of our children will live shorter, more disabled lives than our own. Maybe no other health problem drives America harder towards fiscal insolvency.

Just last month, the Institute of Medicine (IOM) released Accelerating Progress in Obesity Prevention: Solving the Weight of the Nation. The new report highlights the monumental task before us. There are a constellation of factors in our collective food system that, together, contribute to the epidemic. They include the ubiquitous marketing of junk food to children; school and other child environments where it's simply easier and more convenient to eat junk food or drink sugar-sweetened beverages than it is to drink water or to eat healthy foods, like fruits and vegetables; and agricultural research and policy (read: the Farm Bill) that fails to ensure "an optimal mix of crops and farming methods for meeting the Dietary Guidelines for Americans," i.e., national guidelines for what constitutes healthy eating.

The IOM report reinforces that there is no magic bullet solution; rather, we must work to tackle all these factors at the same time. Simply put, they constitute a failed system, and we can't afford not to act.

Our challenger: the epidemic of bacterial infections that are becoming harder and sometimes impossible to treat with antibiotics. The challenger has speed on her side. Resistant infections can kill quickly and with little warning—by contrast, the consequences of obesity (diabetes, heart disease, stroke) take years to decades to kill their victims.

Like obesity, antibiotic resistance is a crisis that portends a vastly different future for our children—a future where they may once again die of pneumonia or skin infections previously considered routine and easy to treat. From MRSA to resistant E. coli and salmonella, more people are falling ill and dying of these superbug infections every year. True, resistant infections cost our nation a relatively paltry $20 billion or so per year, compared to the $190 billion per year for obesity. Still, that's not just chicken feed.

Like obesity, the epidemic of antibiotic resistance is tied to a failing, industrialized food system. FDA data definitively show more than 29 million pounds of antibiotics per year are sold for use in pigs, chickens, turkeys and other food animals. By volume, this is about four times more antibiotics than are given to sick people. The vast majority of animal antibiotics are given to flocks and herds of animals that aren't clinically sick, for growth promotion, feed efficiency or to control disease created by raising animals in confined, industrial settings. More than half are antibiotics—like penicillins, tetracyclines, erythromycins and the like -- that humans also rely upon. Virtually all public health authorities in the developed world now agrees this huge, unnecessary use of antibiotics helps create resistant superbugs that threaten human health.

In this election year, let's not get caught up in another partisan horse race. Between public health epidemics costing the taxpayers tens of billions per year, there really is no winner. Who among us would wish a future for our children where they're crippled by fat, or risk death from an ear infection or cut gone wrong? Some national recognition that both scourges are inexorably tied to our shared, but broken, food system would be far more fruitful.

To combat these threats, we need to change the rules of the game. Right now, those rules actually encourage kids to eat empty calories. They encourage animal production that dumps human antibiotics into feed without thinking. We can change the rules -- we created them in the first place.

To avoid catastrophe, policies in the public and private sectors can encourage a different food system, one grounded in human and fiscal health.

Will that be easy, in a country addicted to cheap, 24-hours-per-day calories? Where farmers can buy tetracycline without a prescription in 50-pound bags online (seriously, check it out)? Of course not, but we literally cannot afford to wait to see which health scourge wins out.

Instead, let's change our food system and declare the winners our improved health, lower healthcare costs, and healthy food companies that have the foresight to lead the market rather than try and play catch-up.