Shuanghui acquires Smithfield: The view from China (part one) 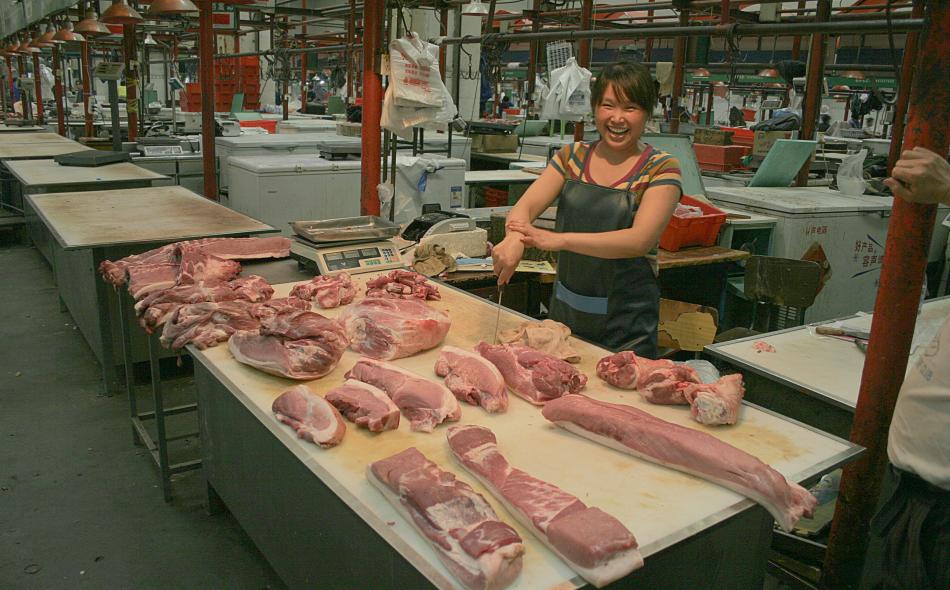 A wholesale market in Beijing. Photo by Jim Harkness.

The announcement last week of a bid by China’s Shuanghui International to acquire Smithfield Foods Incorporated came midway through my research trip to Beijing for IATP’s initiative on the globalization of industrial meat production. The responses to the news from back home have been all over the map, albeit fairly predictable. But what are they saying in China? Below I share some initial views from the press, blogosphere, academia and government. I’ll have more later this week.

The government seems positive about the deal. The first thing I noticed was the use of the word “merger” in the official Xinhua News Service’s initial piece on the acquisition. (The U.S. press prefers “sale” or “takeover.”) Xinhua’s second article actually uses “Win-Win” in the title, and describes how the merger will relieve the U.S. of the burden of our excess pork while easing trade deficits and improving Shuanghui’s food safety standards. “We can learn a lot from the industry leader,” Shuanghui CEO Wan Long is quoted as saying. Clearly he has never Googled “Smithfield recall.”

The business press and blogosphere have been more circumspect. Several web sites note the $2.4 billion in Smithfield debt that Shuanghui will have to swallow. In addition, Bi Xiaozhe (China Economics Net) points out that Shuanghui is taking on additional costs, including its commitment not to cut Smithfield’s U.S. (read: expensive) work force. Bi also observes that “grafting” a strong domestic company onto an international one does not guarantee transnational success, and that tactics that have secured markets and smoothed over regulatory issues within China may not work abroad.

Others are exploring the financing behind Shuanghui. Whereas U.S. pundits talk as if Shuanghui is a subsidiary of the Chinese Ministry of Agriculture, Chinese observers recognize that this is a fully private company, listing its various investment bank shareholders from inside and outside of China, including Goldman Sachs, which also holds Smithfield shares. Noting that the deal would not have gone through without Goldman’s role, Sun Ruili (New Financial Observer) wonders aloud who will call the shots in the new company. Sohu Finance’s international desk echoed this, and cited a source who claims that the $7 billion in financing will come from Morgan Stanley and the Bank of China. For columnist Deng Yuwen, the deal is “not an overseas acquisition by a Chinese corporation, but a consolidation of industry control and profits by international finance.”

Blogger Wang Ran provides the cheekiest take on the deal. In response to those in China who might express indignation at American official scrutiny of the merger, he asks whether China would let such a deal go through if positions were reversed and a foreign company wanted to acquire Shuanghui. He then points out how unusual it is that this deal is about selling American pork to China and not the other way around. “In ‘respectable’ countries, you acquire a business abroad to expand exports, but in ‘disreputable’ countries you acquire a foreign business in order to put a respectable face on your sales of rat meat in domestic markets.”

Later this week, I’ll report back on conversations about Smithfield/Shuanghui with two of China’s leading analysts of agriculture and trade issues. Stay tuned.