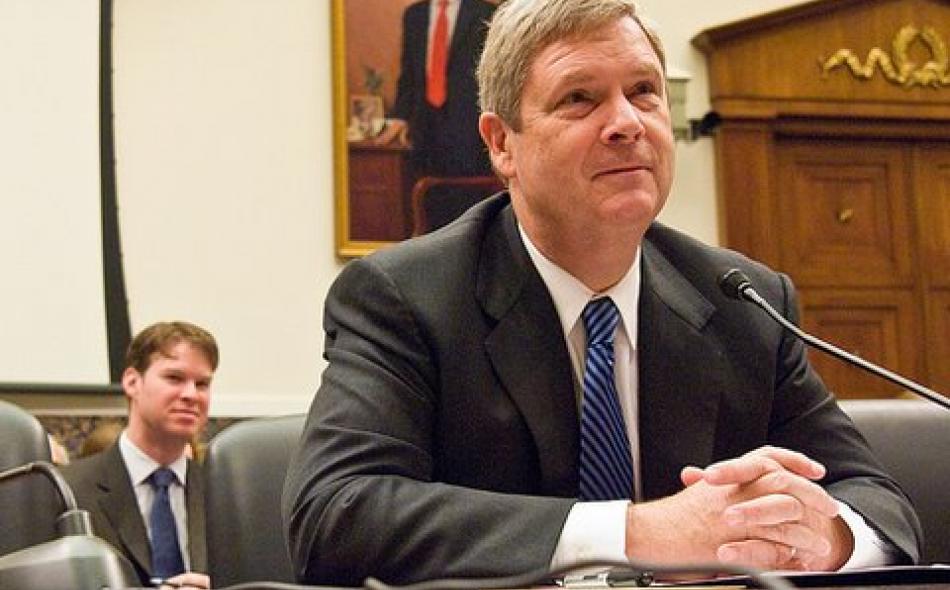 One of the big sticking points in the TTIP talks has been the EU’s prohibition on imports of beef treated with growth hormones. EU officials continue to insist the issue is off the table, but U.S. officials keep pushing it right back on. Just this week, U.S. Secretary of Agriculture Tom Vilsack told reporters at Politico that EU restrictions on hormone beef (and GMOs) were problem areas in the trade talks. “We should be given an equal opportunity to make the case [for U.S. farm products],” Vilsack said. “It may very well be that European consumers decide not to buy product from the United States, but they ought to be given the choice.”

Well, in fact they are given the choice, at least in the case of hormones. According to a new report by Vilsack’s own Department of Agriculture, U.S. sales to Europe of beef raised without hormones have increased substantially over the last few years. It’s an interesting story of a trade dispute spurring new, and apparently profitable, changes in production.

The EU has banned the use of growth-promoting hormones in beef since 1989 over concerns about the safety for human health. The U.S. and Canada won a WTO challenge to that decision at the WTO, winning the right to impose retaliatory tariffs on EU farm goods. In the meantime, USDA’s Agricultural Marketing Service began a Non-Hormone Treated Cattle Program, which certifies U.S. beef for export to the EU.

According to the report, in the wake of the WTO ruling (and in exchange for dropping the retaliatory tariffs), the EU created a special tariff window (Tariff-Rate Quota in trade lingo) for high-quality, hormone-free beef from the U.S. and Canada. That program has been expanded a couple of times, most recently in 2012, to provide for up to 48,200 metric tons of beef duty-free (imports over that volume incur additional tariffs). The new window is shared by Australia, Canada, New Zealand, the U.S., Uruguay and Argentina. U.S. firms have been taking advantage of the program, exporting 17,286 tons of hormone-free beef to the EU in 2013 (up from 7,545 tons in 2009, when the program was first expanded).

The report notes that it’s hard to say what would happen under TTIP, since if the restriction on hormone beef were lifted, the EU might eliminate the special duty-free quota as well. In the recently completed EU-Canada Comprehensive Economic and Trade Agreement (CETA), the EU maintained the restriction on hormones in beef, but granted Canadian producers additional access of 50,000 tons per year.

The EU maintains these kinds of restrictions for several reasons. Food safety is a key concern, but there are other factors as well. EU legislation on animal welfare is also considerably more protective than in the U.S. A recent report by the European Parliament noted that if a flood of this cheap beef were to enter the EU market, the effects would be devastating for European producers who grow their cattle under very different conditions.

So, it seems that European consumers are willing to buy high-quality, hormone-free beef from the U.S. if it’s offered. And that, working outside the confines of the TTIP talks, regulators on both sides have found a way to make that happen. If the point is to provide healthier foods on terms that pay farmers a fair price, then it seems like we’re on the right track with existing measures, at least in this limited example. If it’s to expand production of factory-farmed, corporate-controlled meat no matter what the consequences for farmers or consumers, then TTIP is the ticket. I’d choose the healthier cut any day.