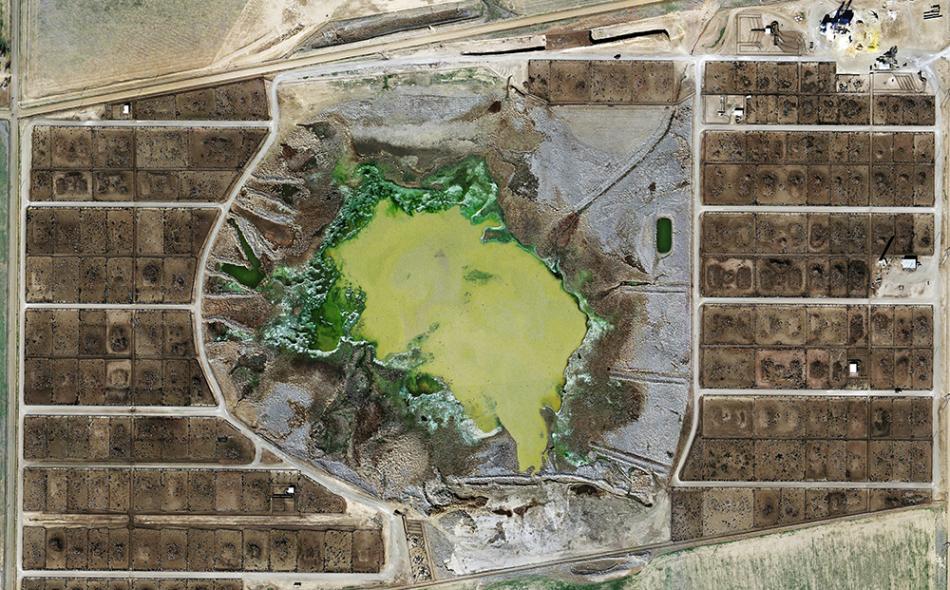 Satellite photo of the Tascosa Feedyard, a cattle feedlot in Texas.

The Institute for Agriculture and Trade Policy’s European Office, along with international group Compassion in World Farming (CIWF), German member of Via Campesina—Arbeitsgemeinschaft bäuerliche Landwirtschaft e.V. (AbL) and PowerShift launched their new report Selling Off the Farm: Corporate Meat’s Takeover through TTIP today with a panel discussion and a press briefing at the European Parliament.

Some key findings from the report:

As I stated in the press release announcing the report, “The U.S. simply lacks essential rules that should curb the meat industry’s worse practices that cost taxpayers millions in environmental and public health costs. The Transatlantic Trade and Investment Partnership (TTIP) negotiations are already influencing European policy even without being agreed to—this is clear from the EU’s recent decision to scrap their methane cap from their National Emissions Ceilings Directive. With TTIP, the EU industry will also ensure that pending decisions on critical issues such as cloning and glyphosate are made with trade ‘competitiveness’ in mind and not the public interest. A TTIP deal would basically hand over Europe’s animal farming sector on a silver platter to transnational meat corporations—through tariffs and quota expansions, but definitively through the sweeping de-regulatory changes the industry hopes to win through the accord.”

Sharon Treat, lead author and former U.S. state legislator said: “The analysis clearly shows that regulatory processes for key issues that the European and American public care about—from climate change, GMOs, country of origin labelling or future rules on technologies such as gene editing--will be affected. The meat industry will be able to use TTIP to effectively undermine efforts to regulate the negative environmental and public health impacts of their industrialized practices in the future—not just at the EU and federal level, but for EU Member States and U.S. states as well.”