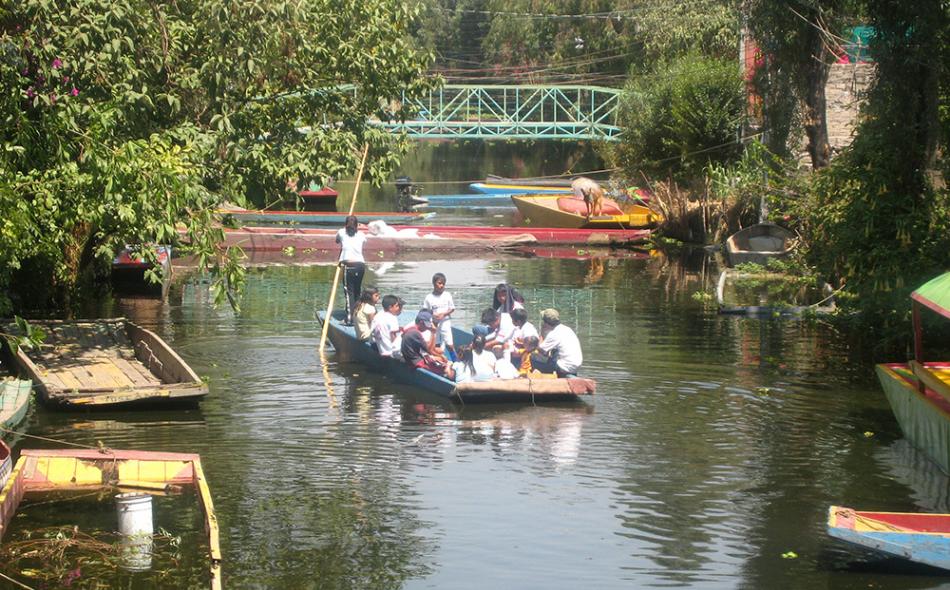 On 21 September 2016 the United Nations (U.N.) newly convened High-level Panel on Water (HLPW), called for a fundamental shift in the way the world looks at water. Supported by the World Economic Forum and its water initiative, the HLPW was formed to help “build the political momentum” to deliver on the U.N. mandated Sustainable Development Goal (SDG) on “water and related targets” that the U.N. member governments agreed to in 2015.

The HLPW is co-convened by the United Nations Secretary-General Ban Ki-moon and the President of the World Bank Group Dr. Jim Yong Kim. Co-chaired by the presidents of Mexico and Mauritius, the Panel is comprised of 11 sitting Heads of State and Government and one Special Adviser “to provide the leadership required to champion a comprehensive, inclusive and collaborative way of developing and managing water resources, and improving water and sanitation related services”.

But will the HLPW provide this leadership? How do we ensure that the leadership is inclusive, transparent and accountable?

The Panel was announced at the January 2016 World Economic Forum in Davos, ringing alarm bells for those who have been monitoring the post 2015 processes at the United Nations. Last summer, water justice activists were extremely concerned that the draft text on Sustainable Development Goal (SDG) 6 on water did not clearly recognize water as a fundamental human right. Their relentless advocacy forced the U.N. Member States to reaffirm their commitments regarding the “human right to safe drinking water and sanitation” as part of their vision for Transforming the World through the 2030 Sustainable Development Agenda.

Barely six months later, when the High-level Panel was announced—at a venue dominated by transnational corporates, a forum where rich and powerful mingle and plan for the future —it raised some red flags. When the Panel was officially launched in April 2016 in New York, civil society organizations (CSO) raised their concern that the HLPW appeared to be an initiative led by the World Bank. Meera Karunanandan, one of the key CSO campaigners said, “With the World Bank now positioning itself as a leader in the implementation of the SDG on water, groups who fought for a rights-based perspective are now deeply concerned that the agenda will very quickly be steered away from human rights objectives in favor of a plan to manage water to meet the World Bank’s vision for economic growth.”

The CSO advocacy led to an official action plan that lists a number of key considerations and principles that have guided the panel so far. These principles include a commitment to the human right to safe drinking water and sanitation, as well as to transparency and inclusion.

However, this does not mean we can be assured that the panel will continue to be guided by these principles.

Earlier this year, for example, Mexican civil society groups were forced to file a court case seeking information on the contents of any negotiations or agreements between the World Bank and the Government of Mexico City. (According to widely-published statements from the Mexico City Mayor, the World Bank is loaning 10 billion pesos for concessions to operate the city's hydraulic infrastructure).

This lack of transparency led international organisations, such as the Public Services International, to raise concerns about the direction the High-level Panel might take, given that “the President of Mexico, Enrique Peña Nieto, heads the recently formed United Nations and World Bank High-level Panel on Water, mandated to find new ways to achieve the U.N.’s Sustainable Development Goal 6 for the Right to Water and Sanitation. The secrecy surrounding the Mexico City agreement does not speak well for the direction that the Mexican President might be considering for this new Panel.”

In the 2017 Federal Budget proposed last week by Enrique Peña Nieto's administration, funding for public water system infrastructure was cut by 72 percent! (from 12.6 billion pesos to 3.6 billion pesos). Meanwhile,the budget for the megatunnel to export Mexico City's rainwater (which the city needs in order to supply itself through sustainable reservoirs) to Carlos Slim’s PPP ‘treatment’ plant--which was increased from 3.1 billion to 3.2 billion pesos.

[See this detailed report for more information on that scheme.]

Meanwhile, the Mexico City mayor just announced once again, on September 6, that the World Bank and Veolia will be investing in every aspect of the city's water infrastructure. In response to legal demands for access to information on these deals through the Mexico City transparency agency and then in local and federal courts (initiated after a similar announcement in November last year), the Mexico City government has denied consistently that any such negotiations were taking place.

Thirdly, CONAGUA, the huge national water agency, is cancelling the renovation of water rights to smaller agricultural users, while granting concessions for enormous volumes to transnational mining and energy (thermoelectric and fracking) companies.

Finally, CONAGUA, and their allies in the Legislature (both houses are controlled by Enrique Peña Nieto's party) plan to override the broad-based citizen’s movement for new water law which would prevent private control and promote democratic decision making in watersheds and municipal systems, and instead pass their new General Water Law this November, to provide the guarantees that private investors are requiring.”

Clearly, the Panel’s commitment, not only to “inclusive and collaborative ways developing and managing water resources” but also “to the right to water,” would be at risk under this approach.

According to the World Bank, the Panel aims to “mobilize effective action […] to increase access to safe drinking water and adequate sanitation for all, and to improve the sustainable management of water and sanitation … (SDG 6), as well as to contribute to the achievement of the other SDGs that rely on the development and management of water resources.”

The Bank’s recognition that “achievement of most SDGs would rely on the development and management of water resources” is commendable. In fact, it would be impossible to achieve SDG 2  on ending poverty and achieving food security through sustainable agriculture without small holder food producers’ rights to freshwater, and political and policy support for agricultural practices that conserve water.

However, according to our partners, CONAGUA, the national water agency of Mexico is cancelling the renovation of water rights to smaller agricultural users. This experience raises questions about the commitment of Mexico, and the leadership of the HLPW to “the achievement of the other SDGs,” which the World Bank states is one of the aims of the HLPW itself. In addition, as we might infer from the information shared by our partners at Agua para Todos Agua para la Vida, Mexico, there are questions around transparency and accountability of the leadership, both in the case of Mexico and the HLPW itself.

To anticipate the direction the Panel might take, the “Special Advisor” to the Panel, Dr. Han Seung-soo played a pivotal role in the adoption of OECD declaration on Green Growth, and in its promotion as a global strategy for economic growth. (Critics have described “green growth” as a greenwashing of existing industrial practices.) As a founding chair (2007) of the high-level panel on water and disaster—co-moderated by the World Water Council (organizer of the triennial world water fora, that denied water as a human right) —his priority is likely to ensure that the “green growth” is not compromised, and that limited water resources are made available to support it.

It then remains our, i.e. the public’s, collective responsibility to ensure that the High-level Panel on Water does not promote green growth at the expense of a comprehensive, inclusive and collaborative approach to developing and managing water resources. Indeed, let’s hope that the HLPW is able to help bring a fundamental shift in the way the world looks at water, where fundamental human rights and environmental justice are kept at the center of that shift.