A more inclusive place for all 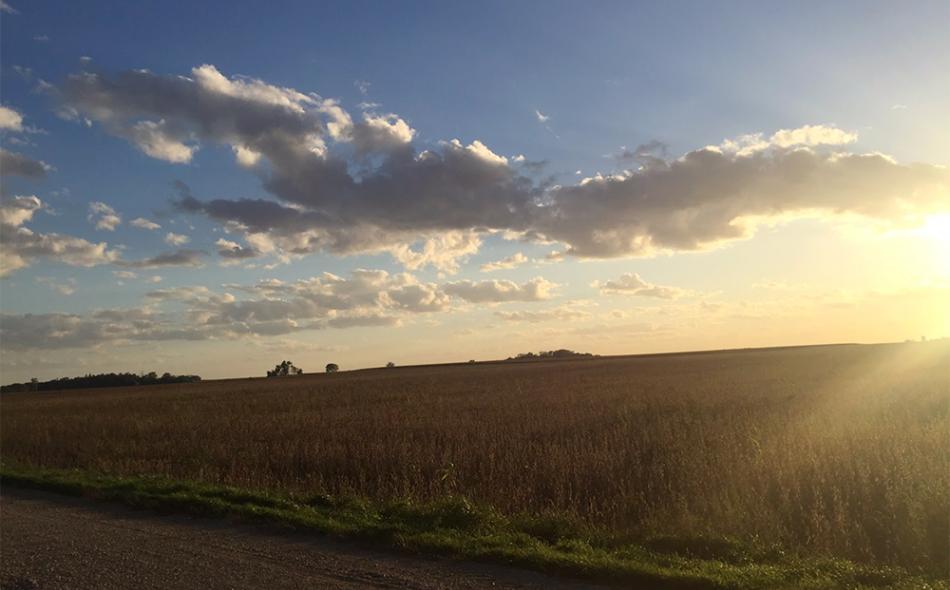 The past few months have been as much about looking ahead as they have been about coping with life in post-election America, a space that feels post-apocalyptic for many. Americans and people across the globe have been processing their emotions, trying to understand a vote that came as a surprise to many, and in some cases pausing to reflect on rural realities seemingly ignored by the Democratic Party. Voting patterns in the election brought to the surface just how little understanding there is between rural and urban Americans. What can we learn from this? If we stop oversimplifying the Presidential vote—and the voters themselves—we may recognize that people are complex, emotional beings. Many are recognizing the need for Americans to increase our understanding of others and pondering just how to do that. Here are a few good starting points.

Today, politics have become more about identity than policy. This was evidenced in Trump’s campaign, which rarely detailed his stance on policies, but never failed to send a loud, clear, and indeed, successful message of inclusion to rural Americans who felt misunderstood and ignored. The sorting and categorization of communities by race, gender, education levels and shared ideologies is a practice further entrenched by this election, one in which many voters used their vote as one of protest.

If we want the world to be more inclusive, rather than exclusive, we must step back and look at our own identities. I strongly believe that being inclusive is a mindset first, a mindset of how to embody more complex versions of ourselves. The challenge is that it’s human nature (in our increasingly overwhelming society) to simplify the complexities. Once you lean one way more than another, you have a home base, a family, community, a safe zone, refuge and shoulders to stand on. Yet, this innate tendency to gravitate towards those who are like us only intensifies the poles, leaving a larger gap and great divide between the “us” and “them.” We become comfortable and unaware. We lose our complexities. Our systems lose important players in the middle. Our discussions become challenging because we don’t see how we are similar.

As we seek to build a more inclusive nation in the U.S., we must always be reminded that it starts with ourselves, and often what we think is coming at us is also coming from us. Rather than trying to create a stronger sense of who we are by simplifying our identity, how can we embrace broader versions of ourselves?  It’s not just the most effective place to start; it’s the most important.

Do not listen for the purpose of building a strategy to change someone’s ideology. Do not listen to validate how your worldview is nobler than theirs. Listen to understand. We do not have to agree, but we must broaden our understanding to move forward as a truly civil society. Our values are based on our life situations and experiences. They cannot be separated from place and time, just as today’s marginalization of people of color comes from a long-standing history and continued oppression that plays out as structural racism, so too must we recognize the history of class in America and its enduring role in our social and geographic hierarchy.

We must engage in real, authentic dialogue—the type of conversation that is comprised of representative groups of community members in terms of the ideologies, political viewpoints and class divisions. We must refrain from narrowing our communities to a scale that comforts us, like to those who live in our gentrified and segregated neighborhood. As a Minnesotan, I ask myself, what happened to our community of Minnesotans or our shared identity as Americans? At what point did we perceive that we share no values common enough to consider our identity a shared identity? It is now that we must embrace the uneasiness of rebuilding our shared identity and value as an interdependent country of urban and rural citizens, one that is truly better together.

Where we disagree, we must be clear what we disagree about. We must stomp out the bigotry, racism, sexism and all forms of injustice that Trump attempts to legitimize and condone – calling it out in all instances that it is present, overt and subversive. At the same time, we must recognize that Trump’s use of this discrimination in his candidacy does not reveal an inherent malice in the majority of Americans, and perpetuating this assumption only hinders our collective advancement of human rights. More appropriately, we need to set generalizations aside so that we can create space for the needed conversation about the hidden injuries of structural racism and class privilege. This is not the moment to get swept up in our own political identities. Rather, it is a critical time to be clear about the proposals put forth by the new administration and to offer concrete alternatives or changes that are representative of all of our needs. We must use caution when turning those battles into an opposition of two opposing forces, of seeing those points of misalignment as a duality – it’s a dangerous oversimplification.

It is a mistake to think that our social media enclave is broadening our perspective and worldview. Get to know someone different than you every chance you can and stop contributing to the echo chamber. In a time when we are outraged, we must practice ever more diligence to be mindful of how we speak and relate to one another, and what we post on social media. Restricting our tone to anger runs the risk of further narrowing our already narrow identities.

Reading a book or participating in a social forum discussion doesn’t come close to what we can learn from firsthand experience. I know many urban-based, liberal counterparts who understand this intellectually, yet rarely drive out of their metro area to understand and experience the rural culture in their state or region. Their lack of exploration can often, rightly or wrongly, be perceived as deriving from fear of or lack of interest in rural communities. Worse, it fans the flames of disregard by perpetuating media and second-hand messaging offering caricatures of rural Americans as backwards, outdated and uninteresting.

Despite much recent talk of fake news, there is little talk of what I would call the failing media. Major news outlets in the U.S. and abroad rarely offer rural place-based perspectives that truly document the life, celebrate the culture and voice the concerns of rural people; despite assertions of rural communities around the world that they have long been unheard, unsupported and afraid of democracy failing them. Yet, their plights have remained largely ignored by mainstream media. Which brings us back to the importance of first-hand experience and authentic engagement.  When humans are in crisis, they respond emotionally, not rationally. People need to know that you care, before they can care what you know. It is a mistake to focus more attention on intellectual and ideological battles rather than validating how people actually feel.

We have to be brave and curious. We have to stop ignoring people’s inner pains and seek to understand them by reaching out with empathy to create space for an authentic exchange of all our fears and concerns for the years ahead. At the end of the day, this is an opportunity to learn and grow and consider another world view. This is the time to become even more vocal of what is unjust and what is inexcusable, and to also abandon the shaming of Trump voters in order to rebuild a community base that is broader, more inclusive and a place for all of us, urban and rural, to stand-up for one another.