Clean water: One of the first causalities of partisan attacks to roll back regulations 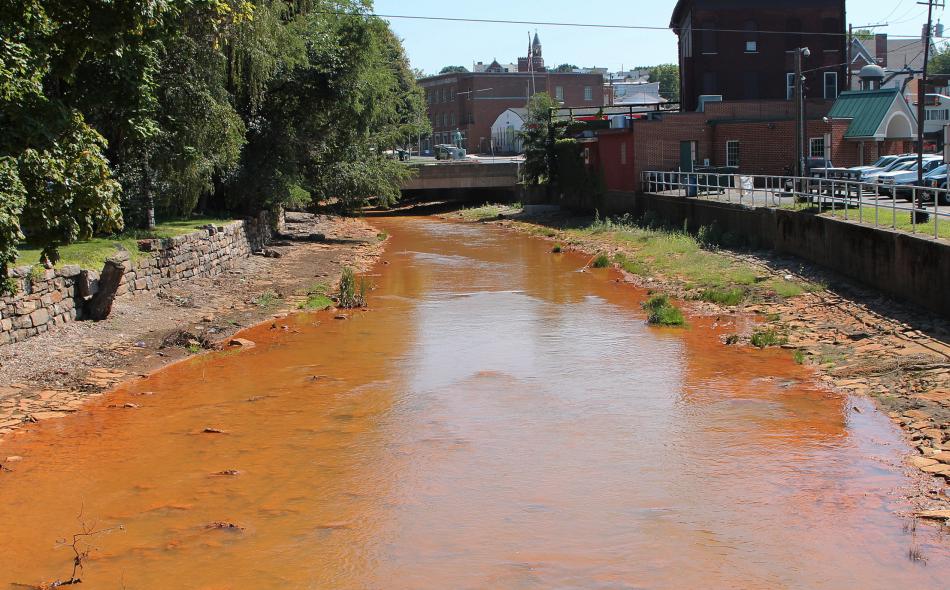 Photo courtesy of Wikipedia used under the Creative Commons license.

Earlier last week it was reported that President Donald Trump is about to issue the next set of executive orders, this time targeting environmental safeguards for water and climate put in place in 2015. The water rule — formally titled the Clean Water Rule, but commonly known as Waters of the United States (WOTUS)—and the Clean Power Plan are two of the most comprehensive environmental rules issued by the Obama administration. The Clean Water Rule stipulates which water bodies are automatically covered under the Clean Water Act. Similarly, the Clean Power Plan was developed under the authorization of the Clean Air Act, which requires the Environmental Protection Agency (EPA) to take steps to reduce air pollution that harms the public's health. The Plan, for the very first time, provides carbon emission guidelines to existing power plants.

On the campaign-trail, Mr. Trump had promised to undo these rules, if elected. His first step towards this was to nominate Scott Pruitt—someone with a clear record of hostility for environmental and public health protection at both state and federal levels—to head the EPA efforts. Emails released last week shows close coordination between his office and fossil fuel interests in Oklahoma when he was the attorney general of the state.

Last week, Mr. Pruitt told Wall Street Journal that “he expects to quickly withdraw both the Clean Power Plan (President Obama’s premier climate regulation) and the 2015 Waters of the United States Rule.” This withdrawal carries out the 2017 plans of the U.S. Chamber of Commerce which opposes rules such as the Clean Power Plan and Clean Water Rule that are seen as regulatory over-reach by the EPA. This anti-regulatory agenda is shared by a many corporations engaged in manufacturing, mining, energy sector, agribusiness or construction.

In the meantime, Congress is using a formerly seldom used law, the Congressional Review Act (CRA), to attempt to nullify dozens of environmental and other regulations put in place by Obama administration in its last months in office.

The CRA is a little known legislative procedure—used only once successfully since its passing in 1996—as a way to make it easier to overturn regulations, which are issued by executive branch agencies, pursuant to statutes passed by Congress in the first place. The CRA created  a period of 60 "session days" (days in which Congress is in session) during which Congress could use expedited procedures to nullify a regulation without going through the normal process to change or terminate the legislative authority for a rule.

Under that mechanism, Congress does not go through the politically hazardous process of killing the Clean Water Act itself, but instead kills a rule to implement that Act. CRA resolutions are not subject to the procedural requirements in the Senate, such as a filibuster and the 60 vote requirement to end a filibuster. Technically, the President could still veto a CRA resolution, but that seems unlikely now with this administration. The CRA process also stipulates that no rules that are “substantially similar” to the nullified rule can be developed in future, unless authorized by a new law, even if an existing law demands the development of the rule.

The CRA mechanism is being utilized now to overturn rules that are the results of years of public consultations. For example, on January 30, Reps. Bill Johnson (R-OH), Evan Jenkins (R-WV) and David McKinley (R-WV) introduced HJ RES. 38-115 “Disapproving the rule submitted by the Department of the Interior known as the Stream Protection Rule.” With President Trump’s signature, this resolution became apublic law on February 16, and nullifies the Stream Protection Rule finalized by the Department of the Interior's Office of Surface Mining Reclamation and Enforcement on December 20, 2016.

The Stream Protection Rule, developed by the Office of Surface Mining Reclamation and Enforcement (OSMRE), had sought to address the impacts of surface coal mining operations on surface water, groundwater, fish, wildlife and the productivity of mining operation sites. It included reforms to revise 33 year old regulations for coal mining and was formulated after an extensive and transparent public process that spanned several years.

According to an  Associated Press report, “The Interior Department said the new [Stream Protection] Rule will protect 6,000 miles of streams and 52,000 acres of forests, preventing debris from coal mining from being dumped into nearby waters.” According to the Stream Protection Rule Regulatory Impact Analysis by OSMRE, the “Proposed Rule is estimated to yield downstream improvements in 292 miles of stream annually” benefitting those communities living in the vicinity of polluting industries and mines, especially if they were accessing their drinking water from polluted sources. The Southern Environmental Law Center (SELC) points out that “the Stream Protection Rule limited the amount of mining waste that could be deposited into streams and required mining companies to monitor the water for coal contaminants and report the findings to the public. [...] But now this protection has been stripped from these communities through use of the Congressional Review Act to repeal the rule.”

Even if the forthcoming executive orders targeting Clean Water Rule or Clean Power Plan are deemed illegal—as some Attorney Generals have suggested in late 2016—these Congressional initiatives have the effect of undoing important regulations that would have improved water quality, public health and environmental health. Moreover, since the rule was reversed through the CRA mechanism, the EPA will be unable issue any new rules to ensure source water protections under the Clean Water Act—compromising the drinking water quality in these mining communities—for a very long time.

This is not an isolated example either: the 115th Congress has introduced more resolutions using CRA in its first ten days than any previous Congress has attempted in its entire term, as shown below in the Washington Post graph.

The need for better regulation to ensure safe waters and clean air for American people has been evident for decades. Then the question is: who is interested in the repeal of laws that protect our environment? Who wants corporations to continue their pollution?  Certainly not local communities who use the local waters.

Sen. Todd Young, of Indiana, said that "eliminating this provision”, would bring his constituency one step closer to the goal of better jobs that pay better." In an opinion piece he wrote: “this regulation does nothing to protect waterways. Instead it’s an attempt to end coal mining operations that employ so many Hoosiers and sustain our communities.” The coal industry has been saying the same thing too. The National Mining Association (NMA) has claimed that the Stream Protection rule would result in up to 281,000 job disappearing. However, they all seem to have ignored reports on analysis by the Congressional Research Service: According to their assessment, on an average, while the rule would result in reduction of 260 coal related jobs in a year, it would also generate an average of 250 new jobs every year.

This local reaction to Stream Protection Rule rollback from a retired tristate coal miner, Bil Musgrave is telling. Unlike Sen. Young, he was clearly in support of the regulation, and said: “I think that the coal companies and other industries have been abusive of the environment in the past." He’s right: the lack of clean water and presence of sooty air is likely to be much more acute in the coal mining communities than among communities farther away. The Stream Protection Rule would have helped reduce the water related health problems faced by coal mining communities such as his.

However, to the industry executives, corporate lobbyists, and the Congress men and women who voted on their behalf to roll back the Stream Protection Rule, corporate profits are a priority over the health of the community—let alone the environmental impacts and the health impacts farther away. They and the President will use the language of job creation to justify this kind of assault on regulations. Who wins? Definitely not the coal mining communities.