Getting back to basics in Vina Del Mar 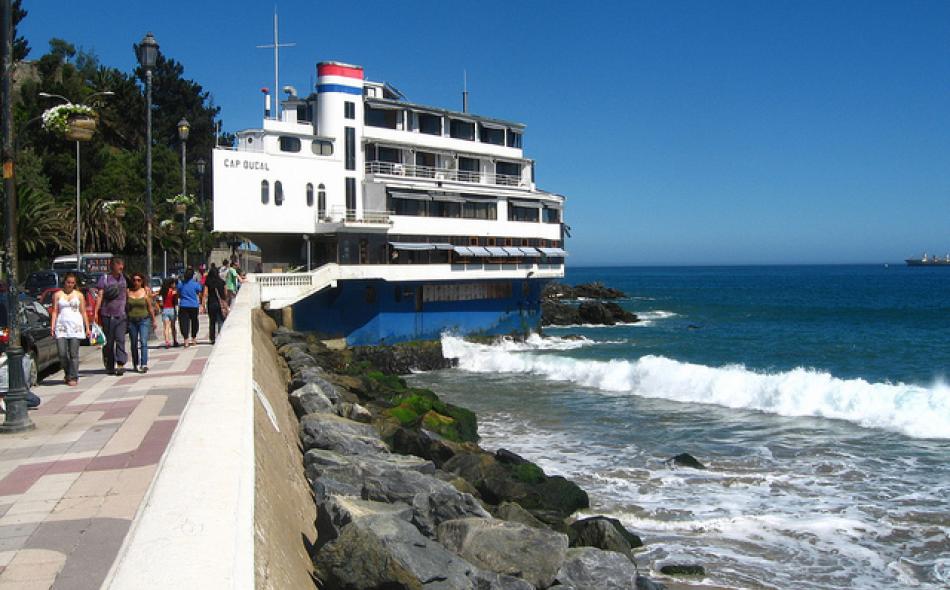 As representatives from the Pacific Rim gathered in Vina Del Mar, Chile, this week, the United States was on the sidelines. The death of the US-driven Trans-Pacific Partnership should be a wakeup call that we are paying attention to globalization and demanding a trade regime that works for all people, not just multi-national corporations. Over two hundred of our organizations in 15 countries sent a letter to the negotiators in Chile, telling them that a way forward on trade must reject the principles on which TPP was based. Countries should look to Fair Trade for guidance, and even further to their own domestic policies, for a sustainable way to build the global economy.

The stakes could not be higher. The backlash to corporate led globalization has been sharply felt around the world as Nationalist leaders from Donald Trump to Rodrigo Duterte in the Philippines, and Narendra Modi in India have risen to power, while others in the EU and around the world are gaining prominence. In this era of growing nationalism, it is time for government trade officials to get back to basics. Instead of first asking how trade agreements can increase trade volumes, lower non-tariff barriers, or harmonize regulations, they should start with the question, “Will a trade agreement improve the quality of life for the people in my country?”

Civil Society has been prolific about what Fair Trade should look like. Fair prices for farmers. Fair treatment of workers. Harmonizing regulations upwards to protect consumers and the environment in all countries. Fair access for all concerns to be heard in negotiations. But even if all the principles of Fair Trade were adhered to, a market based system is always going to create winners and losers. This is a fundamental principle of capitalist economic theory going back to Adam Smith. This is generally accepted because of the assumption that the overall benefit that comes in the form of economic growth and products that should  more efficiently meet consumer demands. But the flip side of the idea that international trade enhances efficiency by increasing overall economic activity, is the fact that it often accelerates the creation of the gap between the winners and the losers.

Smith was explicit in the acknowledgement that markets create inequality. He conceded that society needed to cover “whatever the custom of the country renders it indecent for creditable people, even of the lowest order, to be without.” That means taking the profits the winners earn from being the most efficient actor in the market place, and redistributing a portion of it to those in need. Indeed, even the cabal of businessmen who conspired to kick farmers off their land and into “more productive industries,” as exposed in one of IATP’s precursor reports, advocated for a form of Universal Basic Income as a safety net for the farmers and workers they were seeking to displace.

Society is much more than economic interactions. We care for one another, using the market as a tool to deliver benefits to all people. The inconvenient truth, however, is that the benefits from trade have not nearly been enough to compensate for concentrated loss through globalization, nor the pace at which new losers from trade are being created. In the US, advocates of Fair Trade have been saying that the Trade Adjustment Assistance program is more like a kind of burial insurance than any kind of real transitional assistance. Retrained workers end up making sometimes only a third of what they made before, if they find work at all. That means greater reliance on social programs, which are being eroded right before our eyes. The GOP bill to replace the Affordable Care Act would result in the loss of health insurance for an estimated 24 million people, and President Trump’s draconian new budget proposal is a far, far cry from caring about those in need.

Winners and losers, of course, aren’t static labels. Many successful entrepreneurs were dependent on the safety net after losing out in previous career bids. At the circus, the safety net is what allows the trapeze artists to take incredible risks and achieve amazing feats. It is an apt metaphor.

To bring it back to the talks in Chile, it appears that countries are eager to at least act like they are moving forward, despite the US’s lack of involvement. The same broad-based civil society movements that opposed TPP are demanding that their governments shake up their thinking and approach trade agreements from an entirely different perspective. None of those groups have ever opposed trade per se, but they have vigorously opposed the rules included in the current set of “free” trade agreements.

As negotiators eye the APEC Summit in May for the next round of talks, we caution simply this: Do not fall into the trap of previous agreements. Put the well-being of all your people above the well-being of a few multinational corporations. If you do expand trade, make sure your domestic policies are adequate to deal with the consequences. Use trade as a tool to improve the quality of life in your country. Your success will hinge on your country’s ability to make trade work for everyone. Your people are paying attention.