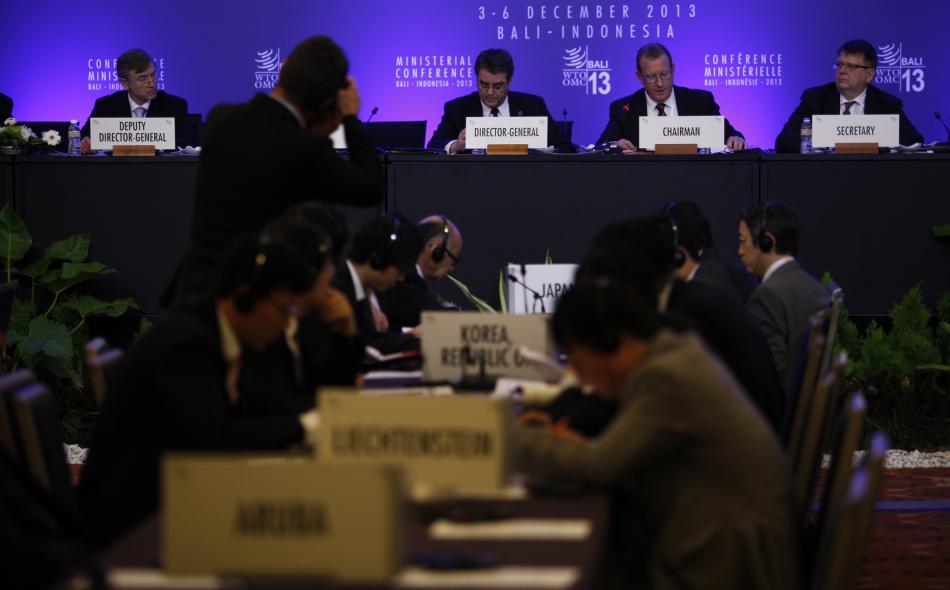 A decision to ban 63 civil society experts from attending the upcoming World Trade Organization (WTO) ministerial in Argentina threatens to further weaken the global institution. The controversy doesn’t bode well for the WTO, which has come under fire since its inception for its lack of transparency and accountability.

Just ten days before the Ministerial meeting on December 10, the WTO Secretariat informed affected civil society representatives that the Argentine government had demanded the WTO revoke their accreditation to attend the conference. In the view of the WTO Secretariat, the Argentine government demand would likely extend to denying any foreign civil society representative affected access to the country (some of the organizations denied are based in Argentina). The organizations affected are from many countries including the European Union, Brazil, Chile, Indonesia, the Philippines and the U.S., as well as several journalists from sub-Saharan Africa. Argentina claims the experts listed for dis-accreditation are a security risk – but has offered no further explanation. Nor has the government made any direct contact with those affected. The actions by the Argentine government on the eve of the WTO Ministerial raise questions about the fitness of the country to host the upcoming G20 meeting in 2018.

It is unprecedented for a host country to override the WTO accreditation process. The WTO staff have reportedly expressed their concerns to the Argentine government, and several media articles have exposed the action. To date, one organization (from Brazil) has had their accreditation reinstated. Civil society groups are calling for the WTO to move the ministerial, charging that Argentina has violated its agreement as a host country.

The WTO’s engagement with civil society organizations evolved over the years. In 1999, at the Seattle Ministerial, WTO decision-making was heavily criticized for shutting out civil society organizations and developing countries. The following year, IATP established its Geneva Office (the Trade Information Project) to monitor the WTO, working alongside partners from the global South and North to make information on the opaque and secretive negotiating texts available to the public and demanding mechanisms for transparency and participation by civil society. In the 11 years that our organization was based in Geneva, the WTO went from keeping most documents secret to making most of them public. Decision-making by a handful of developed countries in off-the-record meetings were so resented at the Seattle ministerial that new North-South and, especially, South-South coalitions emerged. The emergence of Brazil, India and China into more central roles after the Doha Round was launched in 2001 continued a shift in the balance of power at the WTO. Informal meetings in small groups of countries continued, but the largest developing countries now joined that mix. No formal role for civil society was created, but an arrangement emerged that made it easier for NGOs to interact with government officials, largely at the behest of the governments, who came to appreciate the role NGOs played.

Since 2008, the negotiations on new agreements have been stymied by deep divisions among countries – with agriculture and food security often at center stage. By 2010, the U.S. appeared largely uninterested in concluding the Doha Round, and with the Trump Administration, that disinterest has become more marked.

The decision by the Argentine government to ban civil society representatives, and the WTO’s collective inability to respond effectively, comes at a time of growing skepticism about corporate-led globalization around the world, and especially deepening economic inequality. The WTO agenda continues to push for further trade liberalization, somehow immune to this mounting critique and the skepticism of many developing country governments that the proposed rules will serve their needs.

IATP’s senior trade advisor Sophia Murphy will be allowed entry into Argentina and will report from Buenos Aires next week with more on the specifics of the negotiations as they relate to agriculture and food security. With less than a week to go, the WTO is mired in one more controversy that it can ill-afford. Important progress in process realized over the last two decades has been thrown back into question by Argentina’s inexplicable and reprehensible unilateral action. If the WTO membership stands quietly by, they will be complicit in further delegitimizing multilateral trade at a sensitive time for the rules-based system.