Where from here? Minnesota’s leading role in green chemistry 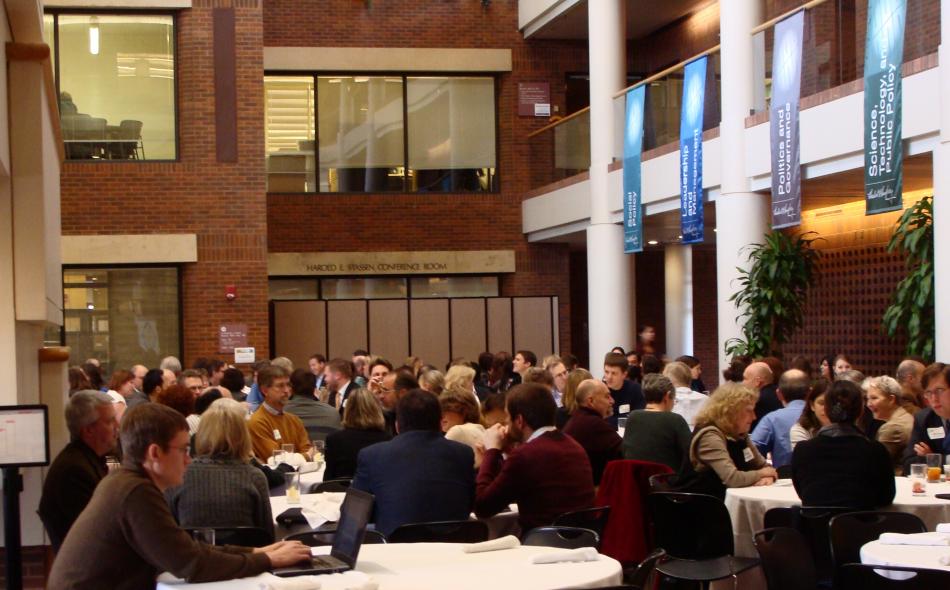 In its purest form, green chemistry is nothing short of fine art: creating chemicals for use in products and processes that are just as effective as their traditional—and often toxic or resource intensive—counterparts, but safer, cost neutral, environmentally benign and a source of economic boon for everyone involved. Sounds like common sense, and indeed, this was the sentiment of many at yesterday’s Minnesota Green Chemistry Conference, co-hosted by IATP and the Center for Science, Technology and Public Policy at the University of Minnesota.

The day opened with Senator Al Franken delivering a video welcome from Washington, D.C., in which he declared Minnesota a natural leader in green chemistry due to its strong university system—in fact, the University of Minnesota is one of few with a dedicated green chemistry course—and long history of environmental stewardship. He warned, however, that to remain a leader, Minnesota will need to make further investments to expand educational programs to train the next generation of green chemists as well as mid-career training for professionals already in the field.

“We must reinforce argument with results.” –Booker T. Washington

Minnesota’s Secretary of State Mark Ritchie used the aforementioned quote to both contextualize the state of green chemistry and to introduce the keynote of the day, Dr. Patrick Gruber, Gevo CEO and former University of Minnesota graduate.

Gevo is working to develop “biobased alternatives to petroleum-based products using a combination of synthetic biology and chemistry,” specifically isobutanol, with uses as broad as “jet fuel and feedstocks for the production of synthetic rubber, plastics and polyesters” beyond the usual use as an additive to gasoline.

Dr. Gruber showed, beyond exciting plans for the future, a deep understanding of the complexity of the issues at hand. Touching on topics as diverse as the unequal distribution of arable land—and malnutrition—around the world as related to land use for biostocks, and the naturally frightening lack of health and environmental information we have about the countless chemicals—often petrochemicals—in our food, medicine and industry.

Going further, Gruber argued that the rising costs of oil coupled with rising global demand, means that even beyond the health of people and environment—something that should be persuasive enough on its own—the time is now to move away from petrochemicals on an economic basis as well. He then asked the attendees to imagine the possibilities of taking the $400 billion the U.S. pays out annually for oil and used it domestically to advance and develop alternatives.

In the end, he said, it’s all about “cleaner, greener, cheaper.” So where does that leave companies?

The conference panels, “Product Improvement through Green Chemistry,” “Green Product Value Chain” and “Minnesota Grown to Minnesota Made—the Promise of Bio-Industrial Processing,” spanned both the production and retail sides of the equation, with professionals sharing their experience with incorporating green chemistry. Lynne Olson, senior program leader at Ecolab, said advocates of green chemistry may feel like the Lorax in the current infrastructure, but that in her eyes, “green chemistry will be viewed as common sense,” in the future. Linda Meschke of  Rural Advantage highlighted the Madelia Model project, which is using a variety of sustainably grown crops to fuel a bio-based industrial park in south central Minnesota.  Roger McFadden, vice president and senior scientist at Staples, Inc., called green chemistry a team sport: “No company is large enough, no government agency is powerful enough,” to make it happen alone, he said.

Indeed, cooperation was a recurring theme throughout the afternoon. Beyond environmental sustainability, solutions must be economically viable as well, and therein lies the rub, but Dr. Patrick Gruber wasn’t intimidated. Of the replacement of petrochemicals with biobased, sustainable alternatives he remarked “It’s not magic. It’s not 10 years from now. It’s happening.”