Back on track: Why BCAP is worth saving 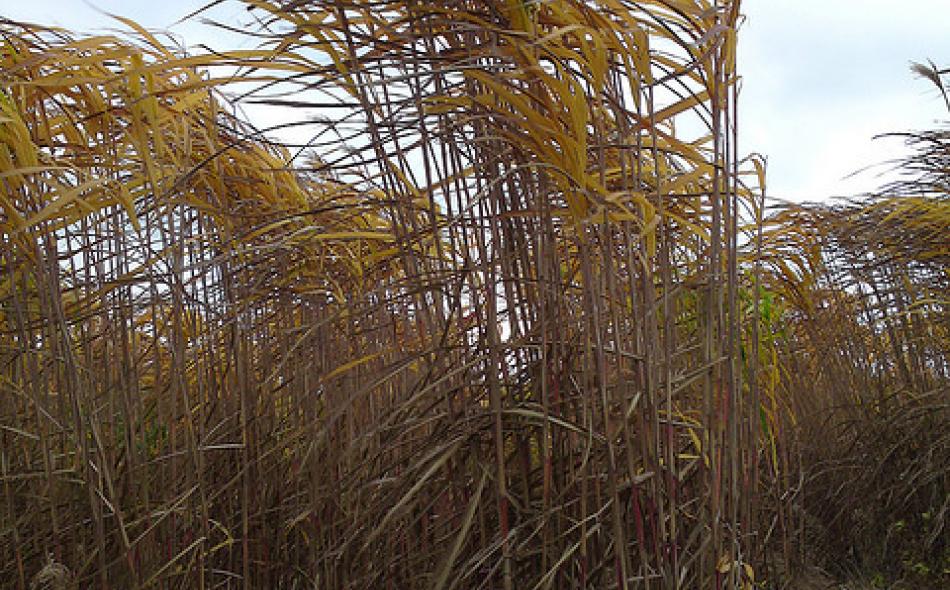 Miscanthus, a new focus of BCAP, is a high-yielding, but non-native grass that unlike many other perennials, cannot be grown from seed and therefore has higher establishment costs.

Since the Biomass Crop Assistance Program (BCAP) was rolled out in 2009, there has been an awful lot that’s gone wrong. But in the last few months, a lot has gone right: conservation plans under the Natural Resource Conservation Service (NRCS) are now required, and new funding will now be only awarded to support crop establishment. Now, BCAP funding is on the budget chopping block. But USDA’s positive steps to get this program back on track and in-line with its initial goals demonstrate that it is a program worth fighting for.

The first BCAP project area approved, nearly three years after the bill was enacted, was Show Me Energy Cooperative, a Missouri farmers’ company which produces pellets from a variety of plants and wastes for energy purposes. They were awarded $15 million for farmers in 39 counties in Missouri and Kansas to plant and care for fields of mixed native prairie plants including switchgrass. This is the type of project many envisioned when BCAP was created, as native perennials are well adapted, productive, and bring benefits to water quality, water conservation, soil quality and wildlife.

The next four projects approved focus on miscanthus, a high-yielding, but non-native grass that unlike many other perennials, cannot be grown from seed and therefore has higher establishment costs. Allotera and MFA Oil Biomass teamed up with pelletizing facilities in Arkansas, Missouri, Ohio and Pennsylvania. An environmental assessment of the potential for miscanthus to become invasive was prepared by USDA's Farm Service Agency, but USDA's Natural Resources Conservation Service (NRCS) has not yet released guidelines for how invasiveness will be monitored and dealt with.

While supporters of the program are excited to finally see crop establishment programs being announced, the USDA’s decision to roll out projects without doing a full competitive ranking of pending proposals risks missing the best and most sustainable projects before funding runs out. USDA now has a make-or-break opportunity to demonstrate not only the real need and value of BCAP, but also that they can deliver by selecting projects that provide both biomass and environmental benefits.

Unfortunately, the long-awaited project selection is now being carried out with drastically reduced resources. In what was widely interpreted as a warning, Congress cut BCAP’s funding for 2011 by $134 million, and barely dodged an amendment to outright kill the program. USDA apparently took the message to heart, and decided to quickly spend most of the remaining $112 million on crop establishment projects. The situation doesn’t look much better for 2012. The House of Representatives eliminated all BCAP funds for the next fiscal year. The Senate has yet to begin 2012 funding votes, but it is thought that it will be more supportive of BCAP.

Off on the wrong foot

The USDA Farm Service Agency blundered early on when they hastily kicked off an ill-advised matching payment element for existing biomass delivered to energy facilities. The payments were not targeted to new crops at all, but instead disrupted well-established markets for forestry residues, distorting prices and supplies. Some $243 million flew out the door without necessarily creating any new energy or new biomass supplies. Critics complained loudly, but USDA administrators stubbornly refused to rein in the program.

After a flurry of criticism that billions might be spent for little public purpose, the USDA wisely suspended the biomass collection and handling payments after eight months, belatedly developed a rule explaining how BCAP was to be administered and published an environmental impact statement. The final rule limited future matching payments to cover only biomass that does not have well-established markets, and residues directly removed from forest and cropland acres, not factory biomass waste.

Fortunately, USDA stopped approving energy facilities for BCAP payments this spring, choosing to focus instead on crop establishment. Todd Atkinson, current leader of the BCAP program, said that they do not intend to add any other facilities to the matching payments list until they see what funds remain after cropping proposals are selected and funded.

The Office of the Inspector General recently gave a scathing review of past BCAP management to Congress, regarding implementation of the matching payments for collection and handling, saying that “it suffered from hasty implementation that did not include management controls adequate to prevent abuses particular to the program.” Noted in particular were the lack of guidance, improper payments and inequitable treatment of participants.

On a razor’s edge

The Institute for Agriculture and Trade Policy was an early champion of BCAP. In its conception, it offered a partial solution to the biomass chicken and egg problem, i.e., farmers hesitant to grow new crops without an established market, and energy producers unwilling to invest in technology to process biomass without a reliable supply. Although we were greatly dismayed by the direction of the program’s initial roll-out, we continue to feel that BCAP offers tremendous potential for farmers, the land and renewable energy.

To get it right, the USDA must remain true to the program’s original intent. A recently announced USDA agreement with the Natural Resources Conservation Service to develop conservation plans for all BCAP participants is a promising development. Now, the onus is on the USDA to select great projects that demonstrate BCAP’s potential, and help generate the widespread support that will be necessary to save this important program from the budget ax.