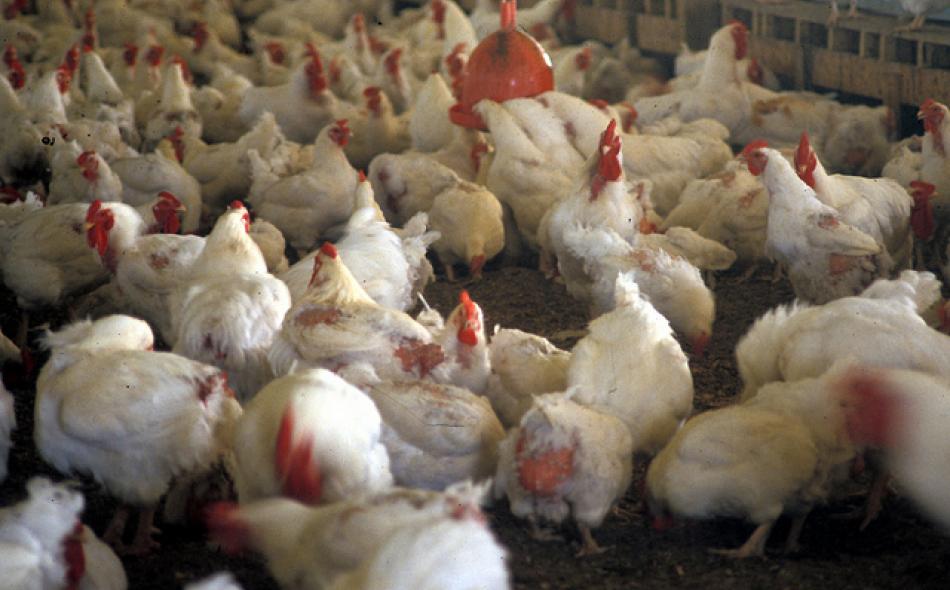 In the U.S where food safety regulations and enforcement have been lagging, antibiotics are commonly added to animal feeds particularly for growth promotion and disease prevention

Minneapolis, February 22, 2011 — Many argue that globalized trade creates a “race to the bottom,” where the country with the weakest regulations or lowest wages ultimately sets the standards in the global marketplace. Something different may now be happening around food safety: Global forces are putting pressure on U.S. regulators to catch up with the rest of the world.

For many years, weak U.S. regulations on antibiotic use in meat and poultry production have blocked or limited U.S. exports. Weakness in U.S. regulations vis-à-vis its major trading partners lie in three major areas: 1) routine use of antibiotics allowed in animal feed for animals that aren’t clinically sick, to keep them in overcrowded, unsanitary conditions; 2) residues of those same drugs in meat; 3) use of certain antimicrobial washes during meat packing and processing.

Recently, all three have been used as grounds for trade partners to restrict imports of U.S. meat and poultry:

A Congressional Research Service report released in December concluded that “country restrictions on the use of these drugs could become an issue in the future and affect U.S. export markets for livestock and poultry products.”

While other countries restrict such use, the routine addition of antibiotics to animal feeds is commonplace in the United States, particularly for growth promotion and disease-prevention.

Last month, the U.S. Food and Drug Administration (FDA) released data confirming what watchdogs like the Union of Concerned Scientists had long claimed: More than 70 percent of all antibiotics in the U.S. are being used in the raising of food-producing animals—nearly all for animals that aren’t clinically sick, such as for growth promotion or to compensate for the increased risks of infections among animals that are closely confined.

For more than a decade, U.S. public health experts have been shouting from the mountaintops about the dangers of using antibiotics unnecessarily in swine and poultry production (primarily in confined animal feeding operations). The science is now overwhelming that excessive use contributes to the growing and very costly problem of antibiotic-resistant bacterial infections in humans. Nearly every major medical association—from the American Medical Association to the Infectious Diseases Society of America—has asked Congress to ban the non-therapeutic use of antibiotics in raising these animals.

Concerns from other countries about the creation and possible export of antibiotic-resistant bacteria in U.S. meat production are real. In 2005, the Danish Food and Veterinary Institute found that “nine out of ten Danes infected with multi-resistant bacteria got it from foreign meat.”

It’s not just in antibiotics where U.S. food safety regulations and enforcement have been lagging. A U.S. Department of Agriculture Inspector General report found last April that federal agencies have failed to set limits on many potentially harmful chemical residues in beef, and are not doing enough to guard against the contamination of meat by traces of antibiotics, pesticides or heavy metals. Cited in the report was an instance where Mexico blocked a U.S. beef shipment because it contained too much copper. The beef was later sold—in the U.S.

At some point, the economic costs of lost exports may override even the purported—and very suspect—economic benefits from the routine use of antibiotics in animal feeds. (As a physician, I must note that the enormous increased costs of treating bacteria-caused infections—resistant to all but the most expensive antibiotics—dwarves the economics of antibiotic use for the meat trade.)

Will Congress ever help our meat producers “race to the top” in foregoing the routine use of antibiotics, not only to protect public health but also to try and grab this new global market? For their sake, and ours, I hope so.

*This commentary originally appeared in the February 16, 2011 issue of the Des Moines Register.