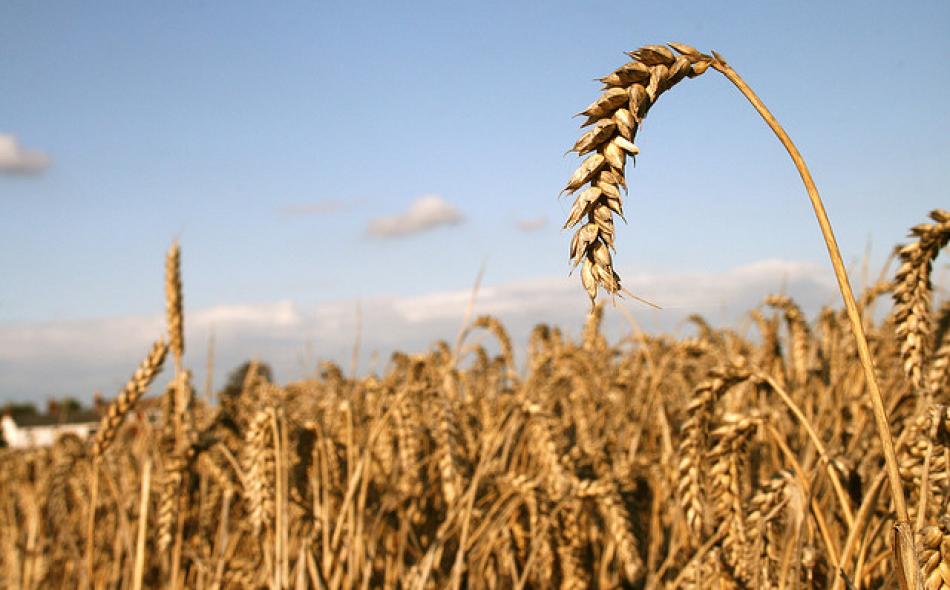 Minneapolis, March 8, 2011* — The Food and Agriculture Organization (FAO) recently declared a “food emergency” was in effect in China due to a once-in-a-century drought affecting one-third of its wheat fields. Less than a half inch of rain has fallen since last September in Shandong Province, one of the country’s main grain-growing areas. China is the world’s largest wheat producer, with an annual harvest of around 115 million tons, equivalent to the total amount of wheat in all international trade. So while its current imports are negligible, news of the drought brought dire warnings that if China turns to global markets to make up for a poor harvest, they could outbid developing countries and sharply drive up prices.

The problem with these warnings is the “if.” China is in fact not a big player on global grain markets, even in years when harvests fall short, because of its policy of maintaining a large emergency grain reserve. Food security is national security in China, so the exact size of the wheat stockpile is regarded as a state secret, but the FAO estimates it at about 55 million tons. Others claim that privately held reserves could add 30 million tons to that figure. So the equivalent of between one-half and two-thirds of the county’s annual harvest (in a normal year) is available for use in precisely this kind of emergency. This policy tool has helped largely insulate China’s domestic grain markets from the ups and downs of world markets, to the benefit of both China and the rest of the world. Although we can’t predict that China won’t disrupt the global grain supply through imports, we know that unlike countries without reserves, they have the wherewithal to meet their domestic needs themselves.

The idea of storing surplus grain in good times to guard against famine dates back at least as far as the Old Testament, when Joseph gave just such advice to the Pharaoh. Its history in China is almost as long, and ancient records describe how the emperor’s “Ever Normal Granary” not only prevented famine, but also allowed the state to stabilize prices for the benefit of both farmers and consumers. (New Deal farm programs inspired by China’s imperial reserve system pulled us out of the Dust Bowl and fostered the most stable and prosperous period in U.S. agricultural history.)

Although China maintains vast reserves of grain, and other foods like pork and edible oils, the United States and most other countries have abandoned this wise approach. Thirty years of neoliberal market fundamentalism has treated agriculture and food like other consumer products—as opposed to a necessity of life. Private big grain traders never liked reserves, and their greed was rationalized by “efficient markets hypothesis,” which claimed that reserves were inefficient and distorted markets. U.S. farm bills have abandoned reserves and other tools to manage supply. International financial institutions often pressure countries around the world to sell off their reserves and reduce support for their own farmers. This free-market system left food-importing countries without a lifeline when global prices spiked in 2007. In the following year the ranks of the world’s hungry swelled by another 100 million.

Fortunately, the idea of grain reserves is gaining traction again. It will be among the topics of discussion at the G-20 summit in France in May as a response to rising global hunger. West African countries are considering the establishment of regional reserves, Asian countries are starting a rice reserve, and the BRIC countries (Brazil, Russia, India and China) are exploring options for a collective reserve. Thus far, the United States has resisted these proposals despite the lessons of the last food crisis.

But that could change. Earlier this month, the U.S. Department of Agriculture reported the lowest stocks for corn in the last 15 years, putting us one severe weather event away from a major corn shortage. And major agricultural exporting countries like Russia, Argentina and Australia have all experienced major weather events that have limited crop production and further tightened global grain supplies.

Certainly, China’s food system is far from perfect, and Chinese demand sometimes does impact global prices. For example, although it strictly adheres to self-sufficiency policies for grain, China relies on foreign supplies to meet an increasing proportion of its demand for soybeans. In just a few years, it has become the biggest importer of that commodity, driving prices upward and spurring a rapid increase in soy acreage in Latin America.

But overall, for a country that must feed 22 percent of the world’s people on 9 percent of its arable land, China has clearly figured something out that others haven’t.

It has become abundantly evident over the last three years that our global food system has become much more vulnerable to disruptions. In this new era, China’s approach to “food security as national security” may offer some important lessons for the rest of the world.