Scarcity of micronutrients in soil, feed, food and mineral reserves 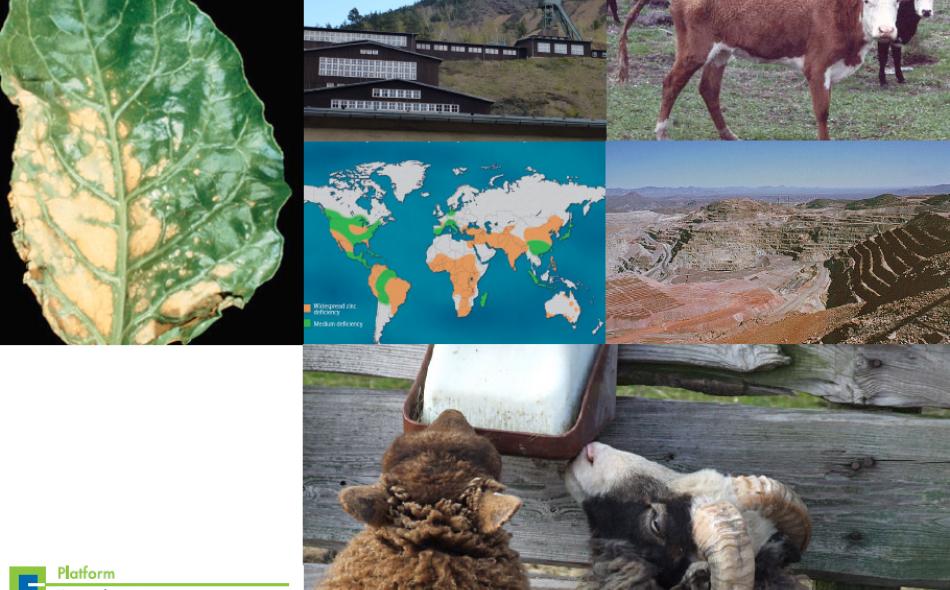 Large parts of the world's agricultural soils are deficient in minerals such as zinc. This limits food and feed production and leads to nutrient deficiency diseases in humans and livestock. In the coming decades, such minerals will probably become much more expensive or even scarce world-wide. This risk should be prioritised in European policies on agriculture, raw materials, development cooperation and innovation.

This is the conclusion of a report and advisory memorandum for the Dutch government prepared by the Dutch Platform for Agriculture, Innovation and Society. Zinc deficiencies occur on a large scale in agricultural soils in Asia, sub-Saharan Africa and the north-western region of South America. Every year, an estimated 800,000 people die from zinc deficiency diseases, primarily in developing companies – roughly equivalent to the global mortality from malaria.

Another mineral that is deficient in soils, feed and food in many regions, including large areas in India and China, is selenium. This is not essential for crops but it is for humans and livestock. Approximately 30% of the lactating women in the affected regions may be unable to provide their breast-feeding babies with sufficient selenium. Nevertheless, deficiencies of these minerals – known as micronutrients or trace elements – are almost absent from public and private policy agendas.

Deficiencies in agricultural soils can be supplemented with mined minerals, but limited availability could become a problem here as well. According to figures from the United States Geological Survey, at current levels of use the known zinc reserves will be depleted in only 21 years. As for selenium, the annual production is completely inadequate to alleviate the deficiencies in agricultural soils.

However, this is not the core of the problem. New reserves will no doubt be discovered, but the quality of the mineral ores will continue to decline, with lower mineral contents and higher contents of toxic substances. Consequently, extraction will require increasing amounts of energy, water and capital. As a result, the prices of zinc and selenium will rise sharply and begin to fluctuate more severely. On the markets for raw materials, agriculture will be unable to compete with manufacturing industry, which has much more purchasing power. This poses a risk to global food security and quality, starting in developing countries. In addition, there is a geopolitical risk that countries rich in these minerals restrict their exports. The EU is highly vulnerable to such risks since it possesses at most only 4% of the global reserves of key micronutrient minerals.

According to the Dutch platform, there are two major gaps in EU policy. The Common Agricultural Policy - as well as recent reform proposals - ignores the risk of mineral scarcity. Conversely, the European Raw Materials Initiative poorly addresses demand from agriculture. For the EU it is strategically crucial to reduce its reliance on imports of mineral micronutrients. This would be pursued primarily by reducing demand through more efficient use, recycling and substitution. While substitution is not possible in agriculture, it is in industry. Consequently, industrial innovations are urgently needed, such as alternatives for zinc in the galvanisation of steel and application in rubber tires, and for selenium in the production of glass and thin-layer solar cells. Such innovations are key for long-term global food security and quality.

The Platform has advised the Dutch government to give urgent priority to these risks on national, European and international agendas, specifically in four policy areas: raw materials, agriculture, development cooperation and innovation. At the global level a survey is needed, especially in developing countries, of the availability of micronutrients in soils, to be coordinated by the FAO. In addition, Europe should develop programmes similar to the Canadian public-private Micronutrient Initiative, which aims at supplying zinc to children in developing countries. However, such programmes should also target soils and livestock.

The Dutch Platform for Agriculture, Innovation and Society is an independently positioned advisory body of the Ministry of Economic Affairs, Agriculture and Innovation. The mission of the Platform is to identify societal issues in the areas of agriculture, fisheries, natural habitats and food quality, and to link these issues with science and technology. See also www.platformlis.nl