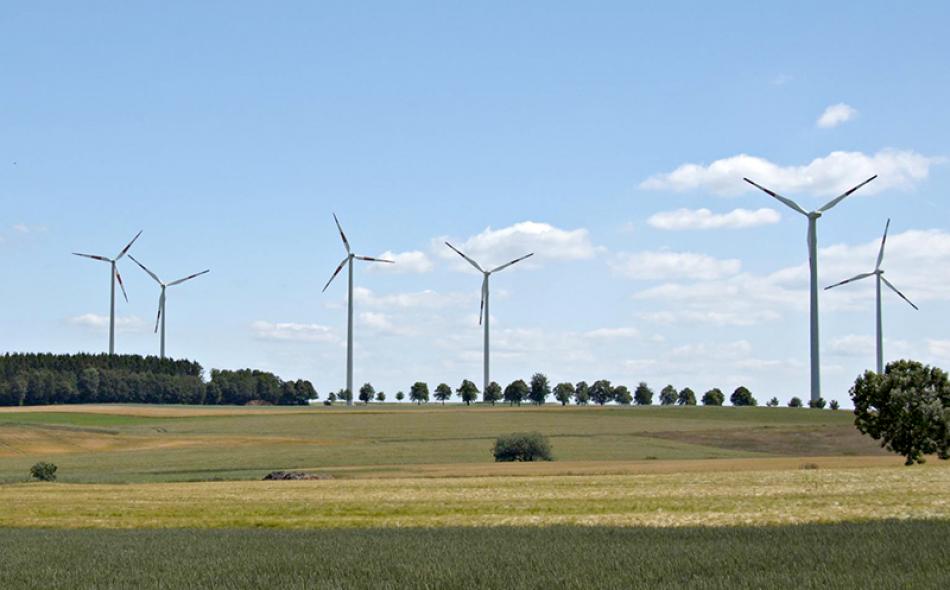 The Clean Power Plan is the most significant policy shaping the future of the United States’ energy sector. As such, it will affect rural communities that have long produced much of the nation’s energy supply. Although rural counties house only 15 percent of U.S. residents, they account for 72 percent of the nation’s land area.1 Rural communities will also create much of the nation’s clean energy future through forests, farms and rangelands that can capture carbon when managed appropriately; land and resources for wind, solar and other renewable installations; and most importantly, people and ingenuity to implement the transition to a low carbon economy.

Despite this, rural communities are frequently overlooked in conversations about climate change. Too often, we see a failed political approach that emphasizes urban and suburban perspectives at the expense of rural residents, who, on average, earn less, are more food insecure and have higher energy costs than their urban counterparts.2,3 Rural support is understandably low for policies and initiatives that don’t improve the rural quality of life or that increase economic inequities and costs for rural residents.

The Clean Power Plan can be different. Aiming to reduce the electricity sector carbon emissions to 32 percent below 2005 levels by 2030, the Clean Power Plan assigns each state a unique emissions reduction goal based on past emissions and their capacity for future reductions. Each state has until 2018 to create a State Implementation Plan (SIP) detailing how it will meet its goal. The flexibility of the Clean Power Plan creates an opportunity for states to set up clean energy economies that emphasize local ownership and economic development. For this opportunity to be realized, each state’s SIP must integrate rural proposals.

Addressing climate change must be done in a way that considers rural realities and decreases the standing inequities between rural and urban communities.

The Clean Power Plan is estimated to create a net gain of 96,000 stable, long-term jobs in 2020.6 Still, some communities will experience more job losses than others. This is especially true for towns with a coal-fired power plant or coal mine. This reality is a call to provide job retraining and financial support for the communities most affected by the transition.

The Clean Power Plan itself does not contain assistance for displaced workers, but support outside the Clean Power Plan exists. The POWER+ Plan includes a $90 million pilot project for economic development on reclaimed mines. The President’s 2016 budget also provides $50 million to the Appalachian Regional Commission and $15 million to the Economic Development Administration for economic development and workforce retraining in coal communities. Keeping Energy Affordable

If states include energy efficiency as a substantial portion of their SIPs, the EPA estimates that household electricity bills will decrease by an average of $8 per month by 2030 under the Clean Power Plan.7 Even if prices per kilowatt hour rise slightly at first, decreased demand from energy efficiency improvements results in net savings for the consumer. When paired with the swiftly falling costs of renewable energy,8 household energy bills are likely to remain stable or even decrease over time.

More assistance for displaced workers and impacted communities is greatly needed, and cities and states should establish their own assistance programs. Such programs can happen in the private and non-profit sectors as well; one example is the work of the Coalfield Development Corporation in West Virginia.

Rural residents are hit harder by fluctuations in energy prices. According to the USDA, rural areas have lower housing quality with lower energy efficiency on average. Mobile homes, which are poorly insulated and notoriously energy inefficient, represent over 15 percent of rural housing.9 On top of this, mobile home owners often cannot access energy efficiency programs due to restrictions on land-leased communities, limited funding and the difficulty of weatherizing mobile homes. Rural households also have lower average incomes and spend larger percentages of their incomes on energy.

To address these inequities, states can participate in the Clean Energy Incentive Program (CEIP), an optional matching fund in the Clean Power Plan that grants credit for early action on renewables installations and energy efficiency projects. The CEIP prioritizes projects in “low income communities,” which is not yet defined, but the EPA will likely create a definition to ensure consistency among states. Not every rural community will qualify as low income, but those that do, and especially those directly impacted by coal-fired power plant closings or capacity reductions, should be considered for energy efficiency projects. CEIP projects in rural communities would lower energy demand and costs through energy efficiency improvements.

The Clean Power Plan is an opportunity to move away from current energy systems that damage the rural natural resource base. Coal plants, in addition to being the largest source of carbon dioxide emissions in the country, are also leading sources of sulfur dioxide, which causes acid rain; nitrogen oxide, another greenhouse gas (GHG) that causes ozone and smog; particulate matter, which causes respiratory illness; and mercury, which is a toxic heavy metal.

The Clean Power Plan may lead states to replace some coal with natural gas, which has lower carbon dioxide emissions. Fracking has led to an abundance of natural gas and the technology has gotten cheaper in recent years. Though natural gas is cheap and burns cleaner than coal, fracking has a long list of negative impacts for rural communities including water contamination, earthquakes, outside investors buying up land and methane pollution.10,11

Both coal and natural gas are extractive industries, often controlled by outside investors, which drive a boom-and-bust cycle that leaves rural communities with little once the extraction is complete. Though fossil fuel extraction creates enormous wealth, most of that wealth leaves the region where the extraction occurs.12 The Clean Power Plan can help establish a cleaner renewable energy system that could protect natural resources and avoid the boom-and-bust cycle that has historically hurt rural communities.

Many rural groups and leaders across the country are taking on climate challenges and creating effective, localized solutions. These climate solutions focus on creating long-term and well-paying jobs, stable and affordable energy prices and natural resource stewardship.

There is still time to shape SIPs to represent rural perspectives. Rural residents should reach out to their state agencies and advocate for the following priorities:

The Clean Power Plan takes a step towards slowing climate change. But the promises of the Clean Power Plan—cleaner air, more jobs and stable and affordable energy—cannot be reached without meaningfully including rural communities.

Rural residents can and should reach out to their state agencies to advocate for an equitable energy future that benefits everyone.