Nanotechnology’s unchecked march into our food 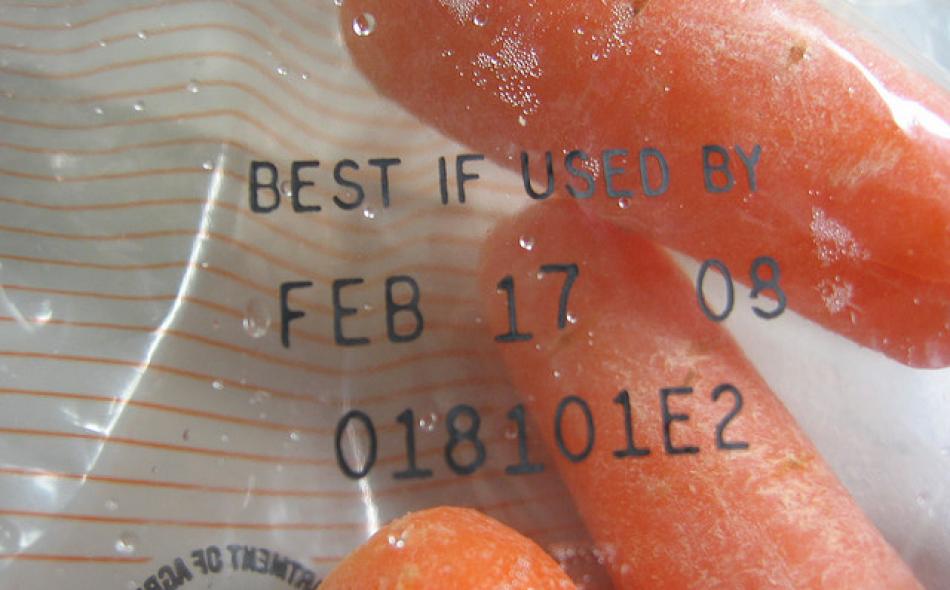 Nano-silver, among myriad other uses, is incorporated into food packaging materials to kill pathogenic bacteria and thereby extend a food’s shelf life. However, nano-silver particles may migrate from the packaging material into the food they surround.

It seems like the stuff of science fiction: the ability to manipulate matter atom by individual atom into new structures, some imitating those found in nature, others completely novel. The miniscule substances resulting from this process are known as Engineered Nano-scale Materials, or ENMs: “engineered” so as to distinguish them from naturally occurring nanomaterials, such as smoke, and “nano” to refer to the almost unbelievably small scale at which these materials operate.

Just how small is an ENM? Though there is no official size definition, the U.S. National Nanotechnology Initiative, as well as most of the nanotechnology industry, prefers the scale of approximately 1 – 100 nanometers. With a nanometer equaling one-billionth of a meter, it’s nearly impossible for us to imagine the infinitesimal dimensions of ENMs, but let us make the attempt:

ENMs also carry distinctive properties that occur only on the nanoscale. Take gold, for example: our eyes can comfortably recognize its shiny, warm yellow color. Engineered down to individual atoms at the nanoscale, however, gold appears to be red or purple. Many properties change radically at the nanoscale, among them melting point, electrical conductivity, and how a material reacts chemically to other substances. ENMs also have an exponentially greater surface area to mass ratio than a comparable amount of its macro-scale counterpart: think of a cube that is one centimeter on all six sides, versus the same sized space filled with a billion trillion one-nanometer sized cubes. The many, many particle-sized cubes will come into much greater contact with the surrounding material than one single larger cube, meaning that ENMs carry much higher chemical reactivity than substances at our conventional scale. This also makes ENMs much more biologically available than their conventionally scaled counterparts, easily passing through cellular barriers due to their size and readily absorbed due to their surface area.2

The mere fact that a nanomaterial will exhibit radically different properties from its conventionally sized counterpart is not necessarily a problem. What is concerning is the already extensive application of ENMs in consumer products, combined with the shocking lack of knowledge of potential ENM effects on environmental, consumer and worker health. Nano forms of silver, carbon, titanium dioxide and silica are already in common use in many industrial and consumer products, including in many sunscreens, some food packaging, and as a coating on conveyor belts in food processing (see sidebar). As of March 2011, the nongovernmental Project on Emerging Nanotechnologies (PEN) had registered more than 1,300 products whose manufacturers claim to include ENMs, and estimates that the number could grow to 3,400 by 2020.3 Data on total production of ENMs is difficult to come by, but Duke University researchers estimate annual U.S. production of nano-silver for antimicrobial applications to be between 2.8 and 20 tons, and of nano-titanium dioxide between 7,800 and 38,000 tons. 4, 5

Widespread production and application of ENMs naturally raise questions about the safety of applying them to our skin, ingesting them or inhaling them. However, very few of these questions have been addressed in peer-reviewed research, much less by the public agencies meant to safeguard environmental and human health. What research has been conducted has found cause for alarm. In one such study, Chinese researchers discovered that nano-silver may interfere with the replication of DNA molecules and can reroute molecular networks that could create genetic mutations. Nano-silver, among myriad other uses, is incorporated into food packaging materials to kill pathogenic bacteria and thereby extend a food’s shelf life. However, nano-silver particles may migrate from the packaging material into the food they surround. This could be a problem both for consumers and for the food workers who regularly handle these goods. The Chinese researchers said that the long-term effects of DNA interference from nano-silver are unknown and should be a priority for environmental health and safety (EHS) research.6

No mandatory regulation addressing ENM-specific concerns is currently in operation. The rules that do exist have not kept pace with the technology and are wholly inadequate to ensure consumer, worker and environmental safety.

For example, the U.S. regulatory system currently does not require industry to distinguish between the use of a conventionally scaled material versus a nano-version of that material, despite the radically different properties the two may have. Companies may use ENMs as ingredients in skincare, food packaging, and coatings on produce without informing consumers, workers or the government.

The lack of an official definition of an ENM, which is not just a technical challenge, but rather a political one, has been an impediment to regulation. A working legal definition must be applicable by regulators, and therefore adaptable to the different statutory mandates of the U.S. regulatory system, such as the Environmental Protection Agency (EPA) and the Food and Drug Administration (FDA). A definition must also be flexible enough to encompass the fast developing science about ENMs and capture what we presently do know. For example, the Transatlantic Consumer Dialogue, of which IATP is a member, currently recommends an ENM definition with a range of one to at least a 300 nanometers. The higher recommended limit reflects scientific research in which larger ENMs of 240 nm can breach the human placenta barrier, a size clearly outside the unofficial definition of 100nm.7 A legal definition of an ENM would facilitate support of research into potential health effects of ENMs, but regulators currently need more research into the potential health effects of ENMs to best craft that definition.

Throughout the delay in regulation, industry has developed and introduced ENM products to market at breakneck speed. The conclusion that industry has its foot on the pedal in the hope that products will become ubiquitous and “accepted” before research reveals harms is difficult to avoid. Public agencies do not have the kind of official ENM product registry needed to regulate the hundreds of products already in the market, nor access to an inventory of products in development. According to assistant EPA administrator Steve Owens’ presentation to an international regulatory conference, “about 90 percent of the various nanoscale materials already being used commercially, or thought to be used, were never reported to the [EPA].”8

What can we do?

A variety of opportunities exist to better protect public health from potential risks of ENMs. For example, in July 2012, IATP submitted a comment and generated 276 letters from the public as part of an action campaign to tell the FDA to put consumer health first. Some of the most important recommendations that continue to need public support include that:

As ENM development moves forward, IATP will continue to monitor and broadcast opportunities for citizen involvement. Government budget cuts get the rap for slow research and regulatory response, but relative to the multi-billion dollar government and corporate investments in nanotechnologies, and the trillions of dollars in anticipated sales of products with ENMs, the necessary budgets to ensure environmental protections and health are nano-tiny. ENMs require public agencies that are able to take seriously the responsibility to safeguard public health, legislative decisions that prioritize resources towards the public good and an engaged citizenry that vocally supports both.

For more information, see Racing Ahead: U.S. Agri-Nanotechnology in the Absence of Regulation, by Steve Suppan, IATP, June 2011.

9. U.S. Food and Drug Administration, “Draft Guidance for Industry: Assessing the Effects of Significant Manufacturing Process Changes, Including Emerging Technologies, on the Safety and Regulatory Status of Food Ingredients and Food Contact Substances, Including Food Ingredients that are Color Additives,” http://www.fda.gov/Food/GuidanceComplianceRegulatoryInformation/GuidanceDocuments/FoodIngredientsandPackaging/ucm300661.htm?source=govdelivery (accessed September 7, 2012).