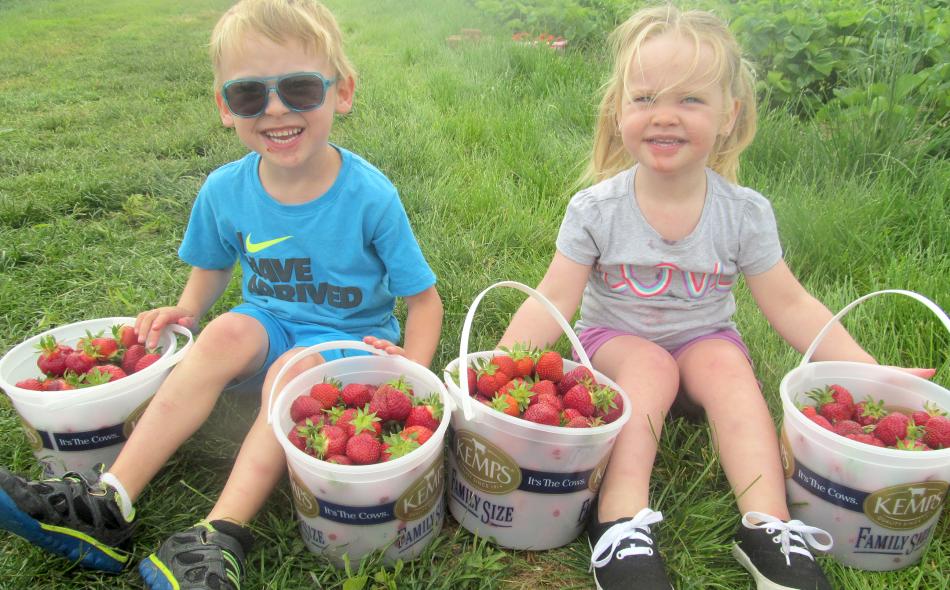 Minnesota’s strong network of public health advocates connected UCAP and the Institute for Agriculture and Trade Policy (IATP) in July 2017, when a colleague from the MN Farm to Early Care Coalition recommended UCAP as a partner for IATP’s Farm to Head Start initiative. Michelle Randt, UCAP’s Health and Safety Manager, was excited to lead the effort.

“One of our program goals is to decrease obesity in our children,” Randt said of her motivations for starting the initiative. “Also, part of our program performance standards from the Office of Head Start is to provide nutrition education to children and families.” For UCAP, Farm to Head Start was a natural framework that assisted them in meeting Child and Adult Care Food Program (CACFP) and federal Head Start requirements. 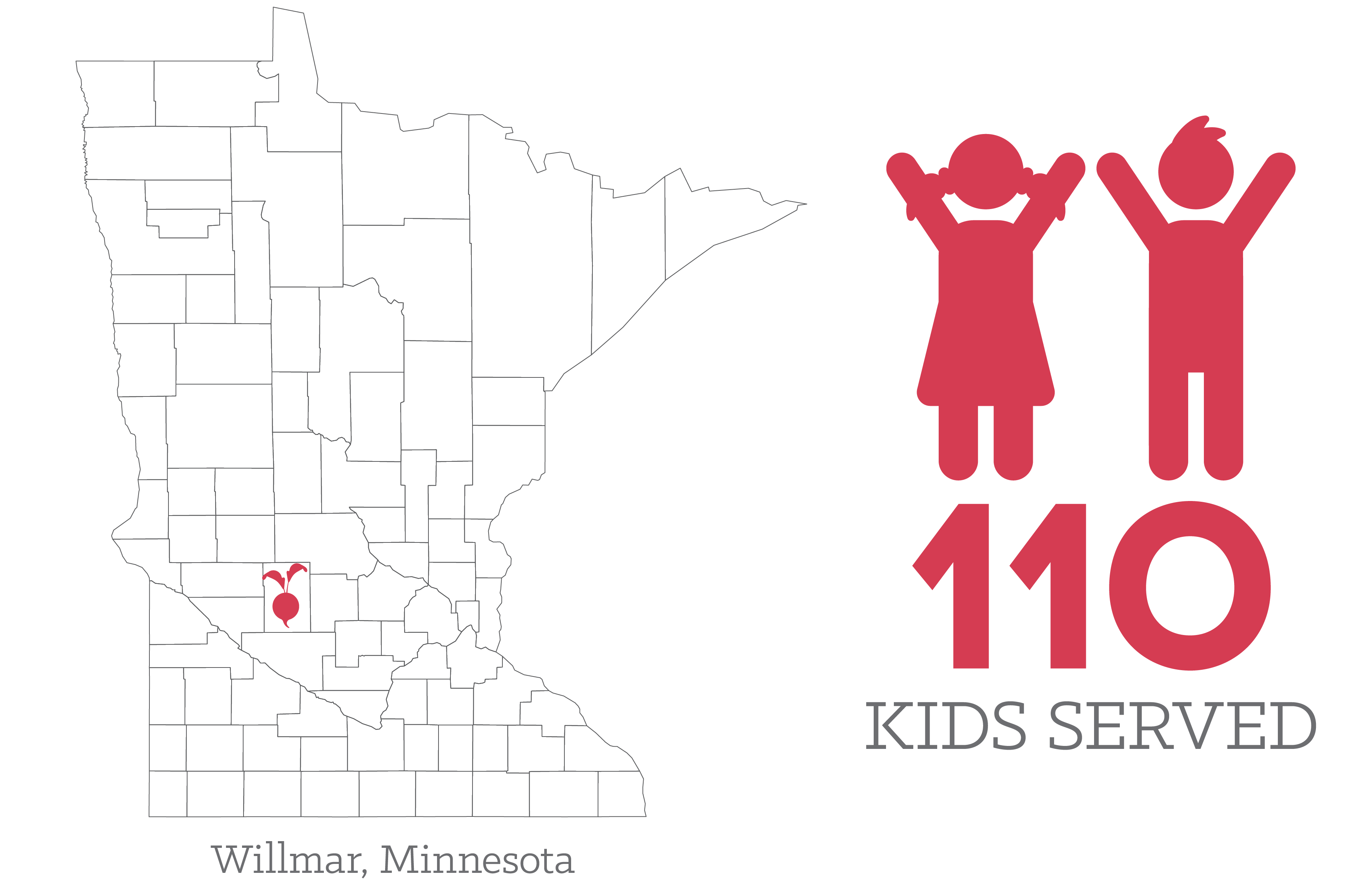 IATP and UCAP planned to pilot the initiative at UCAP’s two Head Start sites in Willmar, where meals are catered by the Willmar Public School District. Initially, they hoped to coordinate orders with the school district’s food service director, who was already doing some local purchasing. Unfortunately, at the time of UCAP’s launch of Farm to Head Start, Willmar’s food service director did not have the capacity to adjust the menu to include the local foods UCAP wished to highlight or help connect them with new, local farmer partners. UCAP hopes to collaborate with the food service director to expand their Farm to Head Start initiative in the future.

Because UCAP is responsible for providing its own snacks, it was possible to plan to serve local foods at snack time. The next step was to identify a farmer who could supply the items.

In this rural area, there were not many options to get local food delivered, and IATP’s initial leads fizzled without confirming a connection with local growers. However, the partners had a breakthrough when a colleague from the Minnesota Department of Agriculture connected IATP with Beverly Dougherty, the founder and Project Coordinator of Real Food, a new food hub in downtown Willmar. Food hubs like Real Food are centrally located spaces that can aggregate, store and distribute produce from local growers. Unlike larger, mainline distribution companies, food hubs often source from smaller farmers and can offer detailed information to customers about the farms that grew their food. Food hubs are a huge asset to farmers, who may not have the capacity to package, store or market their own products. Real Food was immediately enthusiastic about partnering with UCAP.

“Tell me what you need,” Dougherty told them. “I’ve got a whole list of farmers here. We can put together a program and get it delivered.”

Dougherty believed in the Farm to Head Start mission and realized that participating in the initiative was a good opportunity for her budding food business. It demonstrated to funders that Real Food had a steady income stream and showed the positive impact the food hub could have on its community.

When UCAP was ready to begin highlighting local foods in October, Dougherty reached out to a grower she knew had an apple surplus and offered to buy them at a slightly discounted rate. Contacting growers with excess produce was a good strategy for getting reduced prices to fit into UCAP’s budget. Growers were excited that some of their produce was going to children in early care and were happy to get paid for food that could otherwise have gone to waste. Dougherty’s extensive knowledge of local growers was invaluable in making these connections.

UCAP placed orders through Real Food on a week-to-week basis, after Dougherty updated Randt about which foods would be available. Growers delivered their produce to Real Food, then Dougherty cleaned and stored it in her commercial refrigerator until it was time to deliver. When necessary, Dougherty coordinated for the produce to be processed at a third-party processor before delivery so that most foods arrived at UCAP ready to serve, but classroom support staff would occasionally do simple preparation, such as chopping. 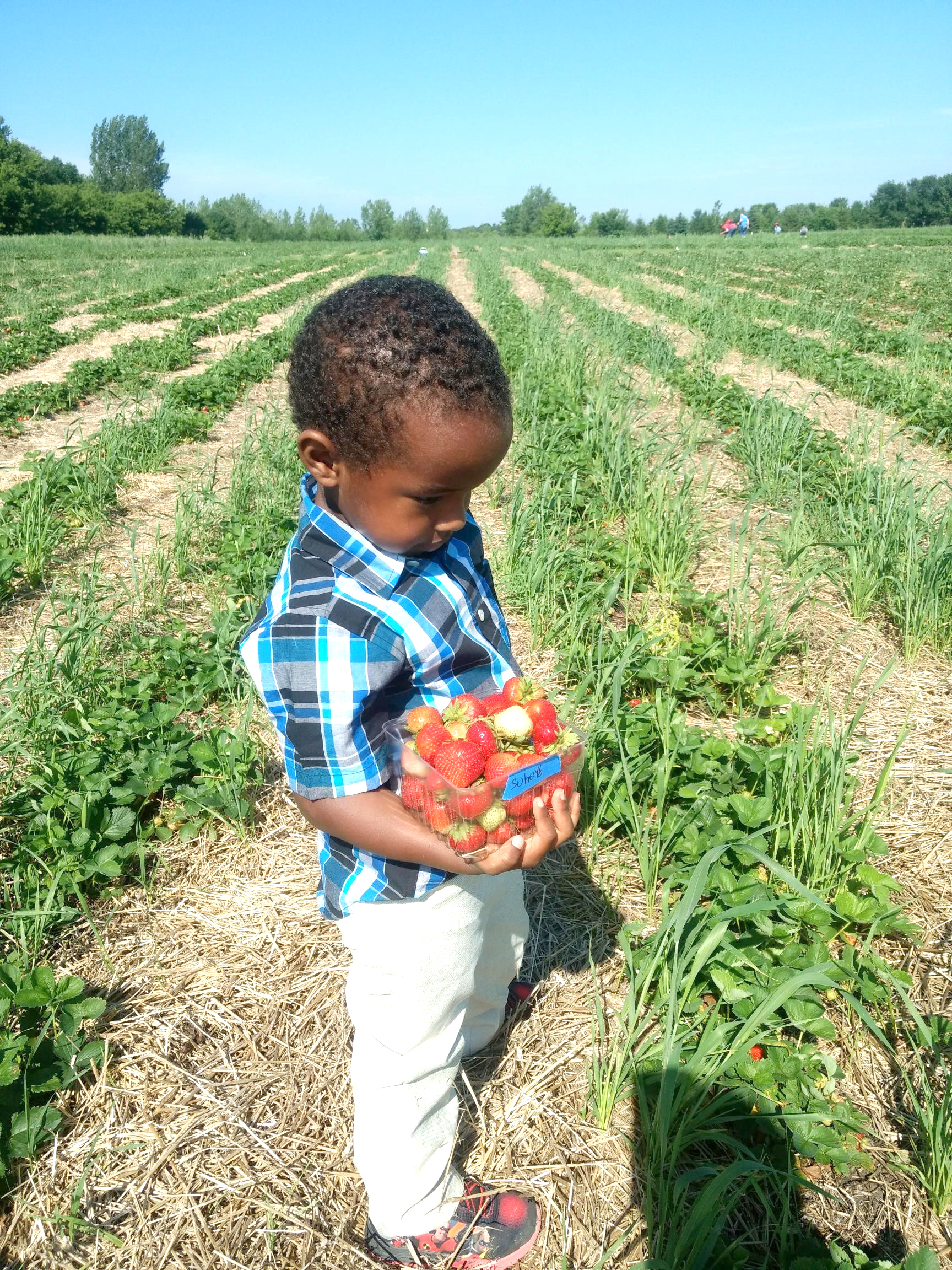 Dougherty and Randt were both committed to Farm to Head Start, and communication went smoothly as they remained flexible week-to-week. As a rural Head Start Program, a challenge for UCAP’s delivery logistics is having sites spread across nine counties. Piloting the initiative at the two Willmar locations allowed them to test how delivery would work before taking on the more complicated logistics of delivering to all sites. Randt herself is based in Cosmos, a thirty-minute drive from Willmar. If a product wasn’t available when she had planned to serve it, it would have been stressful and difficult for Randt to find snack alternatives and coordinate delivery last minute. Clear and proactive communication was key when navigating unforeseen circumstances, such as crop failures.

Both Dougherty and Randt agreed that the planning process was the most time consuming part of their partnership. It was crucial that Randt explained CACFP guidelines, such as portion sizes, so that Dougherty could work within those rules when ordering from growers. After the preliminary planning period, Randt spent an average of two additional hours per month working on Farm to Head Start tasks. Because the initiative fits into her content area, a lot of the work fell under her regular responsibilities.

Having a third-party processor has been critical for the sustainability of UCAP’s local purchasing initiative, as their kitchen facilities are minimal and staff are stretched thin. However, this convenience necessitates a slightly higher cost, something that Randt and Dougherty are negotiating going into their second year. 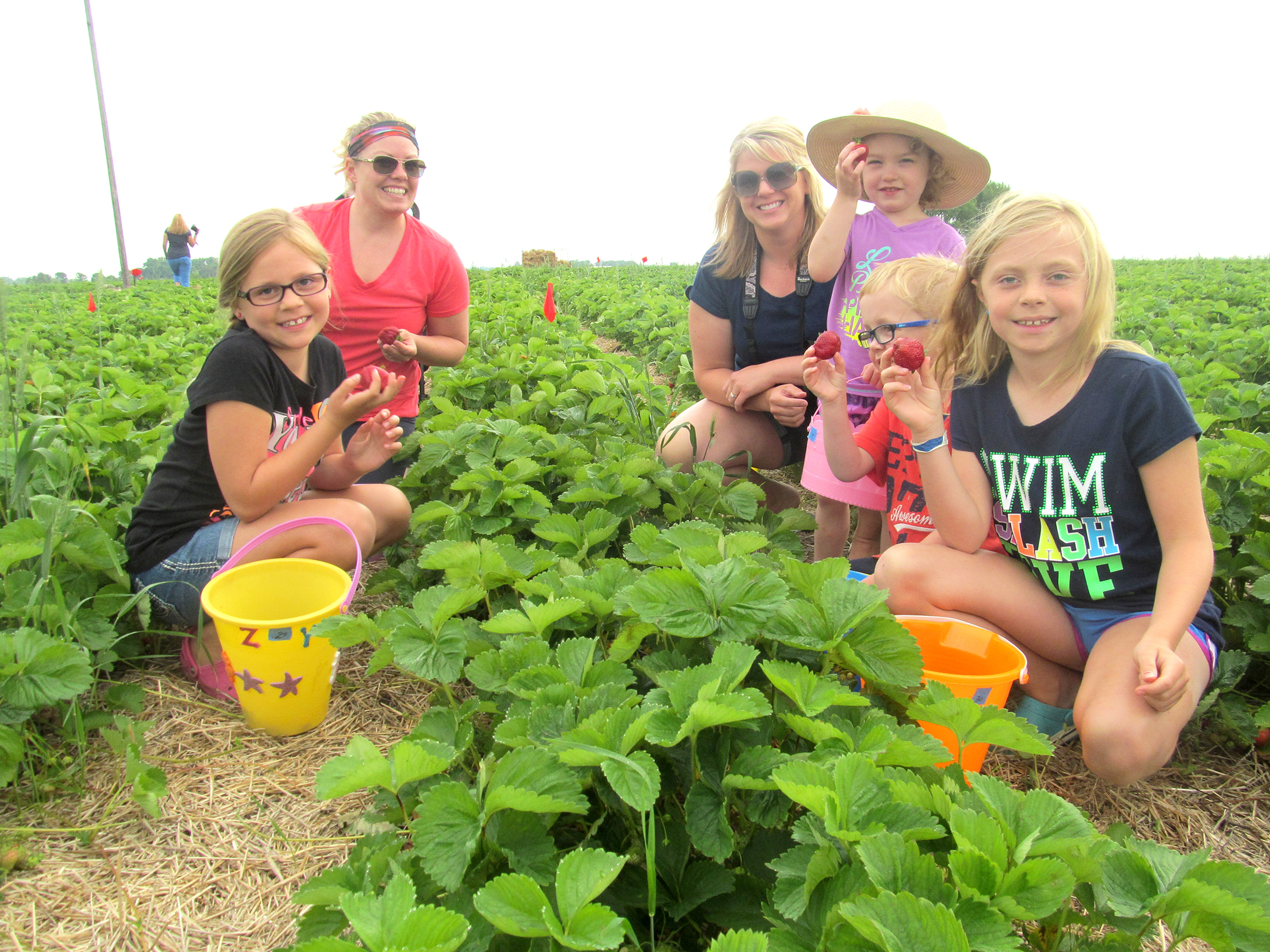 In conjunction with serving local foods at snack time, UCAP was able to successfully implement Farm to Head Start educational curriculum. Classroom activities were aided by farm- and food-related educational toys UCAP purchased (such as a model farmers market). Experiential learning made students excited about the produce and more willing to eat it. UCAP also planned two Farm to Head Start field trips, one to a berry farm and one to Real Food’s greenhouse, which were highlights for the children. Inviting families on these trips was a great, easy way of raising awareness and getting them involved. Families were also given information on how to access and cook fresh produce, hopefully encouraging them to replicate healthy eating habits at home. Seeing where their food comes from has helped families form positive connections to food and gotten them excited about buying local produce. UCAP did have some staff turnover in their family engagement team during the first year of Farm to Head Start, but they hope to continue expanding this part of their initiative in the future.

The feedback that Randt has received on Farm to Head Start from UCAP teachers has been overwhelmingly positive. They’ve noticed a difference in the quality of their snacks and really appreciate the flavor of the local produce. As one staff member said, “It just tastes better.”

The price of fresh items can be a potential barrier when it comes to sustainable local purchasing, sometimes due to the product price and sometimes due to the cost of processing or the additional staff time to prepare it. UCAP is reimbursed $0.88 for each snack that meets USDA guidelines. With their current purchasing model, they are paying $1.20 per snack. “We know that coming right from the farm, it’s going to taste better and fresher,” Randt explained, but it can still be difficult to fit into their budget.

Real Food and UCAP have both come up with strategies to navigate their budgets. Real Food is constantly expanding its client base, which will eventually lower costs through joint processing and deliveries. UCAP is exploring purchasing strategies that could help them reduce costs while supporting their Farm to Head Start initiative. One strategy could be to alternate more expensive, locally sourced food items with less expensive, non-local foods (for example, purchasing fresh, whole strawberries one week and canned beans the next)Farm to Early Care initiatives produce an economic multiplier effect; each dollar invested can generate an additional $2.16 in local economic activity for the surrounding community. Though it may require some creative menu strategies to make a partnership work, for Randt and Dougherty, the long-term benefits far outweigh the startup costs.

United Community Action Partnership (UCAP) was unable to get the caterer that provides their meals to source local foods during their first year of Farm to Head Start. However, UCAP is responsible for providing their own snacks and was able to implement a Farm to Head Start initiative by serving local foods at snack time. Partnering with fledgling food hub Real Food, UCAP capitalized on the knowledge of the food hub founder and her many connections to local growers to source surplus food at a slightly discounted rate.

Many thanks to Michelle Randt, Mary Lockhart-Findling, Beverly Dougherty and all other partners at United Community Action Partnership Head Start, Real Food Inc. and beyond who contributed to the success of this Farm to Head Start initiative!

Funding for this project is provided in part by the Center for Prevention at Blue Cross and Blue Shield of Minnesota and the Minnesota Department of Agriculture.

Read the other six case studies.