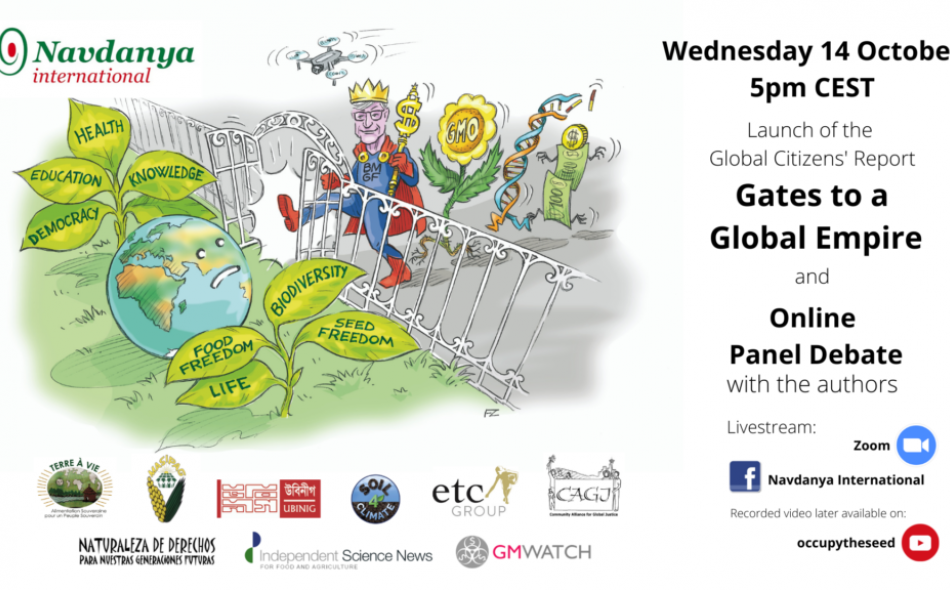 “Gates to a Global Empire” Report Launch and Online Conference

Navdanya International will launch its new Global Citizens’ Report “Gates to a Global Empire," which combines contributions from civil society leaders and organizations in cross-sectoral fields and testimonials from civil society movements across the world.

The report casts a light on the dangers of philanthro-capitalism, which is boosting the corporate takeover of our seed, agriculture, food, knowledge and global health systems.

A panel of contributing authors will present the report:

Timothy Wise, Senior Advisor at the Institute for Agriculture and Trade Policy (IATP).

Nicoletta Dentico, journalist, and director of the global health program of Society for International Development (SID).

Dru Jay, Coordinator of GeoengineeringMonitor.org, writer and activist in climate justice and Indigenous solidarity movements, based in Montreal, Canada.

Chito Medina, founding member of MASIPAG (Farmers-Scientists Partnership For Development), and former National Coordinator of the network. Associate Professor of environmental science in a leading university in the Philippines.

Register for the webinar: http://bit.ly/14OctGTGE.