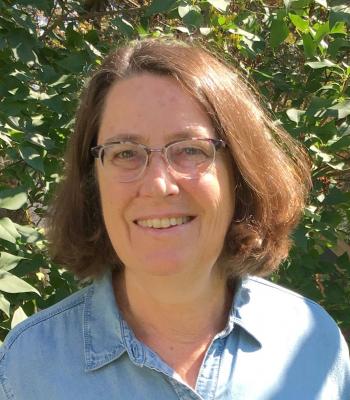 Sharon Anglin Treat is Senior Attorney at the Institute for Agriculture and Trade Policy. For more than a decade, a major focus of Sharon's policy work has included international trade agreements and their intersection with environmental, food and public health policy. Sharon first got involved in trade policy as a state legislator In Maine, which in 2004 established the Maine Citizen Trade Policy Commission to advise state and federal policymakers and to provide a forum for both educating the public and receiving feedback on the impacts of trade policy. Sharon has served on the Commission for a number of years, including several as co-chair, and represents the Commission on the Intergovernmental Policy Advisory Committee (IGPAC) to the U.S. Trade Representative. Sharon served 11 terms in the Maine Legislature from 1990-2014 in both the Senate and House, holding numerous leadership positions including Senate Majority Leader and chair of Committees on Judiciary; Environment and Natural Resources; Insurance and Financial Services; and Health and Human Services. She authored Maine Public Law Ch. 385 (2009), “An Act To Require Legislative Consultation and Approval Prior to Committing the State to Binding International Trade Agreements.” Sharon was Executive Director of the National Legislative Association on Prescription Drug Prices from 2004-2014, bringing the voice of state legislators to advocate for greater access to affordable medicines and against provisions in trade deals that limit government action to lower prices. After leaving the legislature and before joining IATP in 2017, Sharon continued her work on trade policy as a consultant and public speaker, working with several organizations including IATP, the Center for International Environmental Law (CIEL), and the National Caucus of Environmental Legislators. Publications include Selling Off the Farm, Corporate Meat's Takeover Through TTIP (for IATP) and Preempting the Public Interest, How TTIP will Limit US States’ Public Health and Environmental Protections (for CIEL). Sharon has practiced law with environmental organizations, in state government and in private practice. She was coordinator of the Environmental Studies Program at Colby College from 2000-2004, and has taught environmental law at Maine Law School and several colleges. Sharon has an A. B. degree from Princeton University’s Woodrow Wilson School of Public and International Affairs and graduated with honors from Georgetown University Law Center.