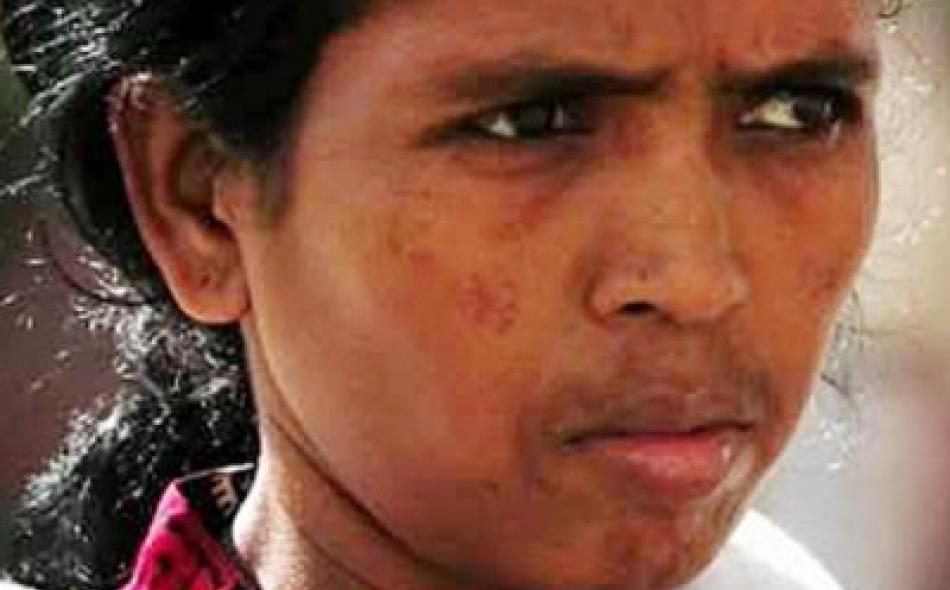 Soni Sori is an Adivasi school teacher who was arrested, tortured and sexually assaulted by Chhattisgarh state police in 2011.

As the world was getting ready to usher in the New Year, most Indians were mourning the death of one of their young women, gang-raped on the night of December 16 on a bus that she boarded along with her companion. This is not the first time a woman was raped while travelling, nor was it the first time a young middle-class woman was gang-raped. Yet it galvanized the young and the old, women and men of India in a manner that had not happened before. There were many gatherings across the country to protest and mourn; there was an outpouring of grief and anger online too.

As we celebrate International Women’s Day this year, I am most acutely aware of the grim reality faced by most women in this world: gender-based violence. It manifests itself differently in different cultures, but is omnipresent all the same.

Gendered violence is intrinsically linked to women’s livelihoods as well, such as women’s roles in agriculture and food systems: as farmers, agricultural laborers, food processors, and finally as the main persons responsible for providing and preparing food for homes.

Sheelu, a feminist activist with Tamil Nadu Women’s Collective, realized early on that sexual violence was an everyday reality for the women that the collective worked with, whether they were engaged in a household related activity (collecting water or firewood) or an economic activity (collecting fodder, employed in a agri-processing factory). Campaigns against gender-based violence quickly became one of the central focuses of the women's collective. These campaigns, in turn, created the conditions for the collective’s members to begin other work to empower women within the community and the region to address resource rights to improve their livelihoods. They became much stronger political actors able to more effectively claim their rights to food and land, something they could not have done without first addressing the violence that held them back at every turn.

Violence against women occurs in a multiple contexts: in the family, in the field, at the workplace, during caste, religious and communal conflicts, as well as by police and state officials. Sexual violence is used to control women (within the household or within the community), or the class/community she belongs to (e.g., in conflicts over land, inter-caste or communal violence or state-sponsored violence) in the event of a conflict. In contexts where women have no access to economic assets, they often have no recourse but to tolerate domestic violence.

Moreover, if the woman belongs to a community that is already in the margins of society, such acts of violence are often carried out with impunity, as is in the case of indigenous women in Canada, Native American women in the United States or Dalit women in India. According to Violence Against Dalit Women, the plight of Dalit (SC) women “seems much more alarming when one looks at the data pertaining to serious crimes such as rape and murder.” Simply put, women’s bodies often become the battleground for a number of different kinds of fights: cultural, communal, ethnic, racial, social, economic and domestic, and these fights can take place anywhere, public or private.

In the case of developing countries that are undergoing rapid urbanization and industrialization, the state can perpetuate or be complicit in human rights violations, as can be seen from the attempts to silence vocal women such as Soni Sori and several other less well known women in India. Similarly, when communities faced with displacement or destruction of livelihoods choose to exert their right to homeland and livelihoods, companies in search of metals and minerals may even resort to violence to silence them. Survivors of the gang rape of the eleven Q’eqchi’ women of Guatemala are suing the Canadian mining company Hudbay Minerals Inc. and its subsidiary HMI Nickel for its role in the violence against women protesting its operations.