Tar sands, trade rules and the gutting of human rights for corporate profit 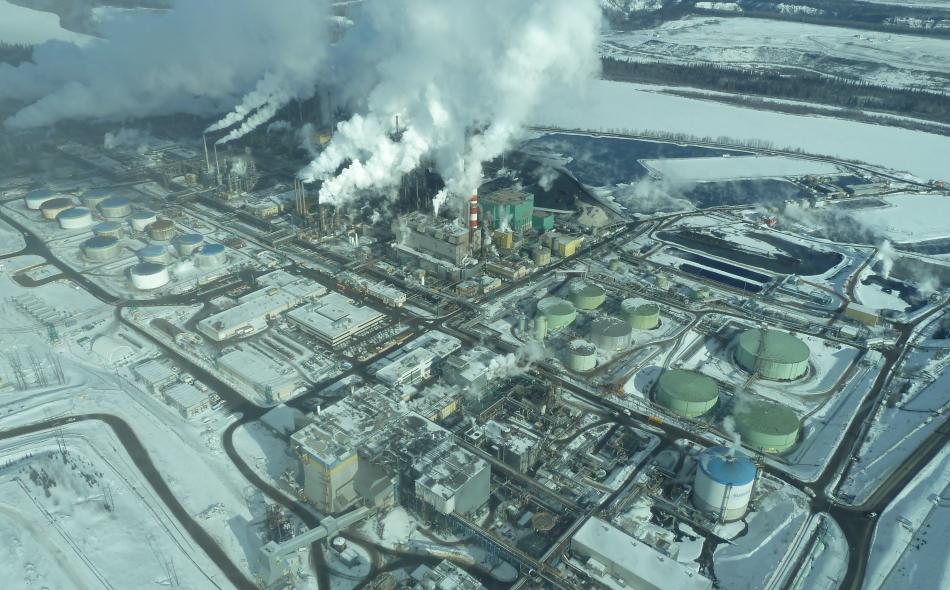 A new report released today from IATP takes an in-depth look at how tar sands have developed from an unconventional, inefficient energy source to the spotlight of the corporate agenda as conventional oil supplies dwindle. Tar Sands: How Trade Rules Surrender Sovereignty and Extend Corporate Rights follows the development of energy policy from NAFTA up to current free trade negotiations to illustrate that while energy sources evolve, one trend remains constant: The protection of corporate profits at the expense of human rights, sovereignty and the environment. With new free trade agreements in negotiation, the time for action is here: The public needs a seat at the negotiating table.

The Washington Post’s disclosure last month of yet another leaked EU Transatlantic Trade and Investment Partnership (TTIP) negotiating document on Energy and Raw Materials (ERM) brings to light the overwhelming emphasis placed on dismantling the United States’ ability to govern its own energy resources. Pressure to repeal the Energy Policy and Conservation Act (EPCA), due to new-found U.S. energy reserves through hydraulic fracturing, stands as most controversial to environmentalist and anti-globalist.

Instituted in 1975 in response to the 1973 OPEC oil crisis, the EPCA ensures domestic supply of oil by preventing U.S.-produced crude oil from being exported to foreign countries. As Senator Edward Markey puts it, the EPCA supports “American consumers, our economy and our national security by ensuring that crude oil produced in the United States remains in the United States.” Within the leaked document text, the EU would like the U.S. to rescind the EPCA and impose legally binding commitments by “guaranteeing the free export of crude oil and gas resources by transforming any mandatory and non-automatic export licensing procedure into a process by which licenses for exports to the EU are granted automatically and expeditiously.”

Following the EU proposal would not only reduce U.S. sovereignty over its natural resources, but also expose U.S. crude oil to greater demand in world markets, depleting domestic supply stocks and inevitably increasing gas prices at the pump. Deputy U.S. Trade Representative Michael Punke has stated that U.S. domestic law will not change, but the continued concessions made to what constitute a petroleum product will only liberalize energy trade in a less offensive way to the public leading to a similar end as repealing the EPCA.

John D. Rockefeller has been quoted as saying, “Try to turn every disaster into an opportunity.” Not one to let opportunity slip away, the EU has seized upon the Ukrainian crisis to qualify liberalizing energy trade through TTIP. Though the EU even acknowledges reducing trade barriers will not provide relief from their current precarious energy situation, they instead hypothesize Trans-Atlantic energy trade as the answer to future energy scarcity.

The leaked document states, “The current crisis in Ukraine confirms the delicate situation faced by the EU with regard to energy dependence […] lifting bilateral restrictions on gas and crude oil, will show our common resolve to increase security and stability through open markets. Of course, while this may—for several reasons—not have immediate effects, it would increase potential sources of supply in the future.”

To many this appears to be a reasonable request, however this Trojan horse would only lead to increased fracking and environmental degradation. Ilana Solomon of Sierra Club has translated the key points of the leaked document very well in her Huffington Post piece. Jean-Claude Junker, European Commission President-elect, has voiced his opposition to fracking, but the leaked EU negotiating document and leaked EU ERM draft chapter seem to tell a different story. The message inferred from these documents suggest the EU would like the U.S. to incur all the environmental and social externalities while the EU reap the energy benefits at U.S. domestic prices (Article E Dual Pricing).

Sadly, trade skirmishes over access and control of natural resources are nothing new. During the North American Free Trade Agreement (NAFTA) negotiations the U.S. was vying for, and eventually received, almost limitless access to Canadian resources. Today, the tar sands of Alberta are characterized by extreme (and inequitable) wealth and environmental degradation. As such, the debate about the tar sands has been reduced to an argument over jobs and the environment. Both points valid, but both seemingly insufficient. Missing from the discussion is an analysis of the systemic drivers of unfettered resource extraction occurring in Alberta.

In our new report, we hope to shed light on some of the key failures of trade and how neoliberalism has led to such a subversive system in the Alberta tar sands. NAFTA’s proportionality clause (article 605) and Investment chapter (chapter XI) have compromised Canadian sovereignty over natural resources and expanded corporations’ ability to influence laws resulting in large land acquisitions and the unmitigated extraction of Canadian natural resources by transnational corporations at the expense of human health and the environment. As the TTIP negotiations progress we need to ask ourselves, will the US and its new found energy reserves be another story of mismanagement driven by globalization?

An increasing number of people are beginning to realize that the term “free trade” denotes an extension of corporate rights and profits at the expense of sovereignty, labor and the environment. The current free trade negotiations of the Trans-Atlantic Trade and Investment Partnership (TTIP), Trans-Pacific Partnership (TPP) and Comprehensive Economic and Trade Agreement (CETA) are being negotiated behind closed doors. The opaqueness of government and corporation backroom dealings remove citizens from the conversation when it is these citizens who are subjected to the outcome of negotiations: affecting working standards, resource allocation and the environmental aftermath of reckless foreign direct investment. Yet we only get a glimpse of negotiating content through leaked documents. Transparency is necessary for democratic decision making. As citizens we need to know if it is our interests, or corporate interests being negotiated in these trade agreements. More than 20 years ago Ralph Nader wrote about NAFTA and General Agreement on Tariffs and Trade (GATT):

[W]ith citizens shut out of the process at every turn, it is no surprise that these trade agreements pose such a threat to the procedural gains of citizen movements in numerous countries in recent decades, to their potential to rein in multinational corporations, and to both Third World and industrialized countries’ ability to maintain control over their economies through some measure of feasible self-sufficiency. On procedural grounds alone, the authoritarian exclusion of citizen participation condemns the GATT and NAFTA operations. Are people to struggle for such rights as only to lose these rights in closed international negotiations dominated by corporate interests and their bureaucratic allies?

Nader’s statements are more relevant today than ever, and the stakes are even higher as we experience depleting natural resources, climate change, increasing economic inequality and economic instability. In the end, multinational corporations are interested in profit not the social and environmental externalities that affect everyone. In order to progress social standards we must demand the opening of trade negotiations to the public and oppose undemocratic mechanisms such as “fast track.”