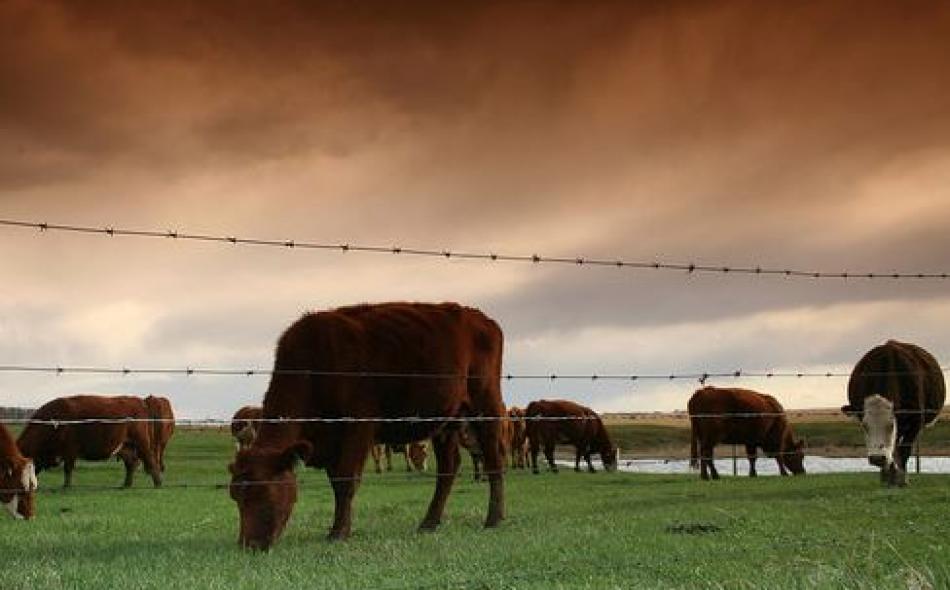 The North American Meat Institute, national beef and pork associations and other corporate lobbies of the powerful meat industry are seething at the historic new scientific report by the 2015 Dietary Guidelines Advisory Committee. Why historic? Because the committee takes on the meat industry head to head in a scientific report intended to help set five year national guidelines on nutrition and because for the first time, the recommendations take into account the environmental footprint of our food (production) choices. If these recommendations are accepted by the U.S. Department of Agriculture (USDA) and the Department of Health and Human Services (HHS), the report will not only help set national nutrition policy but will also likely impact the $16 billion school lunch program. The USDA and HHS will jointly release the National Dietary Guidelines later this year.

Based on their research, the Committee came to the conclusion that, “a healthy dietary pattern is higher in vegetables, fruits, whole grains, low- or non-fat dairy, seafood, legumes, and nuts; moderate in alcohol (among adults); lower in red and processed meat; and low in sugar sweetened foods and drinks and refined grains.”[i]

It is the emphasis on lower red and processed meat consumption that has the meat industry up in arms, particularly so because the Committee integrates environmental impacts in its approach to dietary guidelines:[ii]

Now, the powerful lobby is planning an all-out offensive in Congress to prevent USDA and HHS from adopting these recommendations as the national guidelines. Citizens can comment on the report until April 8th—the meat lobby hopes to extend this period to 120 days rather than the 45 typically allotted.

Quoted in Politico, Dave Warner, a spokesperson, for the National Pork Producers Council said, “We’ll go through it with a fine-tooth comb. We certainly will then talk to lawmakers about it and express to them our concerns.

Anticipating this response from the meat industry, close to 50 food, health and environmental organizations sent a letter to the USDA and HHS calling for the agencies to support the recommendations of their own advisory committee. The letter stated:

IATP also endorses the recommendations made by the advisory committee and cautions against the power of the meat industry in watering down our standards for healthy and safe food!

Public Comments to the Report can be given here until, April 8, 2015.