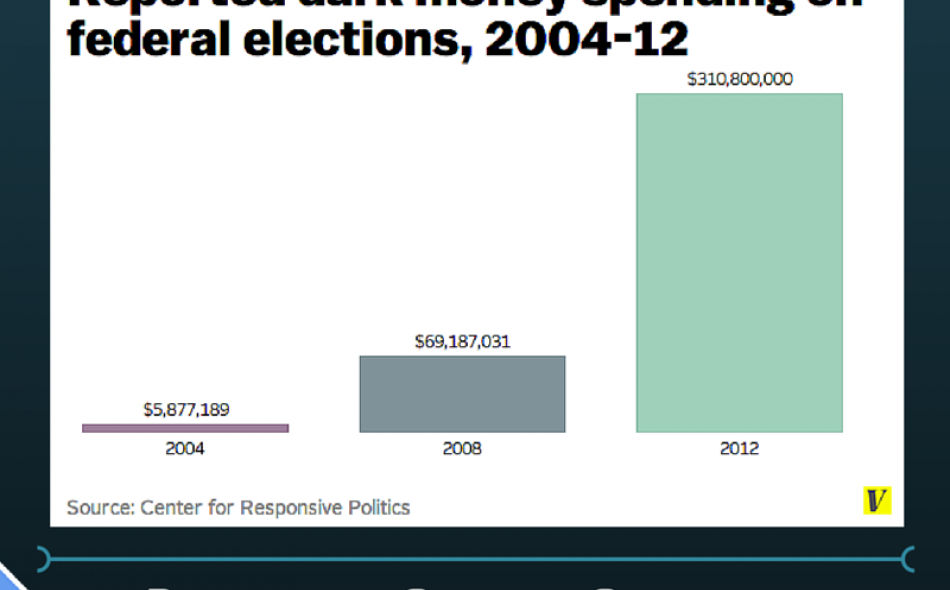 Since the Supreme Court’s Citizen United ruling five years ago, we’ve seen a flood of so-called Dark Money spent on political campaigns. While secret Dark Money helps agribusiness and food corporations advance their agenda in Washington, we get stuck with the tab for dysfunctional policies that don’t effectively serve the interests of farmers, consumers or the environment.

The good news is that shining a light on Dark Money is simple – but it will take some political courage. In the 2014 elections, more than $170 million in Dark Money was spent in elections through political organizations that don’t have to disclose their donors, according to Open Secrets. Since Citizens United, no new rules have been put into place to better inform shareholders about corporate political spending. Now, over one million people, and a growing coalition of investors and reform groups like IATP, are calling on the Security and Exchange Commission (SEC) to require public corporations to disclose their political spending to shareholders.

A new ad campaign is challenging SEC Chairwoman Mary Jo White to respond to this growing chorus pushing for full political spending disclosure. The ad campaign, “Where is Mary Jo White?” asks the SEC chairwoman to be a superhero and stand up for shareholders.

The growing pressure on the SEC to act on political disclosure is but one of several fronts citizens and shareholders are moving to shine a light on Dark Money. Investors have filed more than 110 shareholder proposals this year to increase disclosure on political spending. On April 2, more than 55 events in 28 states will call for President Obama to issue an executive order requiring that government contractors disclose their political contributions. Over 500,000 people around the country have joined the call for President Obama to act. Earlier this year, we documented how food and agriculture companies benefit from government contracts, yet are able to hide much of their political spending.

Full disclosure is but a first step in reforming our political system. But it’s a critical one. Dark money is one of the many tools agribusiness and food companies use to rig our democracy to their benefit, while blocking reform efforts. The 2016 election will likely be the costliest campaign season in our nation’s history. The President and SEC Chairwoman White need act on corporate political spending disclosure – our democracy can’t afford to wait.