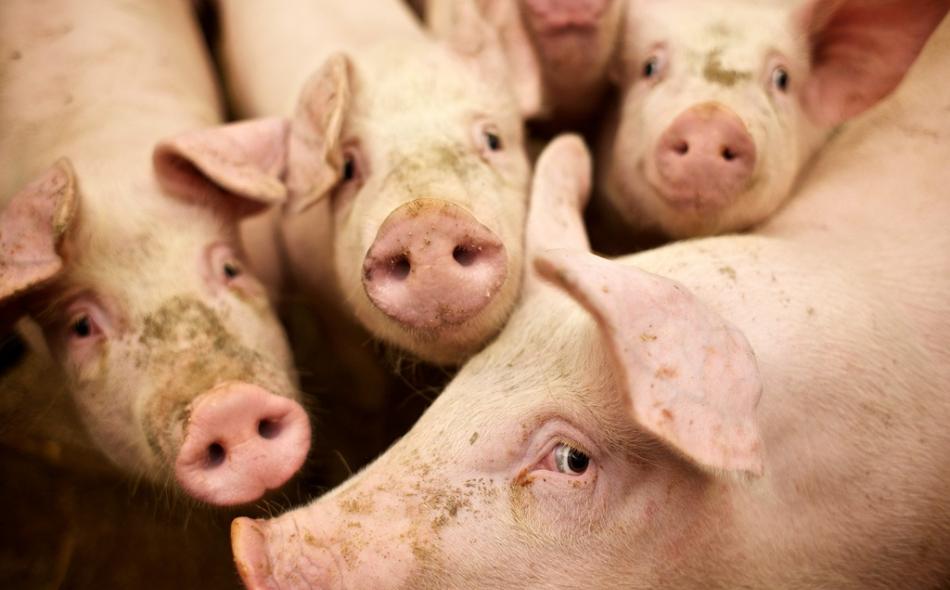 A massive global increase in factory-farmed meat production by 2030 will increase antibiotic use by 67 percent, posing a “public health threat,” predicts a newly released study published in the Proceedings of the National Academy of Scientists (PNAS). Rampant antibiotic use in factory farms, required by global meat corporations, is already resulting in an antibiotic-resistance crisis in the U.S. (over two million illnesses and 23,000 deaths a year due to resistant bacteria) and in the European Union (25,000 deaths annually). For the first time, scientists have mapped out the rise of antibiotic-resistant bacteria due to global antibiotic use in the feed of animals packed tightly in confined conditions.

Antibiotic use is projected to double in Brazil, Russia, India, China and South Africa (BRICS countries) given their shift towards “vertically integrated intensive livestock production systems” to meet rising demand for animal protein. Two-thirds of the global increase in antibiotics is predicted to come from a net increase in the number of animals used in factory farms and the remaining third will come from a shift in agricultural practices leading to new factory farms.

According to the study, 46 percent of Asia’s shift will come from switching traditional animal agricultural practices to factory farming. By 2030, antibiotic use in Asia will be close to 52,000 tons, roughly representing 82 percent of the total global use of antibiotics in meat production in 2010. China, US, Brazil, Germany and India ranked as the top five users of antibiotics in 2010.

IATP’s research on industrial livestock production in China found that:

In 2008, China already produced 210 million kg of antibi­otics, nearly half of which was put to use in the livestock sector. In contrast, in the U.S., the amount of antibiotics used for livestock was more than 29 million pounds (13.2 million kgs), which is 80 percent of total antibiotics sold in the country.1

According to the PNAS study, in 2030, China, U.S. and Brazil will remain the top three users of antibiotics in livestock while India will replace Germany for the fourth spot. Mexico is projected to become the fifth largest user, as shown in Figure 1. The largest increase in antibiotic use will take place in China followed by Brazil, India, U.S. and Indonesia from 2010-2030. However, several low-income countries will have the largest relative increase (relative to the much smaller quantity they use today): Myanmar (205 percent), Indonesia (202 percent), Nigeria (163 percent), Peru (160 percent) and Vietnam (157 percent).

The researchers point out that while global mapping has been conducted for other major public health issues such as malaria or tuberculosis, this is the first study to undertake a baseline study for global antibiotic use linked to livestock production. In the U.S., close to 80 percent of the antibiotics sold are used for industrial livestock production, with no binding regulations on the drugs’ use.

The study cautions that antibiotic-resistant bacteria (ARB) is already a serious problem in China and in India, one of the highest bacterial-disease burdens in the world where overuse of antibiotics in human medicine is also rampant. For instance, close to 95 percent of Indian adults carry at least one strain of ARBs. As India rapidly converts its livestock rearing into industrial production, this problem is expected to become “a formidable challenge for Indian public health authorities."2 This is particularly so if India continues to lack any regulations on antibiotic use in the livestock sector. In fact, the lack of antibiotic-use regulation is prevalent in all developing countries where growth in factory farms is expected.

Even in the United States where the crisis has been evident for decades, the powerful meat industry has successfully influenced Congress to block the passage of the Preservation of Antibiotics for Medical Treatment Act (PAMTA) several times. Last year, after years of public health advocacy, the best the U.S. Food and Drug Administration (FDA) achieved was a set of voluntary guidelines for the industry to not use antibiotics as growth promoters. This is seen as inadequate by many policymakers and experts.

The researchers of the PNAS study were forced to make conservative estimates on global antibiotic use based on projected global meat demand, livestock densities and antibiotic use in high-income countries because:

Data on antimicrobial use in livestock are scarce, stemming from both the lack of publicly funded surveillance systems and the reluctance of food animal producers, animal feed producers, and veterinary pharmaceutical companies to provide comprehensive reports of antimicrobial consumption or sales.3

Antibiotic use monitoring and regulation in industrialized countries has been difficult because the meat industry is enormously powerful and able to successfully thwart attempts to collect data let alone create effective regulation. In fact, in the U.S., the industry has been able to expand in spite of considerable opposition from rural constituencies.

The PNAS study demonstrates that the costs of inaction are high and that with timely regulation now, this epidemic can be averted. It is an important step in quantifying the global ARB epidemic linked to industrial meat production and provides strong rationale for a global approach to regulating the industry in the short term while empowering farmers and ranchers to transition away from this model of livestock production.