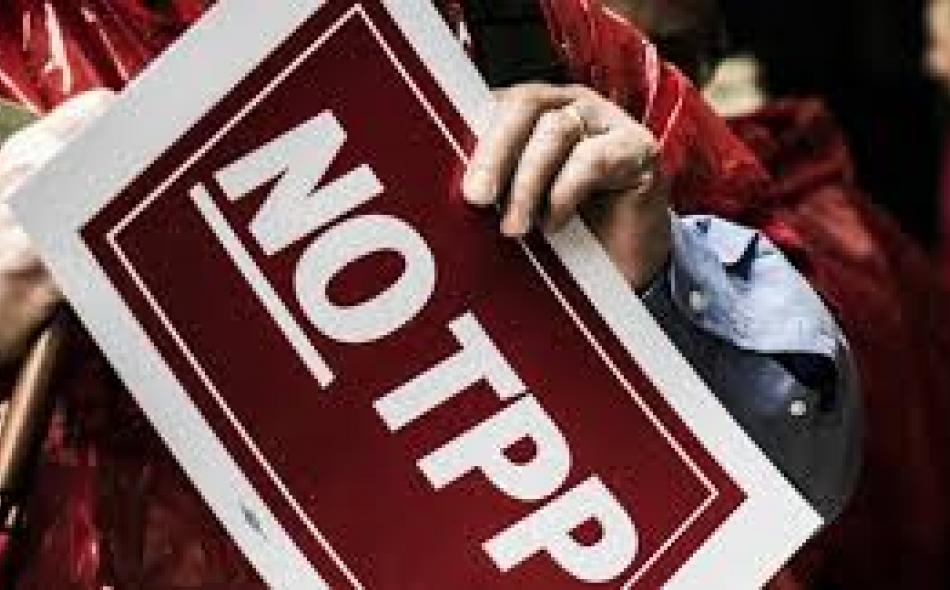 There were some decidedly Kafkaesque aspects of the Congressional debate this week on Fast Track legislation, designed to speed through the passage of secret trade deals that could have a serious impact on our food system. At first, the Senate refused to approve a bill to limit debate on Fast Track. Then, when the Senate did approve that bill, it turned out the real debate over Fast Track wouldn’t be happening in the Senate at all, but rather in the House (but not yet).

What?? Essentially, the Senate votes this week were over a procedural mechanism (cloture) to bring Fast Track to a vote (but not yet over Fast Track itself). The actual Fast Track vote will likely come in the Senate in the next few weeks. As we’ve discussed before, Fast Track would limit Congressional debate on trade agreements to an up or down vote, no amendments allowed. It would include the Trans Pacific Partnership (TPP, with 11 other Pacific Rim countries) and the Transatlantic Trade and Investment Partnership (TTIP, with Europe) and any other trade agreements negotiated over the next six years, including those completed by the next President. The votes this week were notable mainly because the Senate action had been expected to pave the way for a much more contentious vote in the House of Representatives. And it didn’t work out that way at all.

So much of the debate on free trade agreements is about unmasking the corporate agenda in what appear to be obscure legal texts. “Free trade” agreements are for the most part not about trade at all. Writing about Investor-State Dispute Settlement (included in both TPP and TTIP) in The Guardian this week, Nobel Laureate Joseph Stiglitz commented, “Rules and regulations determine the kind of economy and society in which people live. They affect relative bargaining power, with important implications for inequality, a growing problem around the world. The question is whether we should allow rich corporations to use provisions hidden in so-called trade agreements to dictate how we will live in the 21st century.”

These rules matter for our food system as well. Whether it’s the GMO labeling law in Vermont, limits on eggs produced in battery cages in California, or ambitious efforts to connect farmers, eaters and decision-makers in food policy councils across the country, people are taking action to create new rules to rebuild our broken food system. On those issues, the bottom line is that trade deals create new obstacles to change.

While the lack of transparency makes it difficult to know the details, free trade agreements are not designed to make our food system safer. They are designed to increase trade by multinational corporations. And, by design, they create an obstacle course for new rules on food safety.

First, we have rules on Sanitary and Phytosanitary Standards that require that any food safety rules be based on sound science and be the least trade restrictive possible. In practice, these requirements mean that rather than proving that food additives or pesticides are safe before they enter our food system, they have to be proven unsafe before they’re taken out. And regulators are forced to look at what’s most trade-friendly rather than what’s best for public health.

Second, there are rules on Regulatory Coherence. We know more about what’s in TTIP, but even leaked TPP text from a few years ago shows that each country would set in place a process to vet new regulations and conduct cost-benefit analyses that won’t account for the true benefits for public health and environmental protection.

Third, there is Investor-State Dispute Settlement, which gives foreign companies the right to sue governments over laws that affect their expected profits. Even if a new rule makes it through those first two obstacles, it could run squarely into a lawsuit from investors. This could be used to challenge any laws, state or federal.

How would this play out? Say we have a new rule on food safety or an emerging technology like nanotechnology in food. First, regulators would have to prove that the science is definitive, and the least trade restrictive possible. Then they have to pass through the hurdles of Regulatory Coherence, collect comments and prove it’s the most cost-effective option. Then, if it does pass, any company alleging damages could use the data on costs gathered in the impact assessment as evidence for an investor-state lawsuit. It will become harder and harder to make any new rules that protect public health and the environment.

These rules matter. We also need to know more about what’s in our food, both in terms of its nutritional value and how it is produced. In its 2015 report on trade barriers, USTR lists new food labeling laws in Mexico, Chile, Peru and Japan as unfair barriers to trade. And the negotiating objectives in Fast Track specifically call for action against “unjustified trade restrictions or commercial requirements, such as labeling, that affect new technologies, including biotechnology,” something Rep. Peter DeFazio condemned as the “Monsanto Provision,” since it could be used to knock down GMO labeling in this country and abroad.

We need to rebuild our broken food system. We need new laws to regulate harmful pesticides and food additives. We need better food labels. We need new programs to produce healthier foods at prices that are fair to consumers and farmers. A lot of this is starting to happen at the local level all across the country. We must protect these fragile gains, and find ways for them to flourish, not create new obstacles to change. These trade deals are another way to place our nation’s food safety in the hands of a few food corporations, to diminish the public’s role in ensuring safe food and to weaken the rights of consumers to know what’s in their food.

Members of Congress will continue to be under enormous pressure to approve fast track over the next few weeks. It’s important to reach out directly to your Representatives and Senators, even if you have done so before, to urge them to reject Fast Track. These decisions matter.