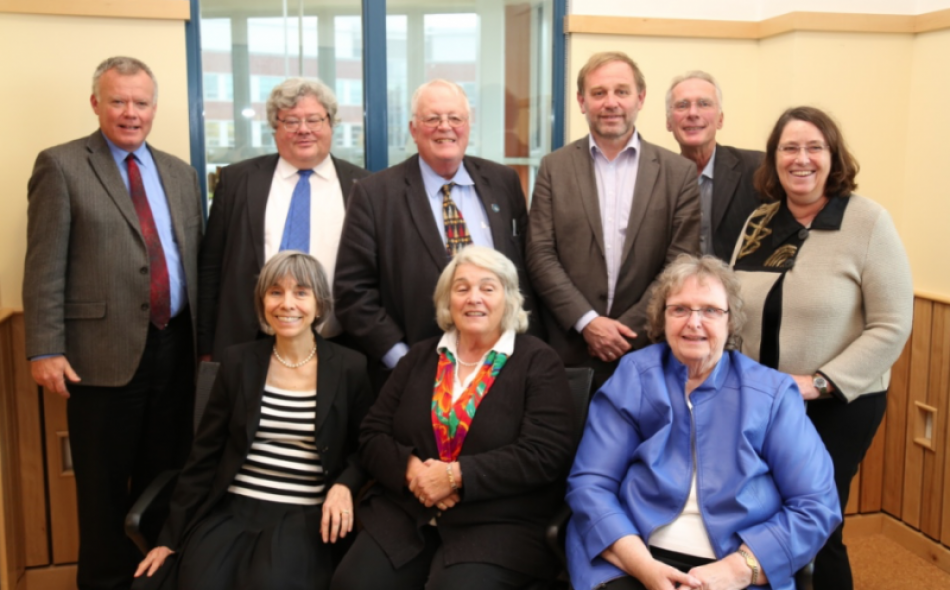 When State Senator Virginia Lyons thought it would be wise to develop legislation to reduce harmful electronics waste in her state of Vermont, the last complaint she expected to receive was from the People’s Republic of China. The Chinese it seemed, had issue with how new E-Waste reduction measures for Vermont would impact their sales of electronics to the USA.

“I was taken aback” said Senator Lyons at a meeting of the Vermont Commission on International Trade and State Sovereignty. “Why was an issue like better recycling causing such a fuss? They pushed hard on us to change our minds. In the end we implemented the changes, and I’m pretty sure the Chinese are still selling electronics.”

This small anecdote might sound innocuous to some, but it raises compelling questions about the intrusion of other countries into legislators work at state-level. On health and environmental issues, Vermont is known for setting the bar high, and is well versed in the pushback that comes from the powers that be. They were the first state to ban Fracking in 2012, and have worked hard to protect waterway systems and develop coherent environmental and consumer protection policies. This year the state is being sued by a consortium of agri-industry giants lead by the Grocery Manufacturers of America, for introducing labeling requirements for genetically engineered (GE) foodstuffs.

Many of the same companies involved in the legal action are also advocating for a strong “comprehensive” trade agreement between the EU and US, a discussion on which brought together the Vermont Commission on International Trade and State Sovereignty, the Vermont Council on World Affairs, the National Caucus of Environmental Legislators (NCEL) and members of the European Parliament to Burlington VT, on November 6.

While TTIP has been overshadowed in the US by its sister agreement, the recently concluded Trans-Pacific Partnership (TPP), an all out war of words is raging across the Atlantic, as European citizens grapple with scope and manner by which the negotiations have been orchestrated. In October, a petition advocating against TTIP reached 3.2 million signatures, and polling shows a majority against it in countries like Austria, Luxembourg and Germany.

“The main issue driving the anti-TTIP sentiment in Europe is the power of corporations,” explained Reinhard Bütikofer, Member of the European Parliament from Germany. “When some of the most powerful business lobbyists have been involved in co-writing the deal to suit themselves, it doesn’t bode well for ordinary people or the environment, whether in Europe or the US.”

Freedom of information requests revealed in 2013 that 93% of the preliminary meetings the EU Commission had on TTIP were held with corporate lobby groups, while in the US, the trade advisory system is dominated by industry pressure groups, accounting for 85% of seats.

With the big players in driving-seat, social and environmental considerations have been viewed more as “burdensome” trade irritants that should be stymied, rather than important societal choices. Nowhere is this more apparent in the “regulatory cooperation” chapter proposed in TTIP.

“This is a completely new thing, and state legislators need to watch out.” explained Sharon Treat, former state-legislator from Maine and member of the Maine Citizen Trade Policy Commission. “It’s not even in the TPP, and could have a real effect on how US states make decisions.”

In effect, Treat explains, the deal sees the creation of a new oversight body, that would act as an early-warning system for both sides when states or countries plan to introduce new laws or regulations. This body will assess the proposals for their trade impact, through a limited perspective that would demand the “least trade restrictive” measures are finally adopted, regardless of the intention of the proposal.

Effectively, instead of getting a call from the Chinese, TTIP will require US states to call ahead to Europe to check they can proceed with any new laws. That means more time, and more avenues for big business to frustrate and derail progressive public policy:

“When you’re crafting a new law on an important issue, such reducing toxics in food packaging as an example, you don’t go first to those forces you know will organize to oppose it, like a chemical company and say ‘hey look- this is what we’re working on.' That’s just common sense. So why would we allow that in a trade deal?”

“TTIP might be negotiated in Washington, but all states will be party to the agreement,” says Treat. “The regulatory cooperation chapter could apply to most if not all of US state laws and regulations, even if they’re not directly related to trade. The potential for companies to slow down or stop progressive policy making in the US is huge.”

Treat also explained the interests involved behind the scenes. Industry associations like the US Council on International Business (USCIB) and the American Chamber of Commerce to the US (Amcham) want regulatory cooperation as a means of preventing regulations by US states. And the pressure is two-sided. In Europe, EU politicians are already feeling it:

“TTIP is a huge prize for big corporations, and they know it.” Bart Staes, Belgium MEP said “We in the European Parliament have seen first hand the pressure TTIP has created to change our laws, especially when it comes to GMOs. The US side are working extremely hard to press us to allow greater access of GM crops, based on requests by agri-industry and despite many EU countries being dead set against them.”

The EU also wants greater state-level access for procurement in the US, which could mean substantially altering US state’s procurement criteria. Whether supporting small companies, or sourcing workers and produce locally and sustainably, EU companies have an interest in undermining those rules for great access to state markets, from wholes cities, to hospitals and universities.

“Local purchasing programs, such as farm to school programs, source healthy locally sourced food for 23.5 million students in the US.” Karen Hansen-Kuhn, Director of Trade at the Institute for Agriculture and Trade Policy explained. “Bodies like the Los Angeles Food Policy Council, and 200 other similar bodies across the US, are setting the bar high when it comes to good food purchasing programs. We don’t want these initiatives undermined by the new criteria set in trade negotiations like TTIP.”

Hansen-Kuhn noted the comments of former French minister for Foreign Trade Nicole Briqc, who said in 2013, “Why not replace “Buy American” which penalizes our companies with “Buy transatlantic” which reflects the depth of our mutual commitment?”

But is it a given that US states would be willing to compromise their local commitments to suit the Europeans?

“Buy America might have some problems, but in my mind, if you’re using public money, it should be for the public good, like local employment” says Karen Hansen-Kuhn. “Fewer and fewer states are willing to sign on to binding procurement provisions that appear in trade deals. It’s not by coincidence. Who would decide if a state university or public hospital is bound under the procurement criteria in TTIP?”

New Hampshire State Representative Bob Backus said he was grateful for the attendance of representatives from the European Parliament, and “shocked” by implications to some of the proposals under the EU-US trade deal.

MEPs Bart Staes and Reinhard Butikofer noted that legislators from US states and EU member countries shared many concerns, and needed to work closer together to expose the threats of TTIP and the corporate interests pushing these agreements.