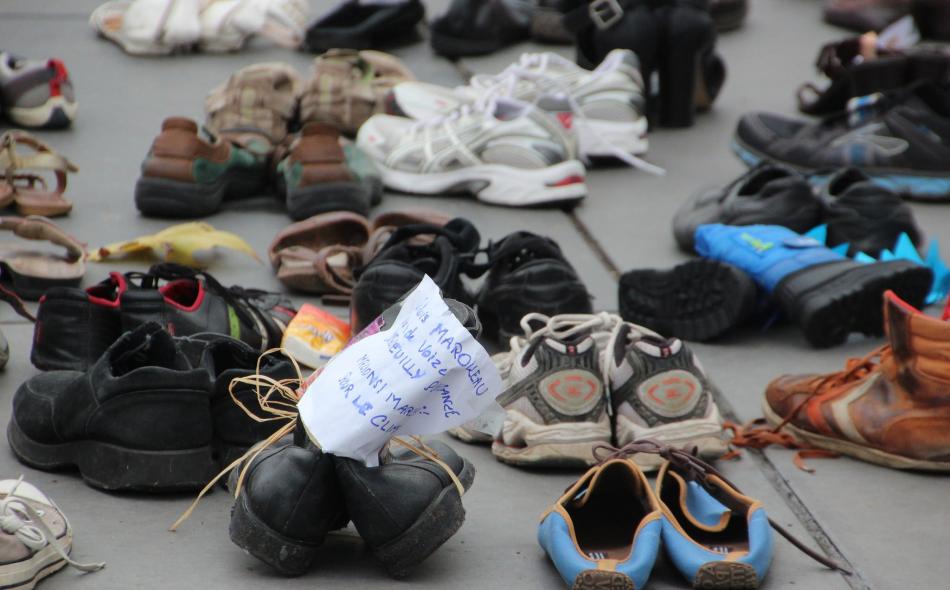 Paris - After four years of negotiations, countries from around the world aim to complete a new global climate deal in the next week. A new 48-page draft text was circulated this weekend and there will be a lot of horse-trading and late nights in the coming week. Here are a few of the key issues we’ll be tracking:

The essence of a proposed Paris climate deal are national commitments, known as INDCs, made by governments to reduce their greenhouse gas emissions. Those commitments were submitted prior to Paris and include how much each country will reduce emissions beginning in 2020 and continuing through 2030. They also describe national policies that will help achieve those reductions. Many of these include polices around energy, forests, agriculture and food security.

A clear weakness of these commitments is that they are voluntary, with no real accountability mechanisms in place—aside from public shaming. There is no roadmap for reviewing them and potentially ratcheting them up as the science and conditions change. Many countries and civil society groups are pushing for a five-year review process starting in 2020, known as a ratcheting mechanism.  Such a review would assess progress on current commitments and determine whether stronger commitments are necessary. The U.S. is pushing for a legally binding commitment to monitor, verify and report emissions to an international body, but there is some reluctance by developing countries who may not have the capacity to report emissions. IATP and other civil society groups want greater accountability and transparency in the reporting on those commitments—and a continuing ratcheting up of those commitments better aligned with historical contributions to climate change.

How strong of a commitment to food security?

While the draft text does not include the word “agriculture,” it does include the terms “food security” and “food productivity.” While “food security” is present in the Preamble and other parts of the text, the term “food production” is in the operative parts of the text (the specifics of what countries agree to). This is an example of how a few words can mean a lot within international negotiations. Calling to protect food production within the text is not the same as food security. We already produce enough food to feed the world, but many other factors, particularly extreme poverty, cause food insecurity. Food security is an established Sustainable Development Goal, agreed to in September, where countries agreed to eradicate hunger by 2030. The internationally agreed upon definition of food security comes from the UN World Food Summit in 1996: “Food security exists when all people, at all times, have physical and economic access to sufficient, safe and nutritious food that meets their dietary needs and food preferences for an active and healthy life.” The emphasis on “food production” is coming from Argentina, a major agricultural exporter, but likely also from agribusiness traders. Food production and distribution is more closely linked to agricultural business and trade, which is discussed at the World Trade Organization and multilateral trade partnerships. The food production framing serves global agribusiness companies, many of whom are major greenhouse gas emitters, according to a new report released earlier today by Global Justice.

How strong is the commitment to human rights?

Many countries and civil society groups feel it is essential that the agreement include strong references to the protection of human rights. Climate change related disruptions are already impacting human rights—the refugee crisis emerging from Syria is but one example. The UN human rights framework is a valuable realm of international law for assessing the impacts of climate change and an important tool for developing policy and actionable responses. Both Norway and the U.S. have been reluctant to include human rights as an overarching principle in the text. IATP signed a letter from U.S. groups calling on Secretary of State John Kerry to ensure that references to human rights remain strong in the climate text. The letter called on the U.S. to: “Explicitly recognize that human rights obligations apply when taking actions to address the impacts of climate change as well as actions to mitigate those impacts, thus ensuring the protection and promotion of human rights, including the rights of indigenous peoples, gender equality, inter-generational equity, just transition, food security, and ecosystem integrity.”

Who’s contributing money, how much, and where’s it going?

Essential to any global climate deal is money. Climate change is already causing enormous economic costs for the countries of the world. This is only expected to worsen. Additionally, countries need to begin to transition to cleaner energy and transportation systems, more resilient agricultural production and practices to protect forests and other natural landscapes. Discussions about finance quickly get into responsibility—who is responsible for historical emissions, who has benefitted from polluting economies and who should contribute the most to climate finance? In Copenhagen in 2009, countries agreed to a proposal by then-Secretary of State Hillary Clinton to supply $100 billion annually in public and private climate related finance by 2020. Many developed countries, including the U.S., cite a recent OECD analysis of climate finance that found that countries had already risen to  $62 billion by 2014,  on track to get to that $100 billion. Britain, France, Germany and Japan among others have made additional contributions this week. But the OECD analysis is contentious—largely because, as the OECD admits, there is no internationally agreed upon definition of what climate finance is. The dispute is partially over whether this is really new aid, or is it just re-packaging of existing development aid for education, agriculture and health that countries had already committed to. Civil society groups and the government of India (which issued a scathing critique of the OECD report last week) have criticized some of what counts as finance, things like market-rate loans and export credits. A report by Adaptation Watch earlier this year reached similar conclusions.

Going forward, civil society groups want a Paris agreement to set up a system to define and account for climate finance that is open and transparent. As Timmons Roberts and Romain Weikmans : “developed countries report whatever they want, since no system exists to discern what counts and what doesn’t. Likewise we have no agreement about what types of private finance should be counted, and how much.”

Additionally, there is no clear plan to look beyond 2020 in terms of finance commitments. Developing countries and civil society groups, including IATP, would like to see climate finance emphasize climate adaptation within funds like the Green Climate Fund, the Adaptation Fund and the Least Developed Country Fund—all of which have a broad public mandate. Other important opportunities to generate climate-related finance that are not part of the agreement but supported by civil society groups include a financial transaction tax, and the phasing out of fossil fuel subsidies; these efforts will continue at the national level after the Paris meeting.

There is guarded optimism here in Paris that a deal will be struck, though also a recognition that it will not be strong enough to meet the challenge of climate change. In such a wide-ranging agreement, the details will matter. Strong language that supports food security and human rights are essential to a meaningful agreement. As is a structure to continually ratchet up INDC commitments, as well as openly report on progress of those commitments. Finally, developed countries need to step up to the plate in terms of contributing more public money toward climate adaptation to better reflect their historic responsibility in causing the climate crisis. Participants seem hopeful that a Paris deal will be a first step of many on collective climate action and much-needed international cooperation. How big of a first step remains to be seen.